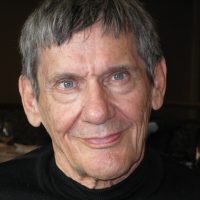 With a warm, welcoming smile and a sparkle in his eye, Ted was a kind and giving soul whose compassion touched many lives. Always intellectually curious, Ted loved to read, play Scrabble and bridge, and engage in spirited conversation. Ted cherished his family, his friends, and life’s simple pleasures.

Ted attended Royal Roads and the Royal Military College in Kingston and graduated in 1953 (#3139). He had fond remembrances of his time at RMC and cherished the lifelong friendships that he created while there.

For 60 years, Ted was a minister with the United Church of Canada. In 1995, he was awarded a Doctorate of Divinity.

Ted’s Celebration of Life will be on June 26th at 2pm at St. Paul’s United Church in Edmonton. The family wishes to say thank you to all who have shared in Ted’s life. In lieu of flowers, contributions can be made to the charity of one’s choice.

To you who has given so much

A song of love where beauty reigns and blossoms grow

the golden leaves that trace their value across

flesh and reveal their source deep within caverns

that have yet to be explored.

A song of love that is colored by the pains of yesterday, today and the tomorrows yet unborn…

A pain that brings forth into the sunshine of a new day, a caring and a living

that can hear the birds sing

that can feel a tear drop

that can embrace a smile

that can challenge you, O God, to share with all your children in this biosphere of life the gifts we have so generously received.

Condolences may be sent to : [email protected]

We regret to inform readers that 5336 Art Burgess died of lung cancer with his daughter, Sarah, at his side on 18 June 2017 in St Paul’s Hospital in Vancouver. He was born in Summerside, PEI, and attended CMR and RMC, graduating with a BSc in Honours Math and Physics in 1962. Art served with the RCN, and then obtained his PhD in Physics. Most recently, Art lived in Victoria, BC, and enjoyed attending the monthly RMC luncheons. His obituary will be published in the Charlottetown Guardian, and either the Times Colonist or the Vancouver Sun. A celebration of Art’s life will be held on PEI in September, with the details to be given in the obituary. Condolences may be sent to Sarah Burgess, 258 East 32nd Ave, Vancouver, BC, V5V 2Y3. 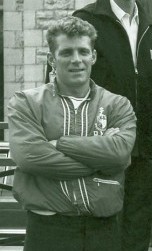 Rod Roberts had two different tours at RMC. First as a Sergeant in the early 1970s. Rod was a versatile and highly respected PERI who was a three team coach: track & field; cross country; and boxing teams.

He returned to the college in 1988 as a Captain (PERO) and filled the position of the Athletic Administrative Officer for two years.

We recently received word that Rod passed away at the  Kingston General Hospital 02 May 2017 after a fight with cancer. He was 78 years old.

Rod is survived by his wife Norma, sons Eric and David, daughter Jane and 5 grandchildren.

Many Ex Cadets, former staff and former colleagues from his time at RMC will remember him with fond memories.