6353 Peter Walker, graduate of the Class of 65 – former member of the  Montreal Alouettes

Peter passed away peacefully on July 24th. Beloved father to Pam (Ben) and Tim, and adoring grandfather to Ashley, Brady and Austin. Predeceased by his loving wife Susan, and affectionately remembered by his “little” brother Doug (Linda) and “big” brother-in-law John (Louise), as well as his wonderful nieces, nephews and dear friends (way too many to count but all so cherished by Peter). A memorial service to celebrate Peter’s life will be held at a later date. Details to follow. In lieu of cards and flowers, please donate to your charity of choice.

“Peter’s life is interesting for his accomplishments in sports and in business. He played for the Montreal Alouettes and he held executive positions in manufacturing, including in at least one high tech venture with world-wide sales.” 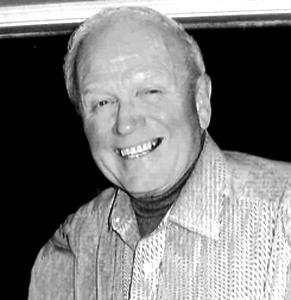 NOBLE, Richard Duncan (Dick) Born in Moncton, N.B., December 9, 1932, died peacefully May 12, 2017 in Palliative Care in Nanaimo Hospital. Predeceased by his brother, Ralph in 1999. Survived by June, his beloved wife of 63 years; sons, Peter (Kathy), Rod (Necerita), Scott (Sally) and Russell (Jodi); grandchildren; Allison, Connery, Jared (Lara), Josh (Chelsea), Nick and Kate; brother, Duncan (Vicki). The loves of his life were his family, his career in the automobile business and the many friends he met through golf, bridge, tennis, sailing, travel and other interests. He always said ” I’ve had a wonderful Life” No Funeral Service at his request. 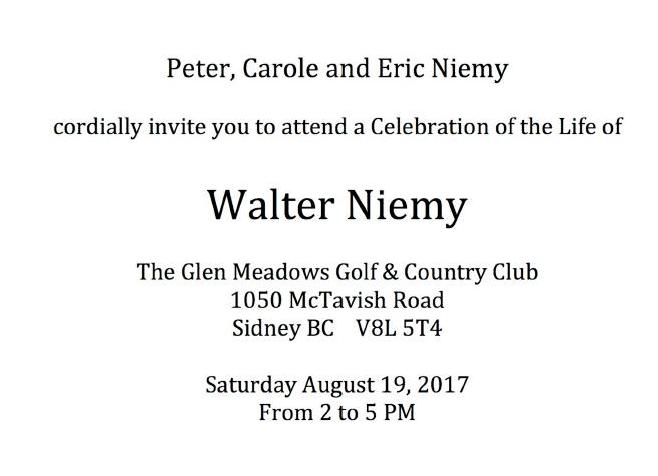 Those attending please RSVP to peterniemy@gmail.com but if you forget, you are welcome to just show up.
If you wish any comments to be added to those already compiled for display at the Celebration please email them to davewightman@icloud.com