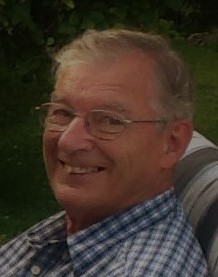 FORRINGTON, Frederick “Gordon” – Of London and formerly of Sundridge, passed away suddenly, on Friday, June 30th, 2017, at the St. Thomas-Elgin General Hospital, at the age of 81. Dearly loved husband of Katherine (Low) Forrington and loved father of John (Patti), Jim and Jane Forrington. Cherished grandfather of Sarah and Katherine. Dear brother of Jack Forrington (Mary), Muriel Shrake (Brian), York Forrington (Catherine), Gerald Forrington, Ray Forrington (Anny) and Leslie Forrington (Christine). Sadly missed by a number of nieces and nephews. Gord was born in Alberta on August 12, 1935, the son of the late Gordon Robert and Cecily (Pennock) Forrington. He taught High School in Aylmer and Sundridge and finished his career at King’s College, London. Gord was a former President of the Sundridge Legion and a former member of the Sundridge Lions Club and the London Kiwanis Club. He was also a Past Fire Chief with the Sundridge Volunteer Fire Department. A “Celebration of Life” was held on his birthday, August 12, at King’s University College in London,. Ontario.1

Disestablishing the Labor Service—Then Bringing the Service Back