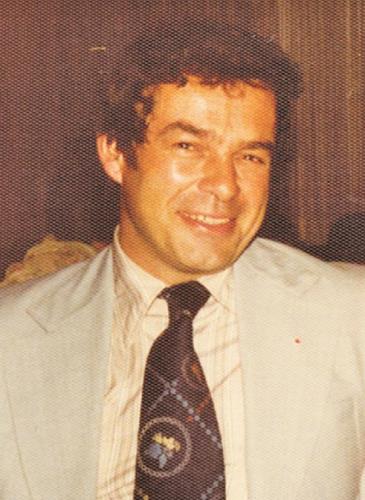 KELLY, Norman – Humanitarian, Civil Engineer, Farmer, Sailor, at age 83, died peacefully with family at his side on November 24, 2017 at Mount Sinai Hospital. Loving partner to Claire Hewitt, dear brother of Joanne (Paul) of Orillia, predeceased by his parents Samuel Kelly and Simone Raymond of Cobalt, ON. Former husband to Lorna Cadieux of North Bay. Beloved father of Patricia (John Kirby), Michael (Michele), Alison (Gerry), Dana, Sean, and Bryde. Proud Grandfather, aka “Farmer Norm” to Sam, Eli, Tau, Madeleine, Kate, Paisley and Harlan. Born in Toronto on July 9, 1934. A graduate of Royal Military College of Canada and Queens University in Civil Engineering, he served as a Captain in the Engineer Corps in Chilliwack, B.C. for 3 years. A pioneer in Computer Technologies, he worked at I.B.M. and Deloitte Haskins as a Systems Consultant before founding his company, Computer Utility Management Limited (C.U.M.L). Norm invested in a Toronto restaurant, Shakespeare’s and a hotel in Belize. His love of sailing led him to buy a vessel from Greenpeace, which he sailed in the Aegean on Turkey’s coast. In retirement, he and Claire ran “The Little Video Store” on Baldwin St. in Toronto. He played hockey with St. Mikes and Port Credit Old Timers well into his 70s. A Human Rights advocate with deep political interest, he was involved with many causes over the years. Norm was a champion of social justice and an accomplished historian. A celebration of his life will be held in May in Toronto.