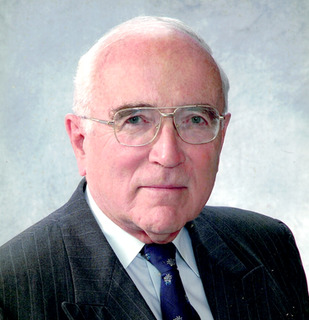 3958 Col. Ian David Isbester (Retired) – Passed away on Wednesday, March 7, 2018 at the John M. Parrott Centre in Napanee after battling Parkinson’s Disease for a long time.

Ian was a graduate of Royal Military College, Carlton University, Bachelor of Science, Engineering, and then on to his MBA at Western University. Ian’s military career took him to every part of the world, all of which he explored, adopted and devoured. Many long lasting friendships were made during that time, especially National Defense College days.

Ian’s last posting was Ottawa where he remained until moving back to Napanee in 2016.

His days at Ambleside Drive and the condo association forged a whole new avenue for relationships as he spent many years on the Condo Association Board. Ian’s summers were spent on the Bay of Quinte, Long Reach, Sans Souci Road, where he built a summer home on the property that had been the family cottage purchased shortly after his dad had passed away. His job there, aside from enjoying the venue, was to be the long standing secretary of the Napanee Campground Association. 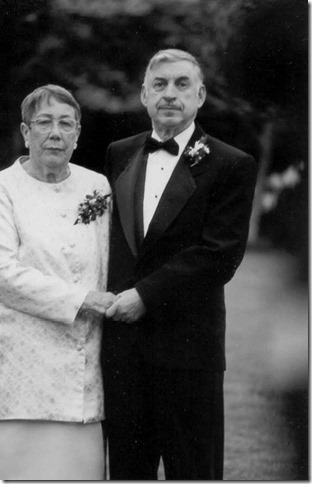 Ruth left Fernie to pursue a nursing career and she graduated from Royal Columbian Hospital in Burnaby, BC. She moved to Victoria, BC to be with her sister and worked as a nurse in Royal Jubilee Hospital.

She then joined the Royal Canadian Air Force where she was posted to Lac Ste. Denis in Quebec. Following that she was posted to Zweibrucken, Germany where she met her husband, a fighter pilot. They were married in France and she followed him back to Canada where they lived in Saskatchewan, Alberta, Ontario, Nova Scotia, Quebec, Northwest Territories and British Columbia.

After retirement they travelled by car across Canada many times to visit friends and family.

She was loved by all who met her.

Ervin Russell Cross passed away 13 March 2018 in Comox BC.  He was preceded by his wife Ruth Anne Peterson the week before.  They were married 4 Jun 1960 in Metz, France. Erv was born 14 Nov 1932 in Clearland Nova Scotia, the eldest child of Russell Lawson Cross and Laura Lauretta Hirtle.

Erv was a graduate of RMC, a fighter pilot, flying the Sabre in Europe at the height of the cold war.  On return to Canada he was the first Royal Canadian Air Force Officer to serve in the recruit school in Cornwallis Nova Scotia where being mistaken as a Naval Captain was not a bad thing.  He flew for 442 Search and Rescue Squadron in Comox BC for eight years before spending the last five years of his career in Northern Region Headquarters, Yellowknife before retiring in Comox BC. 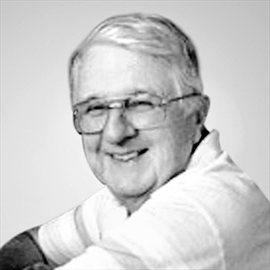 KEMP, Charles (Chuck) Went home to be with the Lord surrounded by the love of his family on Tuesday, February 27, 2018 at 82 years of age. Beloved husband of Cheryl. Loving father of Christopher Charles, Nadine Karin and Amy Wei-Ling. Cherished grandfather of Landon Lloyd, Ardyn Monique, Joshua, Jordan, Joey, Jewel and Megan. Dear brother of Lois Phillips. Chuck is now reunited with his loving daughter Darcy Noelle. Chuck served as a pilot with the RCAF and now has his “wings” back again. He was also employed with Transport Canada for 13 years. Chuck gave to many charities, so in lieu of flowers please donate in Chuck’s name to www.wellspring.ca or a charity of your choice. A service to celebrate Chuck’s life will be held at Faith Welland, 380 South Pelham Rd. on Monday, March 5, 2018 at 11 a.m. with visitation at the church one hour prior to service. Arrangements in the care of WELLAND CREMATION SERVICE 905-735-7957

Tom Routledge D.D.S. January 30, 1955-March 10, 2018. Tom passed away in the Burnaby General Hospital Palliative care unit at the too young age of 63. He was diagnosed with Glioblastoma, Grade 4, in November 2017 and lost his battle with this most aggressive Brain Cancer.

Born and raised in Vancouver, Tom attended Kerrisdale, and Laurier Elementary Schools, Churchill High School and UBC. In 1976 Tom headed to the University of Toronto to pursue his dream of being a dentist. After graduating in 1980, he served in the Canadian Armed Forces as a dentist, at the Base, and at Royal Military College, in Kingston Ontario. Tom returned home in 1984 to open his general practice in Coquitlam. Affectionately known to his patients as Dr. Tom, he was a gentle, caring and empathetic dentist. He was thrilled and humbled to treat the children and then the grandchildren of his original patients. Tom was also an enthusiastic Forensic Odontologist. He considered his work with BCFORT, where he helped re-unite families with the remains of their missing loved ones, as his most important contribution. He was proud to have been recognized in 2015 by the Lieutenant Governor of BC for this Forensic work when he was awarded the British Columbia Community Achievement Award.

He loved sports, most especially soccer, Fire Halls and above all his family.

Tom was pre-deceased by his parents John and Isobel.

Mourning this terrible loss are his High School Sweetheart and wife of 41 years Barbara, his adored daughters Rachel and Allie, as well his many relatives, friends, and colleagues.

We will all remember him as an extraordinarily kind and generous man who always tried to do good.

In lieu of flowers a donation can be made to The Brain Tumour Foundation of Canada, www.braintumour.ca