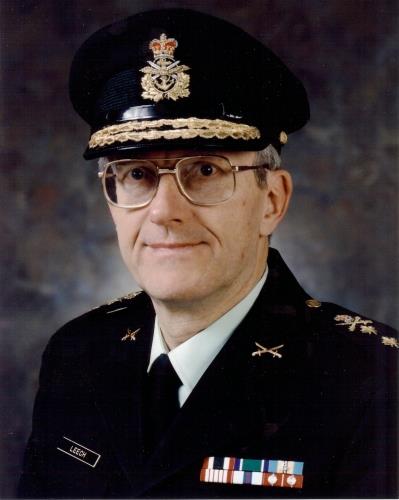 Richard (Dick) Leech passed away peacefully at the University of Ottawa Heart Institute on 19 Feb. 2018.  Son of the late Winston and Winnifred (Fisher) Leech of Woodstock NB and predeceased by his brother Robert in 2004. He is survived by beloved wife and soulmate of 59 years Barbara (née Cunningham), daughter Wendy (Sean) Rathwell, and son Colin (Mary Jane Kelleher) of Ottawa.  Lovingly remembered as a devoted Grampie by Kevin (Natalie), Graham (Melissa Leduc), and Ian Rathwell of Ottawa. He will be sadly missed by his sister, Gail Hirschi of Florenceville NB, and extended family and friends from coast to coast in Canada and the USA.

Growing up during World War II in Woodstock NB, all Dick ever wanted to be was a good soldier. He more than achieved that with four years in Army Cadets, a year in the Militia, followed by over 40 years in the Royal Canadian Army Service Corps and the Canadian Forces Logistics Branch, advancing to the rank of Major-General. As an officer Dick was proud to have the opportunity to command at the Platoon, Company, Battalion (twice) and Base (CFB Borden) levels. He also served in a variety of  staff jobs including Chief Logistics Officer of the United Nations Emergency Force Middle East, Associate ADM of Finance at National Defence HQ, and Chairman of the Board of Directors of the NATO Maintenance and Supply Organization. In addition to multiple postings in Canada, Dick also served his country in three United Nations peacekeeping missions (in the Congo and twice in the Middle East), with Canada’s NATO forces in Germany, and on liaison duties in Washington DC.

Dick was an active, competitive athlete all of his life. He was particularly proud of his accomplishments in basketball, as a runner, and a golf hole-in-one in 1999.

Special thanks to the staff of the University of Ottawa Heart Institute whose wonderful care gave Richard more than 18  additional years of quality life to enjoy with family and friends. Donations in his memory may be made to the Heart Institute or to a charity of your choice.

An informal celebration of Richard’s life will be held:

Suddenly on March 20, 2017. Born in Belleville, Ontario, on January 22, 1934, John was the son of Stanley and Edith Hagerman. John was the second of four children: older brother Dr. Stan Hagerman, younger brother Dr. Fred Hagerman, and younger sister Ellen Low. As a father of four and grandfather of 8, John will be dearly missed by: his loving wife Barbra Leacock Hagerman, Fred and Kristen Hagerman, and their children Spencer and Jillian; John and Kelly Hagerman, and their children William and Marin; Joan Hagerman; and Jennifer Hagerman Longworth and Jim Longworth, and their children Jordan, Jamie, Jacqueline, and Jack. Friends may call at the Turner & Porter Butler Chapel, 4933 Dundas St. W. (between Islington and Kipling Aves.) on Thursday, from 2 – 4 and 6 – 9 p.m. A Memorial Service will be held at Kingsway Lambton United Church, 85 The Kingsway (at Prince Edward Dr. N.) on Friday, March 24, 2017 at 2 p.m. As an expression of sympathy, donations to the Heart & Stroke Foundation, or the “Dr. Fred N. Hagerman Memorial Prize in Surgery”: an annual grant supporting a student enrolled in medicine at Western University: Attention Karmen Dowling, Western University, Westminster Hall, Suite 110, 1151 Richmond St., London, Ontario, N6A 3K7 (cheques payable to Western University), or by calling 519-661-4200, or online at www.westernconnect.ca/tribute would be appreciated. Online condolences may be made at www.turnerporter.ca. 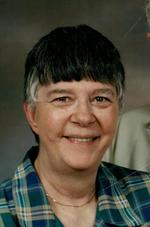 Friends are invited to visit with the family at Reynolds Funeral Home in Bracebridge, on Thursday, March 29, 2018 from 1:00 pm – 3:00 pm. with the service in the Chapel at 3:00 p.m. As your expression of sympathy, memorial donations to support the Alzheimer Society of Muskoka would be appreciated.  Source