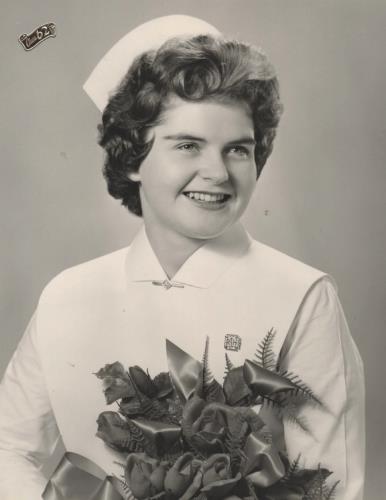 STEWART, Ann Marie (nee Davies) August 3, 1941 – January 29, 2018 The first 74 years of Ann’s 76 years were a version of the Canadian dream. She was born on August 3, 1941 in Winnipeg to Newton and Clara Davies, but grew up in Esquimalt, BC. While a nursing student at Royal Jubilee Hospital in Victoria, she met Officer Cadet Robert (Bob) Stewart at a dance at Royal Roads Military College, and they married in 1962. Bob’s naval career was short, but his engineering degree took them to Ontario, Illinois, Oregon, England, Malaysia and BC. They lived in 13 houses in their first 14 years. Later, Bob took over Delta Steel Industries in Ladner, and they stayed put in Tsawwassen in a cliffside house. On Bob’s retirement, they designed and built their retirement home on Chilliwack Mountain. While Bob was working, Ann was raising three sons. As they grew independent, Ann worked in Bob’s company keeping the books. Ann loved to travel, and she was proud that she and Bob had visited 29 countries, every Canadian province and every American state. She was an avid sports fan, and curled for many years. Ann was an active member of her community and her church and well loved by many, including her friends from her days as a nursing student, friends she met through Bob’s military and business careers and hobbies, and her many Beta Sigma Phi sorority sisters. The dream came apart in her last year. In April 2017, they were about to go on a three-month trip around the world when Bob was accidently killed while clearing their property in Chilliwack after an ice storm. Ann grievously missed her husband of 54 years but bravely busied herself establishing a new life. When an extremely aggressive cancer overtook her, she faced her pending death with the same remarkable courage, protecting her family to the end. She died in Chilliwack’s Cascade Hospice on January 29, 2018. She is survived by her three sons: Ron, Brian and Darrell; their wives: Kathleen, Jo-Ann and Tamara; three grandchildren from Brian: Kristi, Michael and Bailey; two step grandchildren and a great grandchild from Tamara; and Ann’s brother, John Davies with his wife Lynne, daughters Janine, Suzanne and Anne-Marie and grandchildren. A funeral service will be held on February 7 at 2:00 pm at Chilliwack United Church, 45835 Spadina Avenue, Chilliwack, BC. In lieu of flowers, the family requests that a donation be made to the Canadian Cancer Society. 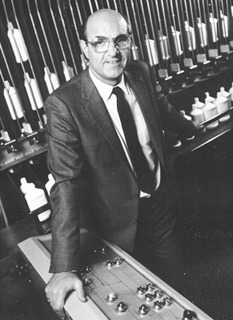 2970 LAUDENBACH, Joseph Adam (Class of 1952) – Peacefully, surrounded by family at Alexandra Marine & General Hospital, Goderich on Friday, January 12, 2018 Joseph Adam Laudenbach of Bayfield in his 87th year. Beloved husband of Margaret (nee Bauer) Laudenbach. Loving father of the late David (1995) & Lori Laudenbach, Andrew & Catherine Laudenbach, Ann Laudenbach & Jill Waters and Sarah & Ben Gundy. Cherished grandfather of Adam, Teresa, Madeline, Emily, Beatrice and Penelope. Survived by brother John Laudenbach and sister Marion Goyette. Also missed by many nieces and nephews. Predeceased by brother Mike and sister Katie. Visitation will be held at the FALCONER FUNERAL HOMES , Bluewater Chapel , 201 Suncoast Dr. East Goderich on Monday from 2:00 – 4:00 and 7:00 – 9:00 p.m. Funeral Mass will be held at St. Peter’s Roman Catholic Church, 156 North St. Goderich, on Tuesday, January 16, 2018 at 11:00 a.m. Cremation will follow with burial of cremated remains at Bayfield Cemetery in the spring. Special thank you for the outstanding care and compassion provided by the doctors and nurses at Alexandra Marine & General Hospital. In lieu of flowers, memorial donations to the Huron Residential Hospice, the Pioneer Park Association or the Heart and Stroke Foundation would be appreciated as expressions of sympathy. Condolences for the family bay be placed through www.falconerfuneralhomes.com