Robert passed away in Edmonton, Alberta. He will be missed by his friend Ming Ming Chen, his parents, Denzle and Betty Ann, his four children Nicole, Michelle Vanya, Mathieu and Marc, siblings Micheal, Stephen, Denzle, Geralyn, Elizabeth and Corey as well as two grandchildren, Audrey and Nico.

Jane’s family is profoundly sad to announce that Jane died on February 25, 2018 in Brockville, Ontario. Jane was born in Philadelphia, Pennsylvania as the oldest of three girls. She obtained her BA from Smith College in 1956. In her third year she traveled to the University of Geneva, Switzerland, where she met a handsome young Canadian named John D. Reid. They married in December of 1955 and, after she graduated, moved first to Calcutta, India and then to Toronto, King City and eventually Brockville for the last 9 years. Continuing her passion for palliative care work, in 1983 Jane began building Hospice King, one of Canada’s first community-based hospice teams. In recognition of her contribution to the tremendous growth of the community-based hospice movement in Ontario, Jane was the recipient of two Sovereign’s Volunteer Medals: the 125th Anniversary Medal of Canadian Confederation in 1992 and the Queen Elizabeth II Golden Jubilee Medal in 2002.

Jane was predeceased by her parents Dorothy and Lee Jones and her sister Barbara Hagedorn. She is survived by her husband John, her daughters Susan (Andrew Mizen), Janet (Andrew Dayneka) and Barbara (Bob Tilka) and her sister Susan (Bob Trempe). Before she died, Ganny, as she was known to her seven grandchildren, Alex (Kirk Hayes), Jillian, Stephen, Max, Duncan, Sara and Jamie, had a chance to tell them all how much she loved them, how proud of them she was, share stories and laugh together.

Jane received superb compassionate care in the Brockville and District Hospital Foundation’s Palliative Care Unit. In lieu of flowers, donations can be made to the unit, which will be directed to a fund in her name, in order to continue her service to palliative care. Alternatively and in recognition of the family’s support for music and the arts, a donation can be made to the Brockville Youth Opportunities in the Arts. A celebration of her life will be held at St. Paul’s Anglican Church, 12 Pine Street, Brockville, Ontario on June 15, 2018 at 2 p.m. Arrangements are entrusted to the Irvine Funeral Home and Chapel, 4 James St. E., Brockville. Condolences and donations may be left online at www.irvinememorial.com

Remembering… Special thanks to Vitoria Edwards… 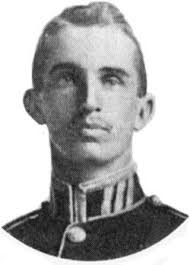 We remember Lieutenant Alexis Helmer who died on May 2, 1915. Learn more about him and his service to Canada on the Canadian Virtual War Memorial #TributeTuesday

Lieutenant-Colonel John McCrae was a doctor with the 1st Brigade, Canadian Field Artillery who was stationed near the front lines during the 2nd Battle of Ypres in Belgium in the spring of 1915. It is believed that McCrae was inspired to write “In Flanders Fields” after the death of his close friend and former student Lieutenant Alexis Helmer on May 2, 1915. McCrae penned his famous war poem the following day as he was waiting for more wounded to arrive from the front.