WHITE, James “Jim” Wilfred Passed away peacefully on Sunday, April 15, 2018, at the Ottawa Civic Hospital, age 80. His final days were spent surrounded with his family and loved ones, full of laughter, care and wit. Born February 14, 1938 in Bathurst to the late Fred and Rena White. Loving husband of the late Claudette (nee Chapman). Jim is survived by his children Melissa White (Roland Reinardy) and Scott White and stepdaughters Nancy Gervasi, Linda (Tony Zagaria) and Elena (Emilio Sanchez). He will always be remembered as Grandpa Jim to his nine grandchildren: Esme and Nova Reinardy, Jessica (Claudio Barbuto), Adam (Amanda Zagaria), Vanessa Sanchez, Michael Zagaria, Zachery Sanchez, Mia Gervasi, Francisco Sanchez, and to his great- grandchildren Valentino and Amedeo Barbuto. Dear brother of Virginia (Reg Harris) and Maureen (Al Desroche). He will also be remembered as an uncle to many nieces and nephews. Jim was active with the Masons, initiated in 2004, served as Worshipful Master and raised to Grand Steward in 2016. He was also an active member of the Tunis Shriners as a pilot. Jim will be greatly missed by all who knew him, a warm, loyal presence in all of our lives. With his sharp intellect and dry humour till the very end, Jim was tireless in his care and attention of others and always did so with a humble heart. He had a quiet but strong presence, a joy of life and deep value of family. Jim is now reunited with his ‘Old Doll’, Claudette. Family and friends may pay their respects at Capital Funeral Home & Cemetery 3700 Prince of Wales Drive 613-692-1211 Wednesday, April 18, 2018 from 2 to 5 and 7 to 9 p.m. A Masonic memorial service will be held at the funeral home Wednesday at 7:30 p.m. Funeral Thursday, April 19, 2018 in St. Monica’s Parish (2080 Merivale Road) for Mass of Christian Burial at 11 a.m. Memorial donations to the Shriners Hospitals for Children Canada (514-282-8545) and Prostate Cancer Canada would be appreciated by the family. Condolences and Sharing Memories at www.capitalmemorial.ca 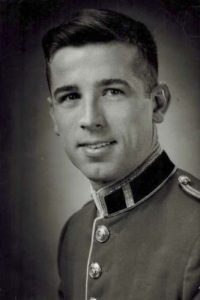 Major Daniel Robert “Bob” Mulvihill CD (RCAF, Retired) died peacefully at home in Ottawa on May 25 2018, one day shy of his 76th birthday. Bob is survived by his wife Helen (née Rowe), his daughter Shauna, and her husband Edward Hashima and his grandson Benjamin; his son Corey, and his wife Daina Mazutis and his granddaughter Emilija; by his sisters Adrienne, Margaret, Betty, Alice, and Imelda; and his brothers Patrick and Thomas; and predeceased by his son Darcy, and his brother John.

Uncle Bob will be fondly remembered by his many nieces, nephews and great nieces and great nephews and the large extended Rowe and Mulvihill families; and especially by his goddaughter Janet and her sister Alison Burton.

Bob was born on May 26 1942 in Renfrew Ontario to Agnes (née Kubiseski) and Leo Mulvihill, and after attending preparatory year at Collège militaire royal de Saint-Jean, Quebec (CMR) in 1961 he graduated from the Royal Military College in Kingston, Ontario (RMC), in 1965, first in his class in Electrical Engineering. He had a varied career with the RCAF and Canadian Forces Air Command, first as a navigator and a pilot with 416 and 409 squadrons flying CF-101 Voodoos, then as jet conversion flight instructor, a flight safety officer, commander of Canadian Forces recruiting centre in Hamilton, and on two exchange tours with the USAF in California and with NORAD in Colorado Springs, Colorado. Returning to Canada, he retired from the Military in 1995 and joined the civil service working as a System Engineering Manager for the Canadian Search and Rescue Helicopter Project, which established the Cormorant as a Canadian Forces’ sea and air search and rescue helicopter.

Bob was well known to his friends and family as someone who could build or fix anything, and his help and advice was often sought and generously given. He was an avid outdoorsman who greatly enjoyed hunting and fishing, and loved spending time at the cottage in PEI, and playing with his grandchildren and great nieces and nephews. He had a particular love of children, who universally reciprocated, seeing in him a kindred spirit. Bob was also an active and dedicated member of the Ottawa Traditional Fiddle and Folk Art Society and past-president of the NDHQ Fish and Game Club.

A funeral is scheduled for Wednesday the 30th at 11 a.m. at Saint Bernard Catholic Church, 1720 St. Bernard Street, Gloucester, ON, with a reception to follow. All are welcome to attend and celebrate Bob’s life. In lieu of flowers, please send donations to Plan International Canada at http://plancanada.ca or 245 Eglinton Ave East, Suite 300, Toronto, Ontario, M4P 0B3. Condolences may be sent to the Funeral Co-operative of Ottawa, 419 St Laurent Blvd, Ottawa, ON K1K 2Z8 or at http://fco-cfo.coop. 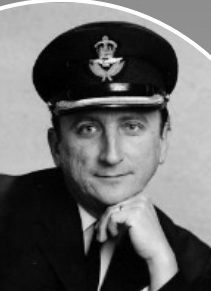 KADUCK, Raymon Myron – Peacefully, in his 89th year with family at his bedside. Career RCAF Flying Officer and World Traveller, Ray was the husband of 62 years of Jane (Sherman) of Kingston. Father of Ray (Marnie McCall), Anthony (Lynn Kerr), Stephanie (Kim Houghtaling), Nicholas, Carl (Cathy Walker), Marianne (Rob Duncan) and Michael (Leslie Kenney). Grandfather of Vincent and Parker Houghtaling, Anton, Kevin and Vi Kaduck and Colin, Michael and Grant Kaduck. Predeceased by his parents Anton and Stefania Kaduchenko and survived by his cousin Bernice Bath and her family. Decorated for his part in the Relief Mission following the Peruvian Earthquake of 1970. Long-time member of the Kiwanis Club, serving as both President and Lieutenant Governor. Lifelong fan of the Hamilton Tiger-Cats and supporter and assistant coach of the Queen’s Football Golden Gaels. The family will received friends at the Central Chapel of the GORDON F. TOMPKINS FUNERAL HOMES , 49 Colborne Street (at Clergy) on Thursday, May 31. Mass of Christian Burial was celebrated at St. Mary’s Cathedral on Friday, June 1. Cremation followed. Donations may be made to Kingston General Hospital’s Neo-Natal Intensive Care Unit.

The Athlete: Wrigley Field was in sight until Uncle Sam came calling

A BIG thank-you from Bill and Rolande