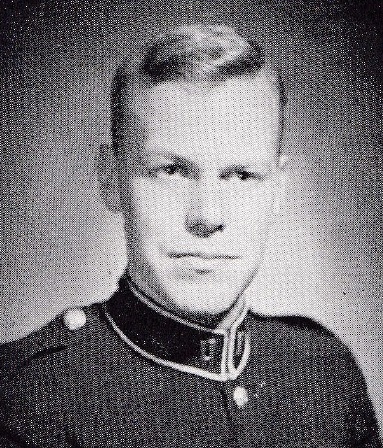 John died on August 5th in Oakville in his 89th year. He was the beloved son of John and Lesley (Lightbourn) Reiffenstein and was predeceased by them, his older sister Ruth (Sprigs) and his twin Mary/Pinky Ursel (Lorne). He is survived and missed terribly by his wife Jessie (nee Wallace), sons John (Anne) and Tim (Christina), and grandchildren Grace, Katherine, Eleanor, and Lucas.
John was born and lived most of his life in Oakville, with a few detours during the 1930’s and the war years to Allenwater and Moncton. He was tremendously proud to have graduated from the Royal Military College of Canada in 1952, where he met many lifelong friends. He taught Mechanical Engineering at RMC, before enjoying a long career as a civil engineer. A lifelong member of the Oakville Club, John could be found during his free time aboard his beloved boat Whiskey Jack. The label on his homemade wine ‘Old Sailor’, tells you all you need to know about his favourite pastime. He was a 25-year member of the Oakville Yacht Squadron, the Oakville Golf Club and latterly the Oakville Masters.
His precious vacation time was spent with family at the cottage he built in Nares Inlet, on Georgian Bay, a place he loved above all others.
John was many things: an accomplished athlete, a clever wit, a builder of many boats, a loving husband and father (carving wooden toys for sons and grandchildren, or waking at 6AM to flood the backyard rink), and a great friend to his golf and tennis partners .
Above all, he was a kind, decent and humble gentleman.
The funeral service was Thursday August 9th at St. Jude’s Anglican Church.
Memorial donations may be made to The Alzheimers Society or Community Living Oakville.

Turbulent Times: The Cadets of 1965 & a Form of Collective Leadership