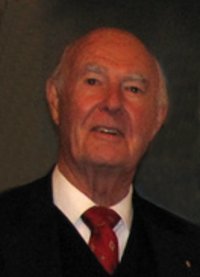 After an outstanding innings of 96 and having ‘captained the side very well’, Dad quietly left the field of play in Toronto for the last time. Devoted husband of Diana Christie Clark for 63 years and loving father of Cynthia Webb (Ian) and Ian (Lynn). Extremely proud and adored grandfather of Vanessa (Chip), Katie (Nick) and David Webb, Meredith (Pat) and Ian Gillespie. Beloved great-grandfather (GG) of Maddie and Finn Greene, Sarah, Michael, Emma and William Gambarotta, and Georgia and William Glinski. Fondly remembered by Shirley and Gavin Clark, Ian and Nancy Clark, Sheila Clark and many nieces and nephews. Predeceased by his cherished brothers, Ian (WWII) and Andrew and dear sister, Catriona.
Born in Victoria, B. C., son of Erroll and Catharine (Oliver) Gillespie, Dad attended St. Michael’s School and graduated from Brentwood College in 1941. He briefly attended UBC before entering Royal Roads Naval College for Officer Training in 1941 (RCNVR). Attaining the rank of Term Lieutenant in 1942, he served on naval convoys across the North Atlantic. Following the death, in action, of his brother Ian, an RCAF Beaufighter pilot on December 22, 1943, he joined the Fleet Air Arm as a fighter pilot flying Corsairs.
After the war, he attended McGill University (BCOM) and during his final year met the love of his life, the beautiful Diana Clark on a blind date. ‘She is one in a million’, he wrote to his parents and they were married in 1947. Having been selected as a Rhodes Scholar from B. C., they left for Oxford where he read Philosophy, Politics and Economics at Queen’s College.
Returning to Toronto with an Oxford M.A., Dad began his business career at W. J. Gage & Company, a leading educational publisher in Canada. He moved up the ladder rapidly becoming a Vice-President and Director. In his spare time, he and some friends formed Coffee-Mat Services, an automatic coffee vending enterprise. Terrific value at 10 cents a cup with real cream, Dad would hasten to add. If not busy enough, he also taught Marketing courses at the University of Toronto Business School and later earned his Masters of Commerce degree. His business career moved to the conglomerate Canadian Corporate Management as a Vice-President and he served as President of several operating subsidiaries.
He described his parents as being ‘quite exceptional, stimulating and far-sighted’ and having instilled in him the importance of public service and volunteerism, he ran as a Liberal candidate for the federal riding of Etobicoke in 1968 and was elected to the House of Commons in Prime Minister Pierre E. Trudeau’s government. In 1971, he was appointed the first Minister of State for Science and Technology. He was re-elected in 1972 and 1974 and served as Minister of Industry, Trade and Commerce (1972-1975) and Minister of Energy, Mines and Resources (1975-1979).
After leaving politics, following defeat in the 1979 election, he returned to business as Chairman of the brewer, Carling O’Keefe Limited, Chairman of the National Westminster Bank of Canada, and Chairman of the Scotia Coal Synfuels consortium as well as serving on the board of other private corporations. In the early 1980’s, Dad established Scotia Synfuels to acquire and rehabilitate the former Gulf Oil Refinery at Point Tupper, Nova Scotia. Disappointed that his vision could not be fully realized for the benefit of Cape Breton and the Atlantic provinces, he and the board of directors made the decision to sell the properties in 1992. He returned to the beer business in 1995 and with W.P. Wilder, acquired an interest in Creemore Springs Brewery which they subsequently sold ten years later after having received assurances the highly successful microbrewery would not move from its wonderful location in Creemore, Ontario.
His involvement in community service was extensive. He served on many boards including: the National Ballet School, the Canadian Paraplegic Association, Lyndhurst Hospital, The Champlain Society, the Scottish Studies Foundation, The Gage Research Institute, and was President of the Canadian Opera Company.
In 1998, he was appointed an Officer of the Order of Canada for his ”maverick entrepreneurial spirit”, amongst other accolades.
Other significant recognition included receiving the ‘Scot of the Year Award’ in 2003 from the Scottish Studies Society and the degree of Doctor of Letters, honoris causa, from Guelph University in 2008.
A highly accomplished rugby and cricket player from his Brentwood College and Royal Roads days, Dad continued with squash, tennis, skiing, fishing, golf and bridge which he enjoyed immensely with his family and many friends.
Other than British Columbia, his favourite retreat was his country property ‘Highwood’. It became the gathering place for five generations of family and their friends. He relaxed on weekends by undertaking various projects to continuously improve the property. He was passionate about preserving the rural environment and supported local initiatives such as the Oak Ridges Moraine Land Trust and Green Durham Association.
In his eighties and underscoring the importance he attached to family history, he wrote: ‘Made in Canada – a Businessman’s Adventures in Politics’ as a reference for his descendants. It turned into a somewhat larger project than he first envisioned and was published in 2009.
He will always be remembered for his warmth, charm, generosity, sense of humour and distinguished good looks.
The family is very grateful to Elmo, Dad’s caregiver and companion of nine years, and Emy for their compassionate care. We also wish to thank the capable and considerate staff at Christie Gardens where Dad resided for a short period of time.
The family will receive friends at the Humphrey Funeral Home A.W. Miles – Newbigging Chapel, 1403 Bayview Avenue (south of Davisville Avenue) from 2:00 to 4:00 p.m. on Friday, September 14th. A celebration of life will be held at Christ Church Deer Park in Toronto on Saturday, September 15th at 2:00 p.m. In lieu of flowers, a donation to a charity of your choice relating to the environment or health would be appreciated. Condolences, photographs and memories may be forwarded through www.humphreymilesnewbigging.com.
Humphrey Funeral Home A.W. Miles – Newbigging Chapel 416-487-4523 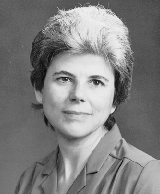 BOURDAGES-SKINNER, Marielle (1935-2018) Passed away in Vanier (Ottawa), on Friday, August 24, 2018 at the age of 82. Marielle Bourdages beloved wife of George Skinner. She was sister of late Jeanine (Noël Ducharme), late Yolande (late Bernard Foucart), late Gérald, late Marie-Berthe (Michel Cartier), Roger (Micheline Thibert), Louis (Luce Bienvenue). She was the aunt of François, Jean, Claire and Marie-Noëlle Ducharme, late Danielle, Sylvain and Claude Foucart, Dominique, Yves, François and Pierre Cartier, and Hugues Bourdages sons of Louis and all their spouses. She will also be missed by her two brothers-in-law Gordon Skinner and his children, Robert, Jennifer and Sybil, and his twin brother the late Harry’s children, David, Elisabeth and Jeffry and their spouses. Many parents and friends will mourn her. Religious funeral will be held at 9:30, a.m. on Saturday, September 8, 2018, at Notre-Dame-de Lourdes Church, 435, Chemin Montréal, Vanier, ON. The family will be in the church (one hour) before to receive condolences. Donations in her memory may be made to the charity organization of your choice. The family would like to thank Dr. B. Thompson and the staff of Residence Chartwell New Edinburgh Square for their good support.

Michael A. Mason – former Head of English and Philosophy at RMC 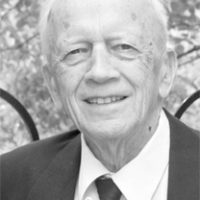 MASON, Michael A. – Of Brooklin, Ontario (and formerly of Kingston) died August 29, 2018 in the Palliative Care Ward of Lakeridge Health Centre, attended by loving family. He was 93 years old. Michael was a husband, father, grandfather, great-grandfather and dear friend; a navigator in the R.A.F.; a professor of English Literature (B.A. Honours, Dip Ed., M.A., P.H.D.); a poet, playwright and children’s author; and a generous, kind and decent man of deep Christian faith. Born in Oxfordshire, England in 1924, Michael took his family to Salisbury Rhodesia in 1961; to Burnaby, British Columbia in 1966; to Kingston, Ontario in 1969; and, with his beloved wife Muriel, to Brooklin, Ontario, in 2010. Michael read widely, with a special interest in British drama, the Victorian novel, English history and detective novels. He was proud of Muriel’s beautiful paintings, and generous in his support of his sons’ and grandchildrens’ educational explorations. He finished his teaching career as Head of English and Philosophy at the Royal Military College of Canada. Michael is survived by his wife Muriel, his sons Paul and Robin, Robin’s wife Angelina and Paul’s fiancé Nathalie, his grandchildren Rachael, Nina, Alex, Mike, and Matthew, his step-grandchildren Molly and Jackson, and his great-granddaughter Gillian. He was delighted to see Rachael and Nina announce their engagements to Fernando Cortes Nila and Patrick Brown. Before all else, Michael was a family man: his love for his wife, his sons and their families was a warm light in the cold and darkness. It will never go out. Funeral service will be held at St. Thomas Anglican Church Brooklin on Saturday September 8th at 1:30. In memory of Michael and in lieu of flowers memorial donations to the MS Society would be appreciated by the family. Messages of condolence and shared memories can be left for the family by visiting barnesmemorialfuneralhome.com

8020 Terry Cave – Class of 1970 passed away Sunday night August 26th. He was 71 years old. A celebration of life was held in Edmonton this past Saturday. No other information available at this time.

A Night on a North Georgia Mountain Ridge