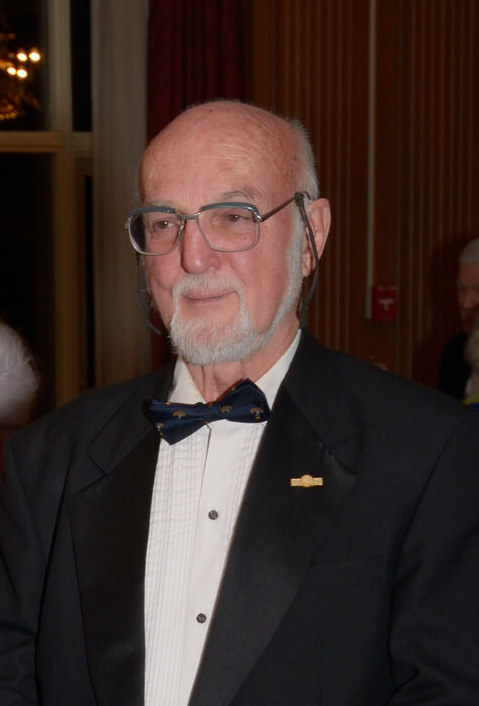 The body of an 80-year-old man missing since last week was found in Navy Bay Friday morning.

Archie Zagrodney was reported missing on Oct. 4 by family. Det. Sgt. Jay Finn said earlier this week that Zagrodney, who is a resident of Kingston, was last seen on Thursday walking on the Royal Military College campus.

The man’s body was spotted on the water’s surface by RMC security. Finn said the investigation is now in the hands of the Ontario Coroner’s Office.

On Monday the Ontario Provincial Police’s search and recovery unit and aviation team were brought in to search the bay but nothing was found at the time.

“My father was my world, he was my teacher and my mentor,” Tanya Morgan, Zagrodney’s daughter, posted publicly on Facebook. She added that her father was a strong and proud man. “He was my lifeline. And now he is gone…

“I ache for my children and their children. They cherished him and loved him deeply and he in return loved and cherished them, he was loving and fun.”

Zagrodney graduated from RMC in 1960 and was a regular around campus. Bill Oliver, friend of Zagrodney and editor of e-Veritas, told the Whig-Standard that Zagrodney was a member of RMC’s Senior Staff Mess and that he would sometimes attend the weekly Thank God It’s Thursday (TGIT) dinners at the mess and two or three times a week he would attend its daily coffee break.

Oliver hadn’t seen his friend at either of the functions since mid-summer.

UPDATE as of Tuesday, 16 Oct – 0830:  The family is planning a celebration of life in the next few weeks.
Word will be shared once plans are finalized.

“Our thoughts are with Archie’s family and friends, and on behalf of the College community, including the Class of 1960, I extend our condolences. Know this College shares your loss,” said Dr. Harry Kowal, Acting Commandant and Principal, (on behalf of the Commandant, Brigadier-General Sébastien Bouchard) in comments provided to e-Veritas.

“Everyone who graduates from RMC is forever part of this institution, and that is certainly the case with Archie, who resided and worked in the Kingston area. We knew Archie first as an officer cadet studying science and engineering at RMC from 1956 until graduation in1960. And we were honoured in later years to have him return regularly to attend events at the College, spend time with his friends and fellow Ex-cadets, and contribute to the efforts of our alumni organizations.

“We will forever be grateful for Archie’s commitment to RMC. His selfless dedication to family, contribution to this College, and his success as a local businessman and engineer are things in which all our graduates and current officer cadets can take pride.

“He will be missed.” 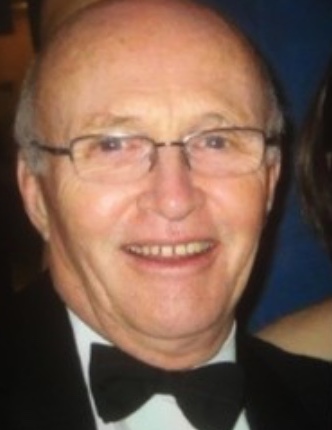 We, the broken-hearted kids of David Cogdon, are sad to announce that the most important man in our lives left this earth on October 6th at the age of 70. Also feeling our pain is his loving wife and best friend, Jane Campana.
Born on November 25, 1947 in Toronto, Dad grew up in cities across Canada and in Tokyo with his Naval Officer Dad Noel (Nibs) Cogdon, Mom Marion and sisters Donella and Ann. Throughout his youth he enjoyed playing baseball and basketball, riding his motorcycle through the streets of Japan and cherished his summers at the family cottage in Muskoka.
Dad was a proud graduate of the Royal Military College (RMC) Class of ’70. His time at RMC was the beginning of an accomplished career in the Canadian Navy and also the start of many important lifelong friendships. Looking back, Dad would say being Commanding Officer of HMCS Cowichan, HMCS Athabaskan and the 5th Destroyer Squadron were his most memorable positions. In senior roles with the Department of National Defence, Dad served as the Director General of Information during the Oka Crisis and also as Director General of Military Plans and Operations during the Somalia operation. Dad’s final role before he retired as a Commodore was Chief of Staff of the Canadian Navy.
Following his military career, Dad spent five years as the Director General of Public Affairs for the Atlantic Canada Opportunities Agency (ACOA) and then seven years as the Executive Director of the Aerospace and Defence Human Resources Partnership. He also volunteered for more than 25 years with the Nova Scotia International Tattoo, committed his time to the Last Post Fund and played music to raise money for the Nova Scotia Special Olympics.
We, his kids Deanna and Michael, did not know the strict military officer that we’ve heard stories about. The man we knew played the oldies as part of Frank’s All-Star Amateur Band on weekends. The man we knew loved biting ice cream off wooden spoons. The man we knew loved all things Star Wars with a particular fondness for Yoda. The man we knew was passionate about feng shui, Chinese and Western astrology and created astrological natal charts for each of his grandkids. The man we knew collected silver coins like a pirate. The man we knew discovered a love of emojis at 70. The man we knew asked us the same question and gave us the same answer almost every time we talked – “You know what guys?” “What Dad?” “I love you.”
We will be forever grateful for how Dad opened his arms and welcomed our spouses, Sheldon Miller and Alison Snow, to the family. Our children Sara, Addison, Myer, Sam, Louie and CeCe were so very lucky to have him as their cherished Gumpa. Dad found a special love when he met Jane five years ago. She made him a skater. He made her a skier. Together they traveled Ireland, biked France, did the Caldera hike in Santorini (Greek Islands) and visited Skellig Michael. They never walked anywhere without holding hands. Jane’s family Cheryl, Stu, Liz and Alexander meant a lot to Dad. Also special to Dad was his 99-year-old aunt Joan Cogdon and the friendship he shared with our Mom, Anne Cogdon.
All of this happened way too fast but we are incredibly thankful for our recent family trip to Japan and the time we had together over the last few months continuing to make special memories. You know what Dad? We love you.

A celebration of life was held at the Wardroom Ballroom at Stadacona. In lieu of flowers please consider a donation to the Canadian Association for Disabled Skiing or the Last Post Fund.
“Observe don’t judge” 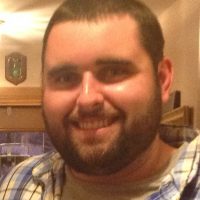 It is with the deepest sadness and the heaviest hearts that we announce the peaceful passing of our beautiful son and brother Jordon Michael Hennessey on October 10, 2018. At 27 years of age, he died of natural causes in his family home in Charlottetown. He was the cherished son of Mike and Estelle Hennessey (Callaghan). He was a wonderful little brother to his big sister Samantha Hennessey and incredible big brother to his little sister Emily Hennessey. Jordon leaves to mourn his special nana, Anita Ayers (Hennessey) — wife of previously deceased Jim Ayers and Lorne Hennessey. He was also predeceased by his maternal grandparents Chester and Doreen Callaghan (Curley). He leaves to mourn special aunts and uncles: Bonnie (Hennessey) Brammer (deceased) and her husband Bob, Monty Hennessey (Kim), Dr. Rob Hennessey (Florence), Tim Hennessey (Cindy), Marie Callaghan, Joe Callaghan (Diana), Cathy Callaghan (Ian Burge). He also leaves to mourn his many cousins from both sides of his family, and friends, who he loved dearly. Jordon loved animals and was the best dog daddy to his adorable dog Gally and uncle to the family dog, Dublin. Gally and Jordon were inseparable, and he was at his side at the time of his passing. In Jordon’s short life, he accomplished many of his personal goals and followed his many dreams. He obtained his glider pilot license as a teenager and later his pilot license. He excelled academically having achieved honours and a full scholarship to University where he obtained his Business Degree with distinction. He travelled widely throughout Asia, Europe, North America and the Caribbean. He took great pride in his work life achieving accomplishments beyond his youthful age. We will be forever grateful that Jordon was blessed with these opportunities and was able to achieve much more in his short life than many others obtain in their lifetime. He was a young man of great integrity and kindness and was recognized by all for his huge heart, where he would always be the first to reach out and help others. His big smile and huge presence in our lives will never be replaced. Resting at the Hennessey Cutcliffe Charlottetown Funeral Home until Tuesday morning, then transferred to the Church of the Most Holy Redeemer for funeral mass at 10 a.m. Interment to follow in the Roman Catholic Cemetery, Charlottetown. Visiting hours on Monday from 4 – 8 p.m. Donations may be made in Jordon’s memory to the Heart and Stroke Foundation of PEI or the PEI Humane Society. On-line condolences may be made at www.islandowned.ca