Stan was born in Picton in 1936. With his father overseas with the Hastings & Prince Edward Regiment for almost five years, he and his little brother Doug grew up in the shadow of WWII. Stan left home at 16 and with the help of an aunt and uncle continued his high school education until he ran out of money at the end of Grade 12. He dreamt of attending university but lacked the financial resources. In keeping with the saying that it takes a village to raise a child, his aunt approached her Bellville doctor, Dr. Richard Potter (later the Honourable Minister of Health for the Province of Ontario) and secured a gift of $250.00. Those funds enabled Stan to attend a special teacher training course. A year teaching grades kindergarten to 8 in a one-room school house in Cooper, Ontario followed and, thereafter, Stan completed high school and gained admission to the Royal Roads Military College. In 2008, Royal Roads University published “Cadet Life”, an annotated diary of Stan’s first two years of school. It was at Royal Roads in Victoria that Stan met one of the “Oak Bay Underground”, Mary Lou Lyle. Together, Stan and Mary Lou enjoyed many adventures over almost 57 years of marriage including cycling across Canada and the U.S. and, after retirement, wintering in Roadrunner Park in Scottsdale, Arizona.

In 1963, Stan was posted to the USA Army Corps of Engineers in Florida where he was Project Manager for the design and construction of the Apollo Launch Pads 39A and 39B, from whence all moon shots and shuttle shots have since launched, as well as the arming tower and crawlerway at the Moonport at Cape Canaveral. For his work, Stan was nominated for the US Army Commendation Medal; however, the Canadian Army wouldn’t allow him to accept it. It was exciting to have played a part in the race to the moon.

Stan eventually left the military and he and Mary Lou found their way to Kincardine, Ontario where they spent many happy years, hiking and delighting in all that nature has to offer, studying genealogy, camping, cycling and helping Tom on his farm. Stan retired from Ontario Hydro in 1993, having served in several operational roles ending as the Director of the Bruce Nuclear Power Development. He had good health almost until the end, celebrating his birthday by cycling 80 kilometres one afternoon last June. He also enjoyed meeting with former colleagues at the Nuclear Pioneers lunch last summer and celebrating his 80th birthday with family and friends in Scottsdale and in Heathcote.

Stan had a strong faith and tried to help others in need throughout his life. He said recently that, “everything I am and everything I have is a gift from God.”

Stan’s family would like to thank all of the many caregivers and friends who gave their support in his last months and especially Dr. Jason Murray and Nurse Practitioner Hailey Walsh. 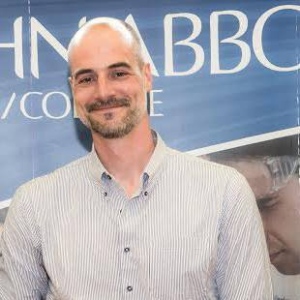 A beloved member of Montreal’s film and teaching community died this weekend, in a car accident on Highway 50.

According to the Sûreté du Québec, Duguay lost control of his vehicle on the stretch of highway near Grenville-sur-la-Rouge Sunday morning.

“He was a very kind, gentle man,” said Matthew Hays, a friend and colleague of Duguay’s.

Duguay was described as a dedicated teacher and film buff. (Facebook)

Hays, who teaches film at Marianopolis College and Concordia University, told CBC radio One’s Homerun that Duguay’s death is a “very big loss for the film community in Montreal.”

Duguay completed his PhD at Concordia, where he also worked as an administrative assistant, focusing on film and representations of gender and sexuality.

Hays described Duguay as being a “patient and gentle” teacher who was very dedicated to his students.

“He really brought that passion to the classroom.”

Having known Duguay for 12 years, Hays said it was a shock to hear news of his sudden death.

“I think people are just at a loss. It seems so terribly unfair.”

Duguay was the long-time partner of Quebec artist and director Victor Pilon. They had been together for almost 20 years.

‘One of the best teachers I ever had’

One student wrote: “I only had him for three weeks but Sylvain was one of the best teachers I ever had. Not only was he a good teacher, he was an awesome person and I’m devastated that I couldn’t get to know him more. My condolences go to his family and I hope he rests in peace.”

Another posted on Feb. 6: “Rest in peace Sylvain. So full of life, such a tragedy it was cut short. Best teacher and most passionate and caring person I know.”

Rising number of fatalities on Highway 50

Duguay is the eighth person to die on Highway 50 since it opened in 2012. (Radio-Canada)

Duguay is the eighth person to die on Highway 50 since it opened in 2012.

Six Quebec MNAs recently signed a letter on Jan. 30 asking the transport minister to have the highway, which connects the Ottawa-Gatineau region to Montreal, widened as part of Quebec’s official infrastructure plan.

The Mortar Carrier—Rebuilding a “Track”