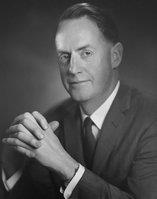 It is with profound sadness that the family announces the peaceful passing of Lloyd on April 27, 2017 in his 96th year. He was predeceased by his parents Lot and Adeline Kenyon, his sister Myrna Johns and his daughter Catherine. Lloyd is survived by his wife of 68 years, Winnifred, sons Thomas (Angela) and Douglas (Valerie) and daughter Patricia (the late Geoff), as well as grandchildren Christopher, Evan and Spencer and will be fondly remembered and sadly missed by his many nieces, nephews and extended family.

A War Graduate of the Royal Military College (Cadet # 2639), as a young Lieutenant with the 16th Field Company, Royal Canadian Engineers he landed in the first few minutes of D-Day commanding 60 sappers. Following the success of the June 6th landing, his field company was involved in many of the key battles in France. Promoted to Captain in December, he was awarded a Mentioned in Despatches medal in October 1945 and finally held the rank of Major when bringing the troops home to Canada in 1946. In 2015, he was awarded France’s highest honour, Knight of the Ordre National de la Légion d’honneur.

On returning to Canada, he completed his degree at McGill and started a 40-year career in the construction industry. He held various management positions with JLE Price and EGM Cape before retiring as Chairman of the Board of Dineen Construction. Over his career, he served terms as President of the Toronto Construction Association and Chairman of the Toronto Board of Trade. In the early 1970s, he was the Project Manager, responsible for the construction of K-Wing at the Veterans Centre at Sunnybrook Health Sciences Centre, where he became a resident in 2011. A devoted family man of outstanding integrity and kindness, he was immensely respected and loved by those who knew him. Lloyd was an avid golfer and 55-year member of the Donalda Club where, on sunny days in his retirement, he could be found enjoying the game.

The family wishes to express their deepest appreciation to the nurses, staff and medical professionals in K-Wing at Sunnybrook for the care and compassion Lloyd received during his 6-year residency at the Veterans Centre. Their attention to Lloyd’s needs greatly enriched his last years and thereby, the lives of his family. Cremation has taken place and a private family interment of ashes will occur at a later date. In lieu of flowers, the family asks that consideration of a donation be made to the Canadian Cancer Society , the Heart & Stroke Foundation or a charity of your choice. All are welcomed to attend a celebration of Lloyd’s life which will be held at 2 p.m. on Saturday, June 10th at The Church of Our Saviour, 1 Laurentide Dr. in Don Mills. 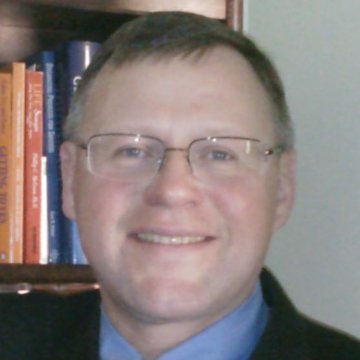 Alain had a long and accomplished military career as a RCEME officer, retiring to pursue an academic career as a professor of Electrical and Computer Engineering at the Royal Military College of Canada (RMCC). He loved learning, teaching and most of all, laughing.  He is survived by his three children:  Amanda (Ottawa), Emilie (Toronto) and Anthony (Kingston); his mother Louisette (the late Antonio Beaulieu), siblings Diane (Jean-Noël Groleau), Line (Pierre Bernard), Chantal (Gilles Dion), and Carl (Julie Pinette) of Sherbrooke; and many nephews, nieces, colleagues and friends.

As an expression of sympathy, donations may be made in Alain’s memory to the Canadian Mental Health Association (www.cmha.ca). 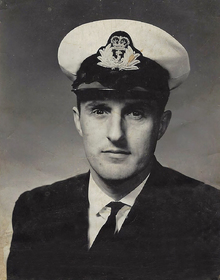 Beloved husband, father, grandfather and great-grandfather passed away in hospital on Wednesday, April 26, 2017. He was born November 25, 1929 to David and Alice Wilson, nee Jenkins in Sarnia, Ontario. He attended Royal Roads Military College from 1947 to 1949. He also received a History degree from Carleton University beating his daughter to the punch. He served in the Royal Canadian Navy from 1947 to 1976 on both coasts plus a stint in the United Kingdom, retiring as a Lieutenant-Commander in Ottawa. He thoroughly enjoyed his next 40 years, having been involved in breeding and training champion golden retrievers, cross country skiing and cutting wood. He and Gillian were founding members of the Ottawa Valley Golden Retriever Club. He is survived by his wife, Ruth Gillian and their four children: Lorna (Steve), Anne (Jeff), Tor (Janet), and Jane (Brian), nine grandchildren: Sarah (Jeff), Heather (Taylor), John, Sophie (Jim), Ellen (Matt), Melanie (Pat), Ben (Andrea), Peter (Ashley) and Rosamond and three great-grandchildren: Hannah, Rylie and Tanner with one more shortly to arrive. He will be missed by his sister-in-law, Janet (late Francis) Russell and by his sister Faye Dennis and niece and nephews and other family out west. He will be missed by the Andrechek family, especially Donna and John. Malcolm and Gillian enjoyed their bridge games, travelling, good food and company. We thought we lost Malcolm two years ago to Lymphoma. Many thanks to all the doctors led and managed by Dr. Max Buxton that gave us that much more time with him. All professional arrangements have been entrusted to the Anderson Funeral Home, 22 Raglan Street South, Renfrew. There will be a celebration of his life at a later date. In lieu of flowers, please consider a donation to Canadian Guide Dogs for the Blind, Leukemia and Lymphoma Society of Canada, Canadian Wildlife Federation or Plan International. And remember, we’ll meet again, don’t know where, don’t know when, but I know we’ll meet again some sunny day.