Late announcement: We just received word on Monday morning that, 8057 Ross McKenzie, former curator of the RMC museum passed away on Saturday January 12th 2019 – he was 72 years old. In September, he had been diagnosed with Peritoneal Mesothelioma, a rare and aggressive asbestos-related cancer.

We expect to have more details in Issue 3 next week. 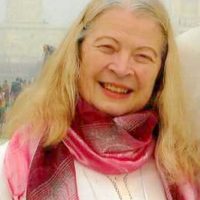 DAY, Carolyn – It is with loving regret we announce the death of Carolyn Eileen Day (nee Pile) on November 30, 2018, in her own home with her loving husband and two sons with her. She is survived by her husband and loving friend Peter, her two wonderful sons and their families, Richard and his wife Fiona and Kevin and his wife Bonnie, her grandchildren to whom she was “Nana”; Kieran, Cameron, Kyla, Anthea, and Ethan; and her two brothers and their families, Roger and Anne Pile (Elizabeth and Katie), and Dwight Pile and Karen Murtagh (Stephanie and David). Predeceased by her parents Ronald & Catherine Pile. Besides her lifelong commitment to her family, Carolyn was a deeply committed lifelong volunteer and community supporter through the schools, her churches and the CFUW (Canadian Federation of University Women). She was a school board trustee in Grey Bruce for 12 years. She filled many roles in her church and in the CFUW over many years. Her CFUW work focused on advocacy for social, environmental, and women’s issues. She was also an active advocate for the environment through her membership on the Provincial Source Water Protection Committee and the Great Lakes Charter Annex Advisory Panel under the Ontario Ministry of Natural Resources. Visitation at the EAGLESON FUNERAL HOME, SOUTHAMPTON , on Thursday December 6, 2018 from 2:00 to 4:00 pm and from 7:00 to 9:00 pm. Funeral Service will be held at the Southampton United Church on Friday, December 7, 2018 at 1:00 pm. In lieu of flowers, donations will be gratefully received for the CFUW Scholarship Fund or to the Southampton United Church. Condolences may be forwarded to the family through www.eaglesonfuneralhome.com

Passed away peacefully at the Ruddy-Shenkman Hospice on January 7, 2019 at the age of 84. Beloved husband of Elizabeth Anne nee White “Bette” for nearly 60 years. Loving father of Michael Charles Sharpe Perrin of Richmond Hill, ON and Donald Bayne Stewart Perrin (RMC 16132) (Katheryn Plamback) of Las Vegas, NV. Beloved father-in-law of Vicki Allin-Perrin, Mississauga, ON. Proud grandfather of Troy William Perrin of Calgary, AB and Alexis Michela Perrin of Meaford, ON.

Predeceased by his parents Donald and Louise Perrin, brother Ken and sister Dale Perrrin. Bayne was born and received his early education in Kitchener, ON and went on to graduate from Royal Roads Military College in Victoria BC (1953-1955) and Royal Military College, Kingston, ON (1955-1957), finishing his Electrical Engineering degree at Queens University (1958). His life’s work was spent in the Canadian Forces, RCEME.  Upon retirement he began a small computer business “Perrin Data”.

Bayne loved Barbershop singing and  sang with the  Capital City Barbershop Chorus, the  “Fallen Arches” (an all ex-Cadet quartet) and the “Capitol Letterman” quartets for many years.

The family would like to thank all the staff at the Home and Community Care – LHIN and the Ruddy-Shenkman Hospice for all their compassionate care. Cremation has taken place. Inurnment will be held in the spring at Pinecrest Cemetery. For those who wish, donations may be made to the Queensway Carleton Hospital or the Ruddy-Shenkman Hospice. Online condolences may be made at www.colefuneralservices.com 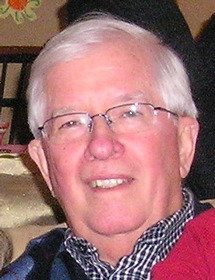 Exercising a Battalion’s Mortars on a Short String