Above feature photo by Liam Norris 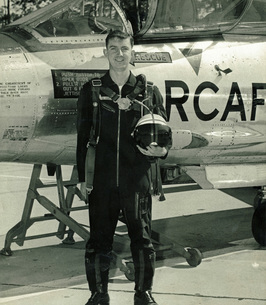 It is with profound sadness that we announce the unexpected passing of John “Johnny Boy” MacLeod Hannah on March 14th, 2019 due to complications during cardiac surgery at St Boniface Hospital in Winnipeg.

John leaves behind his loving wife of 54 years, Patricia; his children Susan and Christopher, daughter-in-law Helena as well as his most beloved grandchildren Delta Emily, Francis Riel and Charles Alasdair. And of course, his beloved furry little cat pal Chico.

He is survived by his mother-in-law Hope Haverstock; his brother-in-law and best friend Chuck Haverstock and his wife Diana; his brother David, his niece Anne-Marie Desjarlais, his nephew Stephen Haverstock, and the most awesome collection of in-laws imaginable: Scott, Kathy and Catherine Watson; Kelly, Valissa, Jesse, and Justice Desjarlais; Tammy and Tayden Haverstock. John was predeceased by parents William and Christina; father-in-law Hal Haverstock; Aunt Marjorie and Uncle Andrew Watson.

John was born to William and Christina on June 18th, 1941 at home 10 Chapel Lane, Coppul, Lancashire, England. William and his family immigrated to Canada in 1948 eventually settling in Willowdale, Ontario where father and sons built the family home. John resided there until he graduated from Earl Haig Collegiate. He joined the military and left for Royal Roads College in Victoria, BC in 1959, followed by RMC Kingston, graduating in 1963 with a degree in political science and the opportunity to enter pilot training. John received his wings in 1964 at RCAF Station Gimli and spent 32 years involved in aviation as an officer in the Air Force followed by a career at the TSB as an investigator for 23 years. He reluctantly retired at age 73.

John met the love of his life, Pat Haverstock, at Cold Lake, Alberta in October 1964 and were married in June 1965. For the next 54 years they embarked on a non-stop adventure full of love and laughs including stops in Germany, Australia, Cold Lake, Ottawa, Portage La Prairie and Winnipeg, finally retiring in Stonewall, Manitoba to be close to his daughter and first grand-child.

John received endless commendations and awards throughout his career, but much preferred to be recognized for his outstanding achievements in the field of being a grandpa. Every single thing John did was for his family and we are just so grateful to have had him in our lives for so long. He was gentle, doting, protective and selfless.

Like many grandpas, John also leaves behind seven metric tonnes of hand sanitizer and measuring tape.

A service to celebrate John’s life was held on Thursday, March 21st at 11AM, Church of the Ascension, Stonewall, followed by a reception at the Heritage Arts Center Auditorium. Cremation has taken place. Rev. James Bardsley officiating.

In lieu of flowers, John would want people to make a donation to either the Humane Society or the St Boniface Foundation/ Cardiac Research. We want to thank Dr Michael Raabe and his team, as well as Dr Russel Albak for his excellent care over the years.

Classmates who trained on Harvards at RCAF Stn Penhold will remember the day John took to the air over the rolling rangeland an hour’s drive south of Calgary…dangling from a skydiver’s parachute a couple of thousand feet up.

John told us his father had served in the Canadian Army during WWII. If memory serves, John’s father was dropped behind enemy lines with his para regiment on D Day and John wanted a taste of what it must have been like for his father to jump.

Martin Archer-Schee, an ROTP civvy U pilot trainee, was a trained skydiver and he undertook to prep John for his first (and only) jump.  Martin was very professional and didn’t go easy on John. For example, he had to leap off the back of a truck at 20 mph and learn to roll.

John survived the training and the weekend for the jump arrived. Martin arranged for a light aircraft to take John up while his course mates waited close to ground zero south of Calgary.  It was one of those startlingly clear prairie days. Not a puff of cloud to be seen. Just a gentle breeze which was nearly John’s undoing.

We watched the aircraft climb into view above us and saw John getting out into the wing strut with all his gear. At the prescribed altitude John separated from the aircraft and we watched him tumble earthward till with a snap his chute deployed. What possibly could go wrong now? There were no trees or dangerous rock piles to contend with and yet we could see John was agitated,  kicking and shouting frantically as he drifted down. The wind was taking him over a slight rise and we ran to the brim just in time to see the herd of steers he was about to land on. They were quite distressed too, looking left and right, and snorting and hoofing the turf,  never before having faced a threat from above.

John landed on a steer’s back in mid-herd and they took off like thunder as his chute drifted down to be engaged by their horns. Martin’s training had not covered this eventuality; but John got his chute off before being dragged. Miraculously he stood up unscathed as the cattle left the scene and he greeted us with one of his seraphic smiles. He had accomplished what he set out to do.

There was much celebration that night.

Editor’s note: At the request of the family we are reprinting the following obituary. 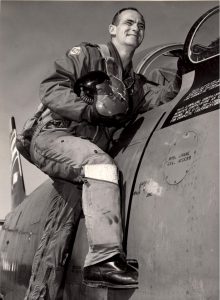 It is with profound sadness that we announce the passing of our beloved father and husband Jack Stewart Ink (“John”) on Monday, January 28, 2019 at the age of 84 years.

From 1957 to 1960, John served in the Royal Canadian Air Force (RCAF) during the Cold War as a F-86 Sabre jet fighter pilot of the 1 Air Division 421 (F) Sqn. Serving in the Canadian Air Force was one of his greatest achievements and one which fostered his deep sense of pride in serving his country he loved so much. Dad was forever musing about the latest in Canadian politics and always made his right wing views known to anyone who would listen (sometimes to the chagrin of those around him!).

Post military service, John followed his other passion, an engineering career, largely focused in pre-stressed concrete and bridge design. He would encourage his girls to cheer when they drove over a concrete bridge and “boo” when they drove over a bridge made of any other material. As a testament to his expertise, John was recognized as the “Construction Person of the Year” by the Calgary Construction Association in 2004. His love of country and all things aviation-related inspired him to be amongst the founders of the Air Force Museum of Alberta in Currie Barracks where his name is proudly displayed in the front entrance.

John was an active member of the RMC Ex-Cadet club of Calgary, having graduated from the Royal Military College in 1956 (college number 3626). John was also a member of the downtown Rotary Club of Calgary and always took every available opportunity to volunteer his time. For many Christmas seasons until his health wouldn’t allow, Dad donned a red Santa Hat and volunteered with the Salvation Army manning a kettle.

John was an active member of St. Peter’s Anglican Church and we are grateful to everyone at St. Peters for their loving support. Forever a pilot at heart, John built and flew hundreds of model airplanes over the years. We will forever remember afternoons spent at the flying field assisting Dad and wiping down his planes. Dad could often be found in a bar or officer’s mess for beer call with former flying buddies, regaling each other with war stories and enjoying a pint or two. 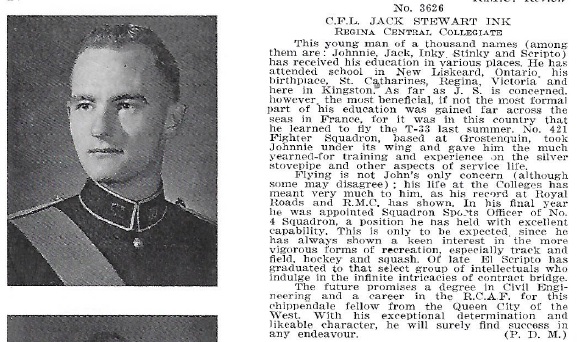