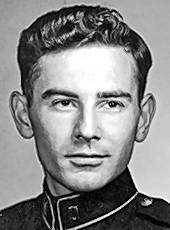 Joseph William “Bill” Smallwood passed away on May 7, 2019 in the Ottawa General Hospital after a short brave battle with cancer. Born in Halifax, on January 13, 1932, Bill was the son of the late Joseph and Gladys (Schwartz) Smallwood. He attended Royal Roads, and graduated from the Royal Military College in 1953. During his first posting in Summerside, P.E.I., he met the love of his life, Phyllis Wood. They were married there on September 5, 1953. Bill had four successful careers. As a student navigator he served in the Korean War, and later served in West Germany and France. After working in Dartmouth as an Industrial relations Officer, Bill moved with his family to Ottawa to serve as a Director in the DND. He retired in 1986 to work with Phyllis in her highly successful real estate career. He later wrote a series of historical fiction, Abuse of Power, the last and eighth volume was published in 2018. Besides his parents, Bill was predeceased by his sisters, Crystal and Jean. He is survived by his wife of 65 years, Phyllis; son, Joe (Zenonia Fulham); daughter, Elaine (Gary Maheux); and grandchildren, Laura (Pascal Bisson), Alex, Geneviève and Christian. Services were held Saturday May 18th, in Beechwood Cemetery. In lieu of flowers, a donation to the Canadian Cancer Society would be appreciated.

Bill Smallwood was a shining example of what is accomplished with a military college education.  He served his country  both as a member of the armed forces and as a civilian in government service.  He was a caring husband and a wonderful father.  He was an accomplished musician and the published author of an amazing series of books.

Bill arrived at Royal Roads in September 1949.  While his classmates came from all over Canada Bill was very much the man from Halifax, Nova Scotia.  He was always friendly and had the ability to make his classmates smile when he played the popular tunes on the piano.  During his time at Royal Roads, Bill began his training as a Navigator in the RCAF during summer training.  On June 1, 1953, Bill graduated from RMC, but he had been posted to RCAF Station Summerside as a Staff Navigator in April. It was on May 10th,  that Bill claimed his life began when he saw a particular Radar (Air) Technician on the apron of Hangar #2. Her name was Phyllis Wood and on September 5, 1953 she became Bill’s wife and soul mate for 66 years.  In the following years Bill and Phyllis had two children, Joey and Janice Elaine.

Like all aircrew officers, Bill was moved from posting to posting and Phyllis was his constant companion sharing temporary accommodations  and lonely hours while Bill was away on trips. Bill served with 426(T) in Montreal, and 402(T) in Winnipeg before receiving his air interceptor wings, and then joining 419 squadron in Baden Soellingen.  On return to Canada, Bill went to Bagotville to cross train for service with 416 squadron in Chatham.  In 1967 Bill returned to civilian life and began working for the government in Halifax. During four of the years that Bill was in Halifax he was involved in the Air Cadet Program. Eventually, Bill left government service and joined Phyllis as a real estate agent.

Bill’s family and their ancestors lived in and around Halifax from the earliest days.  Bill took the stories he had been told, added historical fact, and added some fiction for flavour to write a very interesting and readable series of novels. At our class reunion in September, 2018, Bill announced that he had written the last book in the series. Bill gave me a copy of the last book and I laid awake most of the night reading about Bill and many of our classmates during our cadet and service days. Bill and I had the lowest numbers at the Old Brigade dinner which was a great way to end our last class reunion.  Stand down Bill, you have well served your country, your family, and your colleagues. TDV.