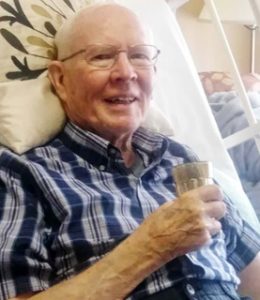 3511 Gordon Bale (RRMC/RMC 1956) – It is with great sadness that the family of Gordon Bale announces his passing on June 26, 2019, at the age of 85 years. Gordon is lovingly remembered by his son Dougal, daughter-in-law Alison, and grandchildren Cameron and Robyn. He was predeceased by his beloved wife Maureen. Gordon was born in 1933 in Hamilton, Ontario, to Cecil and Christine (Nichol) Bale. He attended Stamford Collegiate in Niagara Falls and later studied at Royal Roads and Royal Military College, graduating with the top academic standing in his class. From there, he pursued post-graduate work in economics at McGill University and the London School of Economics. After teaching economics at RMC, he then completed a Law degree at the newly founded Queen’s University Law School where he subsequently returned to teach for the rest of his career. In the late 1960s Gordon met Maureen, the love of his life. They were married at Dunfermline Abbey, Scotland, on December 26, 1970. They soon built a home on Treasure Island where Gordon worked steadily to transform a rocky bare site into an idyllic waterfront garden. They lived happily on the island for over 40 years, frequently entertaining both old friends and new friends made during their many travels. Over the last years of his life, Cerebral Amyloid Angiopathy limited his mobility and led to dementia, but despite these frustrations, Gordon remained ever the gentleman. The family is grateful for the dedicated care provided by Deb Brennan as well as Leo Cordona, Laarni Lim, and many other caregivers from Bahay Caregiver Services. We would also like to thank the caring staff at Arbour Heights. A private memorial service will be held at Cataraqui Cemetery. In lieu of flowers, please consider a donation to the Heart and Stroke Foundation to help fund Cerebral Amyloid Angiopathy research.

It is with deep regret that I inform you of the death of 4252 MGen[R] Howard Wheatley (RRMC/RMC 1958) at the Ottawa General Hospital, on Saturday, July 20, 2019 from the effects of stomach cancer. You will recall from my email sent out on 5 June that Howie had been battling the cancer and a gastric obstruction problem  for several weeks and had been in and out of hospital and respite care sites. At that time, Howie asked that no notice about his problems go out until, as he put it, “…. the situation was clarified.” His condition looked promising in early June so I was given the OK to let the class know. The improvements did not continue and Howie preferred to fight his battles quietly so no further updates were sent to the class. I received a call from Mary, Howie’s wife, this afternoon with the sad news that Howie had lost the battle yesterday morning, with him were Mary and their two sons, Robb and Michael. Mary reported that she will need some time to recover and will switch off for the next several days. There will be an obituary issued eventually, and if it is decided to hold a Celebration of Life that will likely occur closer to the Fall.

Reflecting on the Leadership of Frederick II of Prussia