It is with sadness we report the passing of Major General (rtd.) John Robert (Bob) Chisholm on July 16, 2019 at Arrowsmith Lodge in Parksville, BC due to complications of Alzheimer’s disease. Bob was born in Kentville, NS to Elsie (Payzant) Chisholm Brookes but moved to Sackville, NB where he met the love of his life, Gwendolyn Phinney. After high school, Bob received a scholarship to study at Collège militaire royal de Saint-Jean (now RMC- Saint-Jean) where he won his pilot’s wings. Gwen took her nurse’s training at the Royal Victoria Hospital in Montreal where they married in 1956. Bob and Gwen enjoyed a long and happy partnership for over 60 years and raised two children – daughter, Diane Chisholm (Christopher Cooper) of Lunenburg, NS and son, Steven Chisholm (Christine Coates) of Salt Spring Island, BC and happily welcomed grandchildren, Joseph Cooper (Caitlyn) of Halifax, Nova Scotia; Thomas Cooper of Lunenburg, NS; Jesse Chisholm of Edmonton, Alberta and Matheson Chisholm of Victoria, BC. With Gwen at his side, Bob enjoyed a successful 30 career with the Royal Canadian Air Force (RCAF). In 1963, he was posted to England with the RAF at Base Wattisham and to fly Lightning jets. Highlights of those years include RAF 111 Squadron’s fly-pass for the Queen’s Royal Jubilee in 1965 and an invitation to Buckingham Palace for tea with the Queen (with 300 others). Upon returning to Canada, Bob continued his flying career and went on to fly KIOWA and HUEY helicopters at 427 Squadron at Petawawa, ON and 403 Squadron at Base Gagetown, NB. Bob and Gwen’s military life took them to many places including Bagotville, Quebec; Wattisham, England; North Bay, Toronto, Deep River and Ottawa, Ontario. Bob was also proud to serve as Base Commander of Base Comox, BC. Upon retirement, Bob and Gwen settled in Ottawa where he consulted for Rolls Royce (Canada) and for Canadian Helicopters. After 10 years in Ottawa, they relocated to Parksville, BC where they golfed and enjoyed a busy social life, winters in Lake Havasu, Arizona and world travels. On a memorable trip to China in 1977, they recounted the challenges travelling to Xian to see the terra-cotta warriors with no knowledge of Chinese. Later in retirement, tragedy struck when Bob was diagnosed with Alzheimer’s disease. Gwen remained his steadfast helpmate until 2015 when Gwen was suddenly struck down and passed away. Bob and Gwen were lifelong sweethearts and profoundly grateful for their rich life and large circle of friends. The family would like to thank the staff at Arrowsmith Lodge in Parksville, BC for their kindness and care and also the congregation of Knox United Church. There will be no service and interment take place at the military graveyard at Beechville Cemetery, Ottawa.
***
3021 BURRY, C. JAMES BURRY – Class of ’53 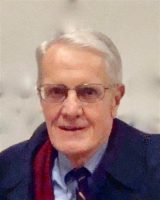 C. James Burry, of Toronto, Ontario, age 88, passed away suddenly at Mount Sinai Hospital in Toronto on July 25, 2019. Devoted husband of Winifrede Rogers Burry for 61 years. Proud father of Guy (Liz Lundell), Donald and John and “Grandpa” to Kate and Owen, Alex (Melinda Choy) and Emma-Lee. Predeceased by much-loved sister Joan Brown and dear sister-in-law Marianne Rogers. He will be missed by sister-in-law Gay Rogers, extended family and many friends. Jamie was born in Toronto, Ontario, son of James A. S. and Dorothy (Fox) Burry. Jim was in the class of ’53 at the Royal Military College, Kingston (#3021) where he earned the nickname “Burro” for his tenacity. He graduated from Civil Engineering at the University of Toronto and then completed a Master of Science degree at Massachusetts Institute of Technology. Jim was a recognized expert in the field of water purification and waste water management. He worked as a consulting engineer at James F. MacLaren Associates as part of the team that designed Canada’s first metropolitan-scale sewage treatment plant – the Humber Wastewater Treatment System in Toronto, opened in 1960. Jim later consulted on projects with Gore & Storrie before he became a professor at Ryerson University from 1967 to 1991 – where he was one of the first to provide coursework on computer. He was President of the American Water Works Association and recipient of the Water Environment Federation’s Bedell Award. Jim was also a director on the board of St. Marys Cement Company. Jamie’s favourite pastimes were working on the computer, painting military miniatures, genealogy, reading, listening to music, watching anything gridiron and college hoops, driving machinery at Midloch Farm in his penny loafers and taking many memorable family trips to Florida, British Columbia and Prince Edward Island, as well as Christmases at the Muskoka cottage that he and Win purchased in 1987. A reception to celebrate his life will take place at The York Club, 135 St. George St., Toronto, ON, on Friday, September 6, 2019 from 3:30 to 5:30 p.m. In lieu of flowers, donations to the Taylor Statten Camping Bursary Fund (tscbf.com) or the charity of your choice would be appreciated. Jamie always thought that summer camp was truly important for his boys because it gave him a few peaceful summers.
***
4252 Howard Wheatley (RRMC/RMC 1958) 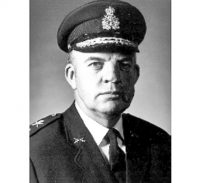 Having suffered a debilitating illness for several months, Howie passed away in hospital with loving family by his side on July 20, 2019. He is survived by his devoted wife of 59 years, Mary Margaret (nee Rapawy) of Windsor, ON, beloved twin sons Robb (Kristin Moore), and Michael (Jenn), cherished grandchildren Lillian and Coulson, his sister Dorothy (Ralph Baker), and numerous nieces, nephews, and cousins. He will be very much missed by family and friends. He was predeceased by his parents Charles and Marjorie (nee Ramsay) and sister Helen (Glenn White). Although born in Petrolia, he attended secondary school, SDCI, in Strathroy, ON where his fascination with the military began through his involvement with Army Cadets, an interest that remained strong throughout his life. In retirement, it gave him great pleasure to have been appointed Colonel Commandant of the Royal Canadian Army Cadets. He was a graduate of Royal Roads Military College, Victoria; the Royal Military College in Kingston and Queen’s University.

Commissioned in 1959, Howie joined 4th Regiment, Royal Canadian Horse Artillery (RCHA) in Petawawa for his initial term of regimental duty during which he was attached to a Canadian signals unit on United Nations duty in the Congo. He also served as a Staff Captain at Army Headquarters at the time of the integration of the three services, before being selected for attendance at the Canadian Army Staff College. A succession of increasingly senior administrative and operational staff appointments followed in Canada and Germany, including Chief of Staff Administration at Force Mobile Command Headquarters in Montreal and culminating as Chief Land Doctrine and Operations, in the rank of Major General, at National Defence Headquarters.

It was in the service of The Royal Regiment, however, where Howie derived his greatest career satisfaction be it as Battery Commander A Battery, 1st Regiment RCHA in Gagetown and Germany; Commanding Officer 2nd Regiment RCHA in Petawawa; as Director of Artillery in Ottawa; Commander Division Artillery at Exercise RENDEZ-VOUS 85 in Suffield – one of the largest peacetime artillery events of its kind – or, as Senior Serving Gunner. Few matched his ability as a trainer or motivator of artillerymen.

Once the family decided to build a cottage on Crow Lake in 1974, perspectives shifted somewhat. The military remained a prime focus, but night school classes in electrical wiring, plumbing, and furniture building began to dot the calendar. The cottage, with its many challenges, became a very special place. But in retirement, Howie became the family genealogist for the Wheatley family that immigrated to the Sarnia area in 1837. His goal was to describe the life and times of the family members from the time they first made their way to British North America until the present. A daunting idea, but he did publish one of the seven volumes planned – an extraordinary effort. Three other volumes, each more than half finished, are now looking for younger members of the family to take up the cause. However, it was the entry of his class of ’58 into the Old Brigade at RMC that made Howie step back from genealogy long enough to compile The Book of Biographies for his classmates – yet another Howie-sized accomplishment!

Family and friends are invited to a Celebration of Life that will take place on Saturday, September 7, 2019 at Beechwood, Funeral, Cemetery and Cremation Services (280 Beechwood Avenue,) at 1:30 p.m. In lieu of flowers, donations may be made to the Army Cadet League of Canada, the Royal Canadian Artillery Heritage Fund, or the Canadian Cancer Society.

The Kaiserslautern Rod & Gun Club: A Lesson in How Not to Lead