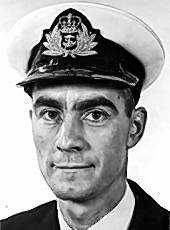 Norm was born in Vancouver, B.C. on January 16, 1932 and died August 29, 2019 in South Shore Regional Hospital in Bridgewater. He was the son of the late Norman Alfred Haslett and Janet Tosh Haslett. Raised and educated in Vancouver by his father with the caring help of stepmother Joan McKenzie Haslett. Survived by loving wife of 59 years, Laurel Margaret Haslett (Brodie) of Halifax, and by sons, Colin, Christopher, Timothy, and stepsiblings and good friends, David Reano (Judy), and Janet Reano Currie. He went to sea in the merchant service at age 16, and subsequently joined the Royal Canadian Navy in 1949 as Ordinary Seaman. After seaman training and service, attended Royal Roads and Royal Military College of Canada. Received the degree of B.A.Sc in Electrical Engineering from the University of Toronto in 1957, subsequently served as an Electrical Officer, principally in the Fleet Air Arm. During this period received the degree of Master of Engineering from Nova Scotia Technical College from Dalhousie University. Resigned from the Royal Canadian Navy in 1972 with the rank of Lieutenant-Commander. Norman always viewed his naval service as the defining stage of his life and was most grateful for the opportunities, experiences and comradeship that the Navy gave to him. In civilian life Norman continued electrical engineering in automated train control, marine navigation equipment, and finally for 15 years as Manager of Telecommunications and Electronics in the Metropolitan Toronto Police force. In 1997, after he and Laurel retired, they moved back to Nova Scotia to a rural area near Lunenburg, and later to the Town of Lunenburg and latterly Mahone Bay. Throughout the years Norman enjoyed many community activities, including serving as President of the Lunenburg Art Gallery, Chairman of Lunenburg Citizens for Public Transit, as Treasurer of the Riverport Board of Trade, as a literacy tutor, and as a proud member of the Riverport and District Community Choir and many other groups and organizations. During his retirement Norman developed a consuming interest in good music, studied piano, and took up piano care and tuning as a hobby. Norm expressed the wish that his remains be donated to Dalhousie University, Halifax. As per his wishes, there will be no funeral. A gathering for friends and family will be held at a later date. 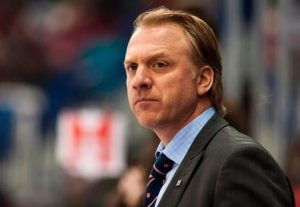 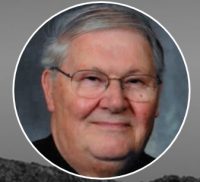 The Reverend Canon Alex Wakeling passed away on the morning of September 6, 2019. He lived an incredible life, serving 27 years in the military as a chaplain here and abroad, and as a priest in the Dioceses of Calgary and Kingston. He served as the Vicar at St. George’s, and after his retirement continued his ministry for the next seven years as an interim priest in the Diocese of Ontario.

He will be missed and fondly remembered by his many friends and parishioners as well as by his family: his wife of 62 years, Patricia; his three children Kathryn (Bob Macmillan), Alexander “Sandy” (Hanna), and Stephen (Donna); his six grandchildren, Candice and Bobby, Kimberly and Taylor, Joshua and Jasmine and his great-grandson, Fox.

Pat would like to extend a special thanks to the caring and compassionate nursing staff at the Kingston General Hospital as well as Providence Care Hospital, Heritage 2.

The family will gather for a funeral liturgy to be held at St. George’s Cathedral, on Friday, September 13 at 1 p.m.  A time of fellowship will follow until 3 p.m.

In lieu of flowers, those who wish may make memorial donations to the Primate’s World Relief and Development Fund.

May he rest in peace and rise in glory. 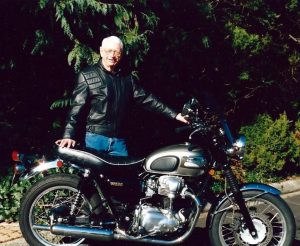 Editor’s Note: While Streb Collins passed away in January 2019 eVeritas only received the information this week. Thank you.

Streb was born in Saskatoon and was raise on his family’s farm in Parkside, Saskatchewan. He graduated from Kingston Military Collage as a full lieutenant and was sent to Korea as Special Services. He then came to Vancouver in 1957 to work at Crown Zellerbach as an accountant. He later became a high school teacher finishing his career at Burnaby Central Secondary School.

He enjoyed travelling, motorcycling, volunteering and his beloved bridge club. He was an avid runner and amateur naturalist. Streb fought for the under dog and could be counted on to do the right thing. He will be truly missed.

A private family service was held.

Family has requested no flowers please.