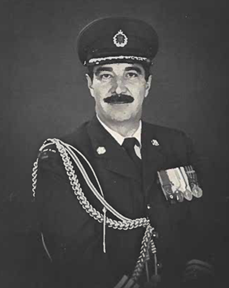 Much treasured son of the late Ronald and Helen (Cooper) Jackson, and brother of the late Karen Johnson, passed away after a short illness, resulting from a fall at home. Survived by his loving wife and best friend, Carmen Hall of Gananoque, their son Alex and his wife, Chanda and their daughter Vienna of Toronto, as well as his sister Susan Roess (Manfred) of Calgary.

Ron grew up in a military family and as legend has it, lived in 19 places in 21 years. He graduated from RMC in 1965. After a career in the Air Force and in the private sector, he joined the federal public service. He enjoyed and cherished his long career in Transport Canada, the Privy Council of Canada, and finally as a principal at the management consulting firm Sussex Circle.

The highlight of his Government career was as the Assistant Deputy Minister first of Aviation, during the privatization of the Canadian Air Navigation System, then as the ADM responsible for bringing together all Transportation Regulation: Air, Marine, Road, Rail, Dangerous Goods, and Security.

While passionate about his work, his first priority was his family and he prized their shared downtime.  He was good at it all: skiing, sailing, hiking, hockey, swimming, he excelled at anything that was both physical and out-doors. Loved sailing on Lake Ontario and in the Thousand Islands, but also sailed in Greece, Polynesia, Mexico, Virgin Islands, the Grenadines and the Seychelles.

Ron was thoughtful, smart, fun and a colourful raconteur. A lovely man, he will be forever missed by his family and many friends. 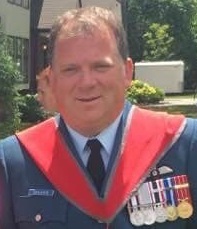 20394 John Christopher Spearin (RMC 1996)
Christopher John Spearin – Chris to the many who knew and loved him – was a “good soldier” in the full and varied sense of the term.
He was born April 25, 1972, in Windsor, Ont., to Judy (nee Newbold) and George Spearin. He died all too soon at age 47 on September 13, 2019, felled by a relentless cancer. Foremost among those he leaves behind are his mother, his loving wife Kelley and children Abigail, Matthew and Audrey. Also brother Kyle, though not, alas, brother Kevin who predeceased him, as did his father.
He set on a military career from the earliest, first in cadets and then in reserves. He worked his way up through the Windsor detachment of the CFRC reserve corps to officer candidate school to Royal Military College, from where he graduated in 1996 with a Bachelor of Engineering degree and later, from Canadian Forces College with a Masters in Defence Studies.
His active service career spanned 27 years and four months. In that time he was an airborne Combat Systems Officer with the Royal Canadian Air force, flying in Sea King Helicopters and deployed with Royal Canadian Ships and other units domestically and abroad. He rose to the rank of Lieutenant Colonel in the course of a career that included numerous command distinctions, including service as Exchange Officer with the Royal Navy in Cornwall, U.K., a role in which his sterling professionalism and dedication made him an outstanding ambassador for Canada and the RCAF.
On a lighter side, he was an avid bagpiper who enthusiastically played with the 12 Wing Pipes and Drums.
Beyond his outstanding professional qualities, those he unstintingly displayed in private life made his deeply cherished by family and friends, Humble, caring, gentle, understanding and respectful of women are aspects commonly cited by those who knew him, along with an endearingly quirky sense of humour; to the end he even managed to crack wise about his cruel affliction.
And above all of his family and especially of his children. And hopefully their children, will be imbued with a knowledge and guiding appreciation of the qualities that made him an all-around good soldier. These further include parents-in-law Robyn McNicoll (Hubert Bauch) and Ronald Gratton (Patricia Pipon); sisters-in-law Paulette and Danielle; nephews Ryan, Aaron and Jack, and niece Molly. Also brother-in-law Tyler (Hillary Duncan and daughter Eleonore). Beyond that, many aunts, uncles, cousins and other in-laws.
Through them his wonderful spirit will live on as they recall him for the caring, loving and accomplished man he was in all aspects of his life. Memorial service was on Thursday, October 10th, service at 11am at 423 (MH) Squadron Hangar, 12 Wing Shearwater. 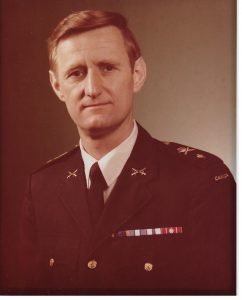 It is with sadness, but gratitude for a life well-lived, that we announce the death of Jim, who died peacefully in hospital on October 7th in Bridgewater, Nova Scotia.  He was 83 years old.  He is survived by his beloved wife of 59 years, Carolyn; sons, 16539 David (Laurie) and 17572 Daniel (Megan); grandchildren, Jenna, Heather, Sean, James, Susie and Jonathan; and his brother 6245 Bill (Lil).  He was predeceased by his brother, David Jeffrey (Joyce).

Born in Bedford, NS on December 20, 1935, Jim was the son of the late Arthur Bernard Fox and late Margaret Anna Heatley.  Following graduation from Queen Elizabeth High School in Halifax, he attended Royal Roads Military College (RRMC) and was a member of Mackenzie Flight.  In those days, travel to and from the College was by train in No. 4’s and Jim said he never paid for drinks during the long journey, due to the generosity of his fellow passengers.  At Roads, Jim made two important conversions, which suited his talents.  He switched from Engineering to Arts and from the Navy to the Armoured Corps.   While at Roads and RMC, Jim had his nose broken multiple times as a champion boxer.  He also participated in soccer, cross-country and hockey.  Upon graduation from RMC in 1957, Jim completed a BA in English at Dalhousie University and met his future wife, Carolyn.

Jim then embarked on a long and distinguished career as an armoured officer within Canada and internationally.  He served in the 8th Canadian Hussars (Princess Louise’s) and was the commanding officer of Lord Strathcona’s Horse (Royal Canadians).  After being the first Canadian and International Fellow to attend the US Army War College, Jim commanded the 4th Canadian Mechanized Brigade Group in West Germany.  Senior military positions included Commander of Mobile Command (now Commander of the Army) and Assistant Deputy Minister of Personnel.

After retiring from the Canadian Forces in 1991, Jim worked as the Executive Director of the Heart and Stroke Foundation of Canada.  His involvement with the military continued, including holding honorary positions as Colonel of the Regiment of the Strathcona’s for almost 10 years and later as Colonel Commandant of the Royal Canadian Armoured Corps.  When his military career finally ended in 2005, it had spanned more than 52 years.  Throughout his career he vigorously promoted officer education and development.   In 1994, Jim was proud to be granted a Doctorate in Military Science from RRMC in recognition of that effort.

To those who knew him, Jim was a gifted, but humble leader who motivated those around him with eternal optimism and humour.  He cared deeply for those with whom he worked, encouraging their personal development.  There is no doubt his caring approach influenced many people towards success in their careers.  It also led to strong friendships with individuals of all types and walks of life.  His was a life of service.

Cremation has taken place and there will be no visitation.  An informal celebration of life will be held at 2 p.m. on Saturday, October 12th in the large conference room at the Mahone Bay Centre, which Jim assisted to establish as a hub of the community.  Flowers by family only.  Interment will take place at the National Military Cemetery in Ottawa at a later date.  Donations if desired to the Lord Strathcona’s Horse (Royal Canadians) Regimental Society, Heart and Stroke Foundation of Nova Scotia, the Mahone Bay Centre Society or a charity of choice.  Online condolences may be sent to the Mahone Funeral Home (www.mahonefuneral.ca). 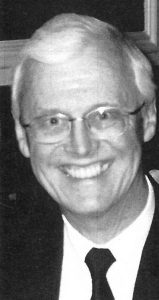 We lost our wonderful Howard at the age of 80 on September 30, 2019 after a battle with dementia. Born in Belfast N.I. to Rev. E.H. Hunter and Mary Helena Hunter. The family moved to Canada in August 1951 and Howard attended Stamford Collegiate in Niagara Falls, Royal Roads Military College in Victoria, Royal Military College in Kingston (4921), graduating in 1960. Howard spent another year completing his electrical engineering degree at University of British Columbia. After working with the RCAF, he graduated from University of Toronto in 1967 with an MBA degree. He joined TD Bank and enjoyed many years there obtaining a CMA (accounting) designation in 1977.

Howard was an avid birder and enjoyed several trips around the world. He also enjoyed photography, gardening, his cottage, sailing, jazz and the Globe & Mail. There will be a Celebration of Howard’s Life at Turner & Porter Yorke Chapel, 2357 Bloor St. W., on Sunday, October 27, 2019 from 2 to 5 p.m.

If you wish, in lieu of flowers, please donate to a charity of your choice.