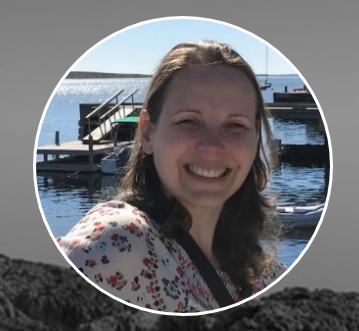 It is with profound sadness that the family of Denise Marlene Laplante (Chase) announce her passing on October 10th, 2019 at the QE2 VG site.

Denise was born on a beautiful sunny day on August 16, 1979 and left this world on another sunny day at the age of 40 years. They say “Only the good die young.” That passage could have been written with Denise in mind.

Denise is survived by her loving parents, Henry and Michele Vissers (McNutt); the love of her life, her husband, Hugo Laplante, her adored children, Logan and Madeleine (Maddie) Laplante; her devoted brothers, Andrew and Daniel Vissers; loving parents in law, Robert and Hélène Laplante (Robert); her adored grandmother, Connie McNutt (Mingo) and grandfather, Martin Vissers (Opa). She is also survived by many adored aunts, uncles, cousins, friends, coworkers and neighbours. She will be dearly missed by her puppy, Chase.

Denise completed a Degree in Criminology at St. Mary’s University and dedicated her career to helping people reintegrate back into society. As a Parole Officer, she believed that, if you treat people with respect and kindness, they are more likely to treat others that way. She also dedicated herself to educating people in the prevention of Suicide by delivering ASIST and Safe talk workshops. Very recently, she was awarded ASIST trainer of the year for her hard work with this cause.

Denise was dedicated to her family, community and her many friends. She was truly the shining light in her whole family, always the party planner, she was a “let’s dance and have fun Girls”, make sure everyone is happy, kind of person. From the time she was old enough to walk until she couldn’t anymore, she lit up every room she entered. Look up at the sky tonight and you will see another Angel, shining down to watch over you.

Denise’s message to all of you is to enjoy life, take care of yourself and girls, “Check your boobs”!

Funeral service and reception took place at St. John’s United Church in Fall River, Reverend Sally Shaw officiating. Interment followed the reception at Oakridge Memorial Gardens in Middle Sackville. Family flowers only. In lieu of flowers, donations may be made to the Breast Cancer Society of Canada.

The family would like to express sincerest gratitude to Denise’s doctors, nurses, and other health care providers for trying so hard to save her life and for taking such good care of her during her illness. Thank you as well for your kindness and support to her loved ones, especially her dedicated partner, Hugo.

Online condolences may be made at www.atlanticfuneralhomes.com Sackville Chapel. 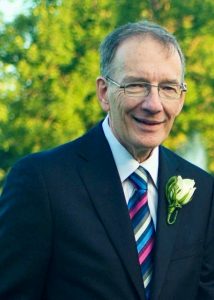 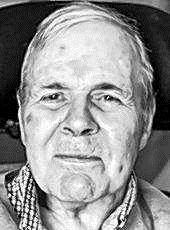 Age 83, on October 8, 2019 in Glebe Centre, Ottawa, Ont. Son of the late Joseph and May (White) Methven (of Sackville). Engineer-educated at Royal Military College in Kingston, Ont., and trained as a navigator, Garth had a successful career in the Canadian Air Force that spanned many functions and locales, in cluding Maritime Patrol service on the Argus aircraft. Garth was extremely proud of his family, and his time was regularly dedicated to their happiness and endeavours. He instilled in his sons the values of hard work, commitment, patience, and honesty, which they try to bring to their own families and interactions every day. He is survived by his sons, Bradley (Ling), Ottawa; Andrew (Kathie), Weston, Fla.; granddaughters, Michelle, Paris, France, and Courtney, Jacksonville, Fla. He was predeceased by his loving wife, Fran; infant daughter, Lynda Suzanne; and brothers, Keith and Blair. Arrangements entrusted to Kelly Funeral Home in Ottawa, and T.K. Barnard Funeral Home in Sackville. Service in Brookside Cemetery, Bedford, at 11:30 a.m. on October 21st, followed by a reception at 16 Camden St., Bedford. Donations appreciated to the Alzheimer Society of Canada. 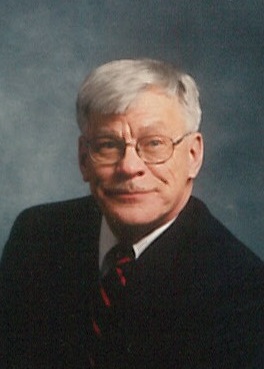 It is with great sadness that we announce the peaceful passing of John Oliver, aged 83 years, on Friday, October 18, 2019 at the Selkirk Regional Health Centre, surrounded by family.

John was predeceased by his parents Kathleen and Stefan and sister Edith.

John was born in Selkirk, MB and lived almost all of his life there. John attended Royal Roads Military College in B.C. and was very proud and honoured to become a member of the Old Brigade in 2004.

John worked in healthcare in B.C. before returning to Selkirk and was an employee of Gerdau (MRM) Steel, retiring in 1999.

John was a lifelong member of the Royal Canadian Legion and the Navy League. He enjoyed Scottish country dancing, hiking, birdwatching and singing.

His family would like to thank his homecare workers and the staff at the Selkirk Regional Health Centre for taking such wonderful care of John.

A memorial service was held on Friday, October 25, 2019 at 2:00 p.m. in the Gilbart Funeral Chapel, Selkirk with reception following. A private family interment will take place.

In lieu of flowers donations can be made to St. Clements Church or St. Peters Old Stone Church.

4232 John Oliver entered Royal Roads in the Fall of 1954. Shortly after beginning the year an unknown medical condition occurred that resulted in him being hospitalized in November and then being medically discharged from the Armed Forces in December of 1954. His ensuing career was spent in his home Province of Manitoba in a variety of jobs at Manitoba Rolling Mills, a steel manufacturer. He remained with the company until his retirement  in 1999. He was active throughout his life with the Royal Canadian Sea Cadets, the Royal Canadian Legion and the Anglican Church; he also enjoyed Scottish Country Dancing for over 35 years and was a licenced instructor. His son Matthew, #16130, graduated from Royal Roads in 1985 and from RMC in 1987; then served over twenty years in the Air Force. 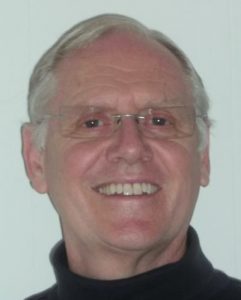 Dean Gareth Jerome Brassington, 65, of Norfolk, VA, suffered a heart attack on Wednesday October 16th, and died on Saturday, October 19, 2019. He is survived by his loving wife of 36 years, CAPT Charlene Brassington, MSC, USN, (ret), his mother Joy Brassington, and his brother M Adrian Brassington of Hamilton, Ontario. He was preceded in death by his father Donald J. Brassington.

It’s a drab, wet, gloomy day here, making the atmosphere all the more sullen as I contemplate the sudden loss of one of our RMC Class of 76’s finest.  I remember an always well-dressed, well-mannered, ever-cheerful gentleman who would greet everybody with a broad grin, a glint in his eye, and his head slightly cocked to one side.  Hail fellow, well met: to a tee.

I didn’t know Dean very well during our short stay together at RMC, but I have a special place in my memories for Dean during our time as junior naval officers in Halifax, and especially with the Submarine Squadron.  We were shipmates onboard the submarine OKANAGAN during a highly eventful 1979 deployment to the UK for workups, and a great port visit to London afterwards.  Dean became (in)famous for painting the sub’s mascot (the pink panther) on the fin, and for concocting a pink signature cocktail (secret recipe) to boot.  We also spent two excellent weeks of annual leave together in 1981 as crew mates on a 33ft yacht from Southampton to Lisbon, braving quite a storm in the Bay of Biscay, and way too much port wine in, where else, Porto.  Dean was our assiduous galley honcho at sea and charming social coordinator ashore, making the trip a most enjoyable experience.  Later, after Dean and Char departed for Norfolk, it didn’t surprise me in the least to learn that Dean took up financial counselling as a way to assist naive but suddenly very rich sailors coming home from long deployments.  Caring for others is what Dean did best.

I am very sorry that my friend passed all too soon.  He was a model of civility and compassion much too rare in today’s society.  I am convinced that all his classmates from RMC days, shipmates in the Canadian Navy, and indeed anybody who has ever met and worked with Dean, would agree that he was a very special guy.

(* Your social event was first class.  Thank you).

As requested by the family, the Class of 76 will make a donation to feline rescue in Dean’s memory. 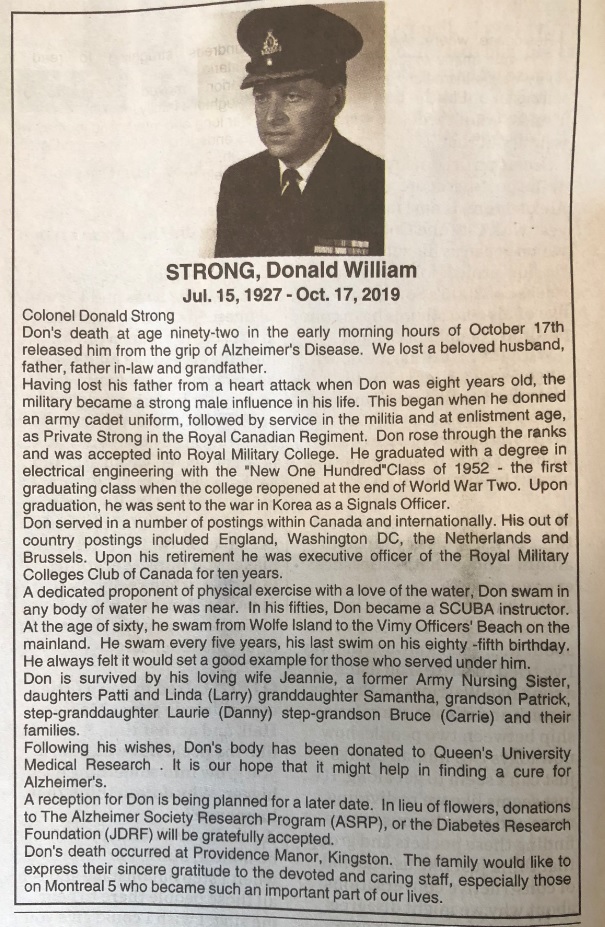