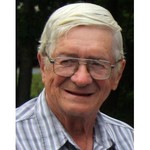 It is with sadness the family of M. Ross Brophy of Quispamsis, loving husband of Carol (Liddell) Brophy, announce his passing on Thursday, February 21, 2019 at the Saint John Regional Hospital at the age of 82. Born on January 9, 1937, he was a son of the late Frank and Ivy (Wells) Brophy.

Ross lived for one thing, family, Carol ‎and kids. Salmon fishing may have been second place. He was a proud professional engineer, graduating from the Royal Military College in Kingston, ON. His guidance, vision, and family first focus pushed Marc, Krista, and Leisa to become educated, independent, confident and successful. He achieved his goals.

In addition to his wife, Ross is survived by his children: Marc (Cathy) Brophy, of Dartmouth, NS; Krista (Peter) Thompson, of Halifax, NS; and Leisa Brophy, of Cobourg, ON; and his eight grandsons: Matthew and Michael Brophy, Jonathan, Andrew and Justin Thompson, and Adam, Jeremy and Bradley Barrett.

Special thanks to the awesome staff of 5C North of the Saint John Regional Hospital.

Arrangements are under the care and direction of Kennebecasis Community Funeral Home, 152 Pettingill Road, Quispamsis, NB (506–849–2119). In keeping with Ross’ wishes, there will be no visitation or funeral service. For those who wish, remembrances in memory of Ross may be made to Atlantic Salmon Federation or a charity of the donor’s choice. Online condolences may be placed at www.KennebecasisFH.com. 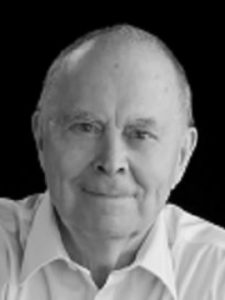 George Richardson passed away on October 22, 2019, at the Carveth Care Centre in Gananoque following a period of failing health.  Predeceased in 1989 by his wife Rosemary (nee Dougherty) and in 2019 by his sisters Margaret Proudfoot and Frances Crawford.  He will be dearly missed by his children Tim Richardson (Sylvia), Jim Richardson (Brenda) and Jane Richardson (Kevin).  Fondly remembered by his grandchildren Douglas (Bev), Taylor (Amy), Sarah (Alex), Allison (Phil), Kyra and Chloe; great-grandchildren Quinn, Owen, Conner, Kailey and Xander and his extended family, particularly Donna Norman and his nieces and their families.  The family would like to thank friends and colleagues who have supported the family through this difficult time. A special thank you to the staff at Carveth Care Centre who were involved in George’s care for the past two years and special thanks also to Lisa Reynolds of For the Love of Seniors for her consistently kind and thoughtful support of George.  The family held a private celebration of life at Tompkins Funeral Home on November 2, 2019.  If desired, donations to reflect George’s lifelong love of the outdoors may be made to the Ontario Federation of Anglers and Hunters or to Ducks Unlimited Canada.

I am sorry to report that our RMC classmate 3426 George Richardson passed away on October 22, 2019.  He had endured declining health for some time, and spent the last couple of years at a Care Centre in Gananoque, about 30 km east of Kingston.  A private family celebration of George’s life was held on November 2.  Condolences can be sent online to the family at www.tompkinsfuneralhome.ca.