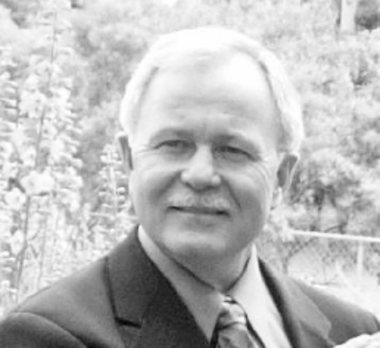 8910 Robert Ward Fletcher – Class of 1971
Major (Ret’d), PEng
Robert passed away December 31, 2019 at age 70, following a lengthy battle with cancer. He is survived by his wife Joan, sons Chad (Sirikorn) and Joshua (Karen), grandchildren Caleb, Ada, and Nathan. Family and friends are invited to visit at Beechwood, Funeral, Cemetery & Cremation Services, 280 Beechwood Avenue on Monday, January 6 from 2:00 p.m. to 4:00 p.m. and from 7:00 p.m. to 9:00 p.m. A Funeral Service will be held at Redeemer Alliance Church, 4825 Innes Road, Orleans, on Tuesday, January 7 at 11:00 a.m. Burial with Military Honours took place in the National Military Cemetery of Beechwood, on Saturday, January 18, 2020 at 11:00 a.m. In lieu of flowers, donations to the Canadian Cancer Society or to Carefor Ottawa would be appreciated.

Editor’s Note: When we lose someone it can take time to know how we want to say goodbye. For that reason, eVeritas, welcomes commemorations from those of us who still have something to say regarding someone we lost. For the original obituary for 4526 Walter Humphrey Sheridan, published in October 2018, please see here. 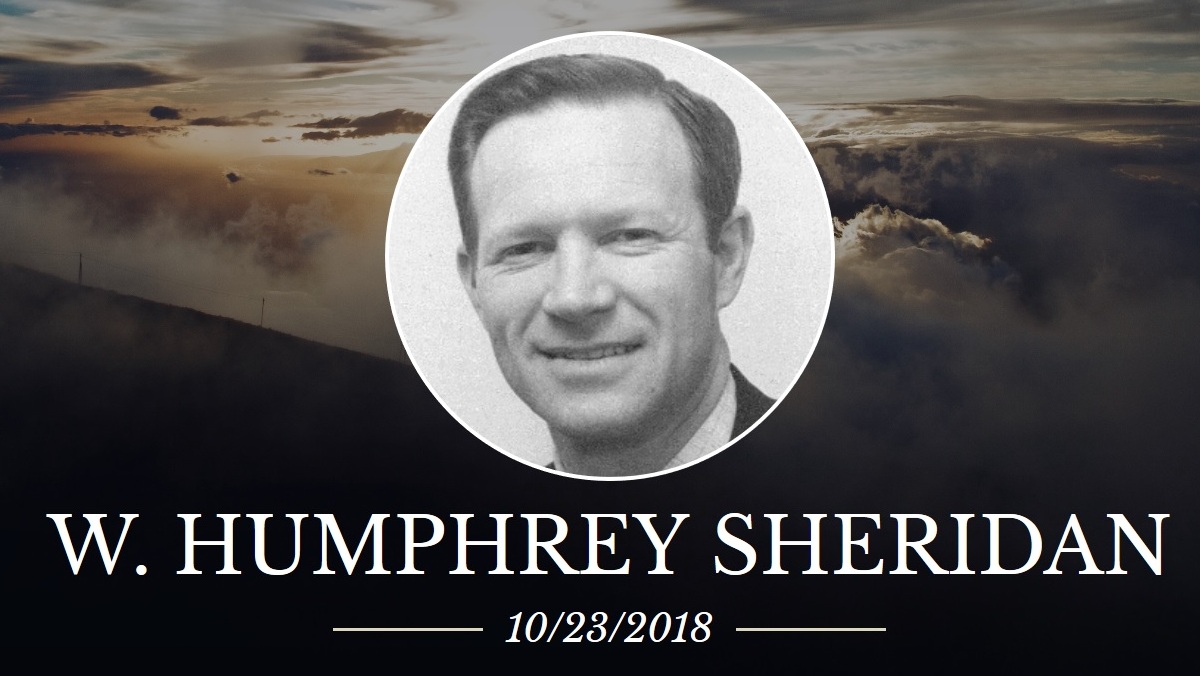 Walter Humphrey Sheridan was born near Timmins, Ontario on June 10, 1937 and died in Ottawa, Ontario on October 23, 2018, in his 82nd year. He completed his secondary education at Timmins High and Vocational School where he was active in Army Cadets, where he reached the rank of Cadet Lieutenant Colonel, music and sports. He attended 3 cadet camps in Ipperwash and Banff and worked for 2 summers with Ontario Hydro in Northwestern Ontario.

Humphrey entered the Royal Military College in Kingston in September 1955 as an ROTP cadet and part of the Class of 1959. He remained part of 2 Squadron (LaSalle) in Fort Haldimand for his entire 4 years, rising to the, well deserved, rank of 2 Squadron Cadet Squadron Leader. During his time at RMC Humphrey won his weight class in recruit boxing, coordinated and participated in most inter-squadron sports and played for Hockey II. He thoroughly enjoyed his RMC experience. Each summer he travelled up the road for his basic military training at the Royal Canadian School of Signals at Barriefield, Ontario.

Academically, Humphrey chose Electrical Engineering as his major course of study. After graduating from RMC, he went on to Queen’s University to obtain his BSc degree in Electrical Engineering. This solid educational background set him up well for a career in the Royal Canadian Corps of Signals. Humphrey remained in the military for 34 years, retiring with the rank of full Colonel.

During his career in the military, Humphrey attended the Canadian Army Staff College and the Military College of Science in Shrivenham, England as both a student and later as a Canadian Staff Member. He had an assignment with the British Army Command of 2 Canadian Mechanized Brigade Group HQ & Signal Squadron. He was posted to Germany once with the 13th Signals Unit in Northern Germany. His final assignment prior to retirement was as Project Manager for the Army’s TCC & CS project.

After his first retirement, he did project management work for 10 years for Digital Equipment Corp. (Ottawa), Microtel/Canac (Luxembourg) and Valcom (Ottawa).

Finally retirement stuck, so Humphrey and his dear wife Kathleen stayed in Ottawa and by 1998 they had eased into a life of travel, golf, gardening, cooking and reading. Their gardening reignited their enjoyment of herbs, tomatoes and hot peppers; while their golf reunited them with their beloved Hylands Golf Club.

As an old friend mentioned, Humphrey will be fondly remembered as :

“a true officer and a gentleman ” 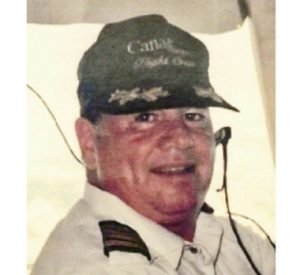 3585 Alan Sherwin, Class of 1956
Born in Saskatoon, Saskatchewan to Don and Ruby (Strain). A graduate of the Class of ’56 from Royal Military College, Kingston, Ontario, served in the RCAF for 15 years, in Zwiebruchen, Germany flying Sabres and with the German Luftwatta in Oldenberg, Germany as a Sabre instructor. From there he was resident staff officer for four universities in the Maritimes. He then spent one year on the DEW (Distance Early Warning) Line in Cambridge Bay NWT followed by a posting to Comox, BC, flying Voodoos. Alan joined Canadian Pacific Airlines in 1967 and retired as a Captain on the Boeing 767 in 1994. He spent 12 years after retirement in the training department of Air Canada. He is survived by his wife of 62 years, Louanne, his 3 children Vicky, Merrilea and Bradley (Glennis), 8 grandchildren and 4 great-grandchildren and his brother-in-law Charles Traunweiser. Our sincerest and most heartfelt thanks to the Staff of Brock Fahrni for their kind and generous care. Thank you for making the last 20 months so meaningful. A private family service will be held at a later date.Condolences may be offered at
www.glenhavenmemorialchapel.com 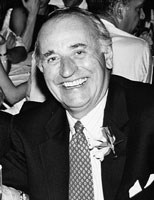 June 7, 1936 – January 22, 2020 It is with great sadness that we announce the death of Nigel Harvey Hugh Frawley, on January 22, 2020. Nigel is survived by his wife Lynn, his sons Douglas and Jamie (Johanna) and his two grandchildren, Thea and Harrison. He was predeceased by his sisters Francis Ezrin and Barbara Dubuc. Nigel will be fondly remembered by his half-brother Harvey Harrison (Sally) in Wimbledon, England, by his first wife Heather Grant, and by his extended family Barb, Thea, Alexa, Stephen and Chris, his many nieces and nephews and a wide network of friends and colleagues. Born in London, England in 1936, Nigel was brought to Canada as a young child by his mother, Elizabeth, to escape the London bombings. Nigel grew up in Hudson, Quebec and attended Ridley College. He went on to attend the Royal Military College where he decided to pursue a career in the Canadian Navy. In 1954 he was appointed Midshipman RCN. One of his first deployments was aboard the aircraft carrier HMCS Magnificent in 1957 when it was sent to the Mediterranean as part of the UN Emergency Force during the Suez Crisis. At age 21, it was there that he experienced his first active participation in ground combat. Nigel studied at the Royal Naval College in Greenwich, England and trained as a Canadian naval officer with the Royal Navy in submarine warfare. In 1968, he was appointed Lieutenant-Commander, RCN and oversaw the commissioning of Canada’s newest submarine, the HMCS Okanagan, at Chatham, England. After conducting trials out of Faslane, Scotland, in the summer of 1968 with Nigel in command, the HMCS Okanagan crossed the Atlantic and arrived to a great welcoming reception at the Royal Naval Dockyard in Halifax. After 15 years of service, Nigel retired from the navy to pursue a career in law. At age 33, he was accepted at the University of Toronto Law School and graduated in 1972. He joined the law firm of McMillan, Binch specializing in Admiralty Law. He later became a partner at Paterson, MacDougall and subsequently Meighen Demers in Toronto and altogether spent the next three decades practising marine and aviation law and travelling extensively throughout the world lecturing and giving papers. In 1993, he was appointed Chair of the Canadian Maritime Law Section of the Canadian Bar Association and President of the Canadian Maritime Law Association in 1996. He also served on the executive of the Comite Maritime International. Nigel loved spending time with family and friends, discussing politics, history and sharing stories and jokes over dinner and drinks. In earlier days, he was an avid skier and golfer and enjoyed summer weekends at the cottage in Georgian Bay with family and his beloved springer spaniel, Marty. The family wishes to extend a special thanks to Nigel’s devoted caregiver, Josie Trabucon, for her loving care and friendship over the last three years. The family is also grateful to the staff at Bridgepoint Hospital for their compassionate care and support. A service in celebration of Nigel’s life will be held at The Mount Pleasant Funeral Centre on Friday, February 7, 2020 at 11:30 a.m. with reception to follow. Condolences and remembrances may be sent to www.etouch.ca.

Passed away at the Brock Fahrni Care Residence in Vancouver on 24 January 2020. No further details were available at press time.