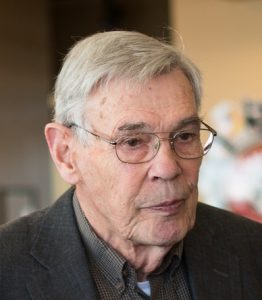 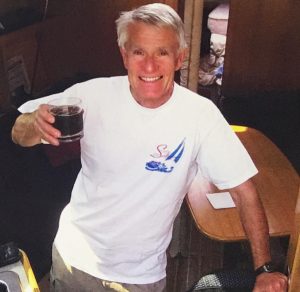 A wonderful husband, dad and papa, friend, and classmate, 8391 Larry Frederick Cade (Class of 1970), lost his courageous battle with cancer, passing peacefully at home surrounded by his loving family. During his last weeks, he was showered with anoutpouring of love and support from a lifetime of close friends and family who remember him as a kind and generous friend, always willing to make time for the many people in his life.

Larry was born in Winnipeg, Manitoba 71 years ago. He spent his childhood there until the fall of 1966 when he embarked on a great adventure and headed off to the Royal Military College in Kingston, Ontario to study civil engineering. The military not only offered Larry an education but it provided him a career, a life of travel, and a wonderful community of friends. And, it was during his student years in Kingston that he met Jackie – the love of his life. They were married on May 23, 1970 – one week after his graduation from RMC.

Larry served for a short time as a naval officer before reclassifying to the Military Engineering Branch where he spent the majority of his military career. He was posted to nine cities across Canada ultimately ending up at CFB Esquimalt in 1990.

In 1993, Larry and Jackie set permanent roots in Victoria and Larry traded in his military uniform for a jacket and tie. Joining the Ministry of Attorney General, he continued his engineering career, working to support courthouse facilities across the province.

Larry has always been an amazing role model for his family. His children and grandchildren were the pride and joy of his life. He loved to spend time with them, enjoying soccer in the backyard, games of Uno, bike rides, puzzles, and hiking up Mount Doug. He and Jackie always made an effort to plan family holidays with their grandchildren in mind. Larry would be the first to suggest boogie boarding while in Mexico or an early morning kayak on Cowichan Lake. The legacy of Larry’s kind spirit, love of family, and zest for life will live on through them.

Shortly after retiring in the spring of 2015, Larry was diagnosed with Multiple Myeloma. It didn’t slow him down. He continued his regular routine of exercise and cycling everywhere, even to attend medical tests and treatments as he fought back the cancer that had dared to interrupt his life. Larry and Jackie set their sites on living life to the fullest and, over the past four years, they travelled the world with friends and family.

If you wish, donations can be made in Larry’s memory to Myeloma Canada.