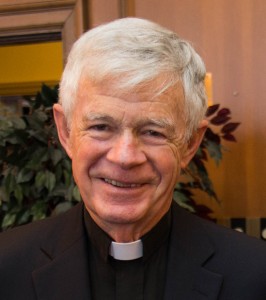 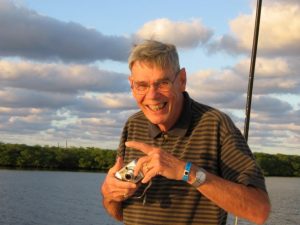 It is with deep sadness that we announce the sudden passing of Dr. Rodney Harris-Lowe on February 10, 2020, in his 85th year. Beloved husband of Priscilla (Percy) Harris-Lowe (nee Poyner), son of Aileen and brother to Elizabeth (Sandy). Loving father to Paul (Maureen), Kevin (Joy), Keith (Simone) and David (Jan). Loving grandfather to 11 wonderful grandchildren and 1 great-grandson.

Rod was born and raised in Toronto and attended secondary school at Danforth Technical Institute. He graduated from the Royal Military College of Canada in 1958 during which time he and Percy met. He obtained his degree in Engineering Physics at Queen’s University in 1959. In 1965 he returned to the Physics Department at RMC after completing tours in the Royal Canadian Navy and earning a Ph. D. at Ohio State University. After his retirement from RMC he continued work as a Professor Emeritus and also assisted with the Canadian Military Colleges Faculty Association.

Rod took great pride in his family and loved guiding and seeing his children and grandchildren grow and succeed. He and Percy loved having family and friends to their house on a lake after retirement and later to their apartment in Kingston. He was a devoted husband, father, grandfather, and friend with a curiosity for life and wonderful sense of humour. He will be greatly missed.

Visitation was on Friday, February 14 at Robert J. Reid and Sons Funeral Home, 309 Johnson Street, from 6:00 p.m. to 8:00 p.m.. The funeral service was held on Saturday, February 15 at 11:00 a.m., also at Robert Reid Funeral Home. A reception at RMC’s Senior Staff Mess followed the service. Donations to Cystic Fibrosis Canada may be made in lieu of flowers for those who wish to do so.

Throughout my decades at RMC, Rod Harris-Lowe was an ideal academic colleague and friend. In the many diverse roles in which I saw him, he always reflected great integrity and unwavering concern for justice. He showed great respect for others, even those with whom he differed, an important and much valued academic and human trait. Despite being a philosophical conservative and a retired member of the military, he joined the Faculty Association and later its successor the Faculty Union. He became an essential and much valued member of the union executive and after his retirement from RMC he became a key union administrator. While he was a Red Tory and I was a bit of Tory Red, he and I enjoyed each other’s company where we would discuss, debate and even joke about our philosophical differences. But above all, we shared a joint commitment to a better and more just world. Dear old comrade, we mourn your loss, but continue the good fight and know that your memory continues to inspire.

It is always difficult saying goodbye to someone we love and cherish. Family and friends must say goodbye to their beloved Rob Martin (Guelph, Ontario), who passed away at the age of 80, on February 13, 2020. Family and friends can light a candle as a loving gesture for their loved one. Leave a sympathy message to the family in the guestbook on this memorial page of Rob Martin to show support.

He was loved and cherished by many people including : his sons, Ivan (Elena) and Dawson (Krysia); the mother of his children Barbara; his granddaughter Asha; his sister Nancy Tranter (Trevor); his nieces and nephews, Tom and Jane; and his parents, Major Ivan Harold Martin and Annette Joyce Martin.

As expressions of sympathy, donations to the Heart and Stroke Foundation of Ontario would be appreciated by the family.