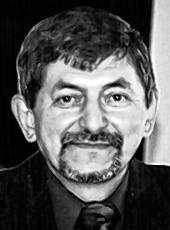 November 2, 1952 – April 5, 2020. Jim passed away after a short battle with cancer. Born in Maccan, he was a son of George and Bonnie (St. Peter). A gifted athlete, Jim was a proud member of the provincial basketball champions Amherst Regional High School Vikings. A graduate of the Royal Military College, Kingston, Ont., he spent 10 years in uniform followed by a long and distinguished career with the Department of National Defense. Jim leaves behind his wife, Holly, Halifax; brother, Dean, and sister, Nancy, Amherst. Jim was loyal, kind, and funny. He will be terribly missed. A memorial will be held at a later date. To leave an online condolence please visit: www.cruikshankhalifaxfuneralhome.com “He was my North, my South, my East and West, My working week and my Sunday rest.” – W H Aud 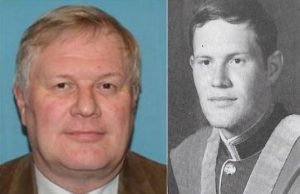 10683 Kim Grant (RRMC/RMC – Class of 1975 Electrical Engineering – CELE) passed away suddenly on 30 March 2020.  While preparing to take his dogs for a walk near his Calgary home he collapsed, was rushed to hospital but died shortly after admission.  He had recently been in the hospital for treatment of a blood clot.  Kim’s passing was unrelated to COVID-19.

Following graduation, Kim served as a signals officer rising to the rank of Major.  In 1992, he left the Canadian Forces to start a new career as Director International Program at General Dynamics Canada.  In 2009, he moved to Raytheon Canada Limited, where he held a number of positions, most recently as Technology and Capture Strategy Director.  Kim was a brilliant man with a large heart who mentored countless individuals throughout his career and never hesitated to offer his assistance, his opinion or to spend time just chatting, no matter the topic. 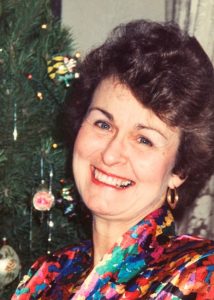 Lea lived large, eager for new experiences. A life-long learner, she graduated Queen’s University 1959 while already the mother of 2, and later as a mother of 4, pursued graduate studies at OISE/U of T. A born educator, her career as a high school English teacher and then Department Head of Guidance later extended into volunteer roles of ESL tutor both locally and internationally. At a community level, she provided foster care for an adolescent youth and rallied a rural neighborhood to sponsor a Vietnamese refugee family during the peak of the Boat people crisis.

Lea was a classically trained and improvisational pianist with perfect pitch. Parties and sing-a-longs were her forte. Gardening, stained glass design, water colour/pastel sketching, community theatre, and especially writing were her creative outlets. Her published book “African Destiny” is among her many accomplishments.

Eleanor was curious about everything, including religion. Her Baháʹí beliefs prompted global travel and social action, and contributed to raising a family that is united in its love for her and who honour her memory.

Due to Covid19 restrictions, a private family ZOOM Memorial was held at Marlatt Funeral Home 195 King St. West Dundas, Wednesday April 1, 11:00 a.m., followed by burial at McKee Cemetery in Centre Wellington. A public Celebration of Life will be held at a future date, to be announced. The family wishes to thank the entire staff of Wentworth Lodge, as well as Sandy, Marilyn and Mieke for years of exemplary, personal and compassionate care of our beloved matriarch, Eleanor Frances Harding.

Following is information about the death of 3961 George McClure, Class of 1957, received 2020.04.16 from 3729 Jean-Pierre Fortier by way of 3798 Bill Lynn:
George McClure passed away this past Monday, 13 April 2020. George had a heart attack last week and was taken to KGH with kidney failure. He passed away on Monday at 2:15 in the afternoon at the KGH in the presence of 2 of his daughters and his wife, Jean Love.
He had moved into our condo a little over a year ago. It was great to renew acquaintance. I am very sorry to see him go, we had a lot of good discussions this past year. George left instruction to Jean that there should be NO funeral, No obits in the papers.
I know he had quite a career with McCain food but no details. I also think that he had a doctorate. That is about it.

The Panet Family At R.M.C. – A Memoir