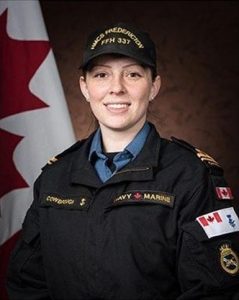 Age 23, of Dartmouth, died suddenly on April 29, 2020 in the Ionian Sea. A bright light continues to shine through the darkest parts of our own hearts. Abbigail had a crazy grin that could brighten any room. She was willful, smart, determined and kind. She leapt and danced her way into so many hearts. She sung, all be it horribly, with gusto and bravado. She tried new things all the time, especially food. She loved food. She didn’t do anything small; she was all about hard work and determination. You never expect things to go wrong but when they do, they go horribly wrong. Abbigail is survived by such a long line of biological family and she has been adopted by so many around the world on her travels as a granddaughter, sister, mother, aunt. We all have loss. We are now eternally connected. All of us. I could go on with the clichés about being a good soldier, but she would feel never enough for those with whom she had the honour to serve. Glory other than to God is not what she would have in mind and I feel it may not be enough anyway. I brought her into this world; good, bad and the ugly. She lived hard. She read books, lots and lots of books, from Manga to Philosophy, and fun ones (she read everyone the Wonky Donkey with a Scottish accent). She flew kites and actual airplanes, skydived and traveled. She fed ducks and picked pussy willows in the spring. She could puddle jump like no one’s business, even at 23. Abbigail believed in fairies. She was the girl who would trip a toddler if it meant she could see a Disney princess first. But she would sit, hold a baby in her arms and have freckle fights with random strangers. She snuck into every crevice of the darkest parts of people. She also snuck onto places top brass couldn’t go just because she had the ability to manipulate anything into her command. I don’t doubt she would have done great things, but she is expecting us all to stand up and get things done. Abbigail loved her civilian family as well as her Military one, her NATO, Pipes and Drums and Church families. These were her biggest teachers and supporters; they nurtured her and reared her. It is only right that she was blessed to die in their service. I swear I can hear the pipes and drums over the breeze with her belly laugh. She is looking over her shoulder with that signature coy Abbigail kiss. I catch it, like that moment between heart beats; that quiet fluttering. It has been said we only have but one death to spend, and who would not want to pass with brothers in arms. She did not die for her God, family, country or Navy; she lived for these things. Cremation has taken place. Burial at sea ceremony will be held on the Battle of the Atlantic, Sunday, 2021, from the HMCS Fredericton. In lieu of flowers, memorial donations may be made to UN-NATO Veterans Nova Scotia Chapter. Online condolences may be made by visiting: www.atlanticfuneralhomes.com Dartmouth Chapelil. 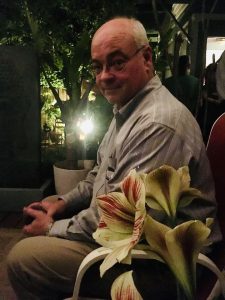 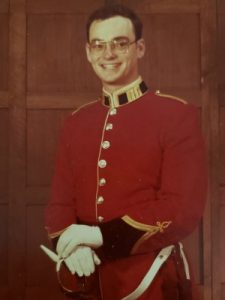 Sometime late in 1973 in a swimming pool at CMR de St. Jean, a water polo game between CMR and RMC was underway.  CMR seldom won these matches but the arrival in Prep Year of a promising new goalie, Prep Bruce Rogers, gave the team hope for a rare victory.  In previous games, Bruce proved more than capable, saving many a hard, stinging shot.  He was in fact very good at it and as one team mate and classmate put it:  “He saved our ass from complete humiliation on more than one occasion.”  However during that game he ended up taking a particularly fast, vicious shot to the head.  His team mates thought his nose was broken for sure.  But, surprising many by staying in the water, and with a grin and a whatever-it-takes-to-get-the-job-done attitude, he continued unfazed and undeterred (CMR won by the way).  This boundless sense of humour and determination would see Bruce through CMR/RMC to a life of family and altruism in Texas.  And very early in the morning of 29 March 2020, his strength and courage would eventually bring a peaceful end to a long battle with a fatal illness.

A Kingston boy – son of RMC prof the late Dr. Douglas Rogers – Bruce travelled instead to CMR, joining the College in August 1973.  As one of the few RETP cadets he was a bit of an anomaly but his gregarious nature very quickly made him a key figure among the new entries.  His height and swimming ability made him a natural water polo player.  His logical eloquence made him a natural member of the Debating Team.  And his humour and good will made him a valued life-long friend.

In summer of 1976 Bruce followed several of his fellow CMR classmates to RMC.  He decided to take Chemical Engineering and over the next two-years he survived the “super-lab” all-nighters and excelled at the academics.  Militarily he did very well during summer naval training and in Fourth Year he was a winter slate Cadet Squadron Leader.  With his parents living in Kingston, he would also invite classmates over to his home for “occasions”, or for outings on the family sailboat.

He met the love of his life, Julie, at the Goethe Institute located in Prien am Chiemsee where he was brushing up his German to attend INSEAD.  They were married in Dallas and subsequently lived in Calgary (where his son Ben was born), San Francisco, Wavre, Belgium and ultimately back in Texas.

Bruce kept in touch with many of his classmates and was known to drag a few of them on strange adventures or the odd Grey Cup game; or visit them in distant locations to share a glass or two, or a spicy Chinese dinner.

In later life Bruce’s passion focused on a charity he and Julie started:  Doberman Rescue of North Texas Inc.  Avid dog lovers, they started this rescue organization over 26 years ago, and saved and found homes for many a Doberman.

A devoted husband and father, a true gentleman and friend, he was someone with whom it was an honour and privilege to call shipmate. 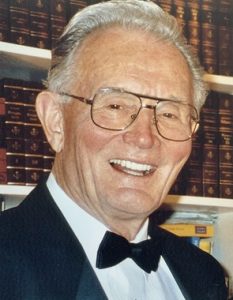 2950 John MacLachlan, Class of 1952
1928 – 2020
Athlete, Soldier, Diplomat, Artist
“Big John” was captain of football and varsity sports at both Walkerville Collegiate in Windsor and later at the Royal Military College in Kingston. Upon graduation from RMC as an officer in the Canadian Army he married Kingston born Mary Hawley, who blessed him with three wonderful children.
Following one-year service in Korea he attended Queen’s University and graduated in 1955. His military career postings included Gagetown, Whitehorse, Canadian Army Staff College in Kingston, Ordinance Corps School in Montreal, and Defence Headquarters in Ottawa. He resigned as Major in 1966 to join the Canadian Foreign Service. Diplomatic assignments abroad included Consul to the Philippines, Attaché in Trinidad, Consul in New York, Consul in Hong Kong, Consul General in Birmingham England, High Commissioner to Guyana with dual accreditation as Ambassador to Suriname, and finally two years as Minister-Counsellor in London England.
John and Mary retired to Victoria where they established a network of tremendous friends with whom they enjoyed years of entertaining and wonderful times. John loved nature and the big outdoors, capturing many beautiful scenes through water colour paintings and photography of birds and flowers. John was predeceased by his forever beloved wife Mary in 2001 and their 33-year-old beautiful daughter Karen in 1992.
Former President of the Victoria Lawn Bowling Club, John played for many years with Betty Walker who later became his loving, long-time companion. He is survived by his two sons Ross (Darcy) and Robert (Heather) along with five wonderful grandchildren; Sean, Shane, Ally, Laura, and Julia.