The Class of RR’52/RMC’54 is saddened to report the passing of their dear friend PATRICIA “PAT” PERRY on June 5, 2020, in Cambridge Ontario, widow of their late classmate 3305 Kenneth James PERRY. Particulars to follow. 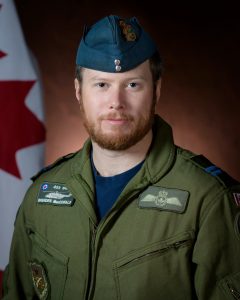 “To most people the sky is the limit, to those that love aviation, the sky is home.”

Born with the love of flying, he decided in Grade 4 that he was going to be a pilot. As a member of the 397 Trenton Royal Canadian Air Cadets, he worked tirelessly to obtain his glider pilot’s license at the Regional Gliding School in Debert before he was old enough to drive a car, and his private pilot license in Shearwater the following year. After graduating from New Glasgow Regional High School, his passion for aviation led him to the Royal Military College of Canada, where he graduated with a Chemistry degree in 2007, around the same time that he met Amanda. After graduation, Brenden and Amanda started their life together in Moose Jaw, Saskatchewan, where Brenden underwent Royal Canadian Air Force pilot training. After earning his coveted pilot wings, he and Amanda returned home and settled in Eastern Passage, Nova Scotia, where Brenden joined the 12 Wing Shearwater Maritime Helicopter community and started flying the CH-124 Sea King helicopter, which later transitioned to the CH-148 Cyclone helicopter.

When he was not flying aircraft, Brenden was a motorcycle enthusiast who attended several Wharf Rat Rallies in Digby, volunteered as Road Captain for the Halifax Ride for Dad, and served as past President and Vice President for the Battle of the Atlantic Unit of CAV Motorcycle Association. A fan of tattoos, craft beer, and heavy metal concerts, Brenden was also a backyard mechanic who loved rebuilding old cars while listening to rock music. He worked endless hours with his father building his first vehicle, a 1977 Ford Bronco. Brenden had a passion for life. He was an incredible husband, friend, brother, son, and he was the best father anyone could ask for. His love of family far exceeded any other aspect of his life. He had a charisma that drew people to him, yet he was quite humble and would lend a hand wherever he could. He was predeceased by his paternal grandparents, Irene and Harold MacDonald, and his maternal grandfather, Alford Ian Fraser of New Glasgow; and by Amanda and Brenden’s first fur babies, Diesel and Oakley. Celebration of Life will be determined at a later date.

“Brenden is a true hero and because of his sacrifices he will be honoured eternally for it.” 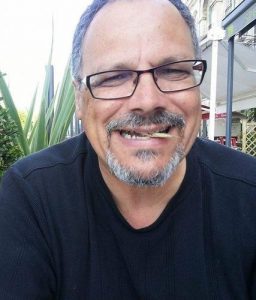 It is with heavy hearts that we announce the passing of Ronald Houde. He lifted off for his final voyage on April 26, 2020. He leaves behind his biggest fans, his children Rachelle (Jean-Michel) and Véronique, his 4 little explorers, Adeléa, Zoé, Matéo and Emma, their grandmother, Rosemarie, who had remained his good friend and looked after him until the very end. He will also be missed by his brothers, Marcel, Dean and Pierre, his niece and nephews, Pier-Alexandre, Audrey, Julien and Olivier, and the many family, friends and youth he has impacted throughout his life. The family looks forward to celebrating his life after confinement has been lifted. Until then, we invite those who have been inspired by him to continue inspiring the next generation by making donations to Kids Code Jeunesse in his memory. 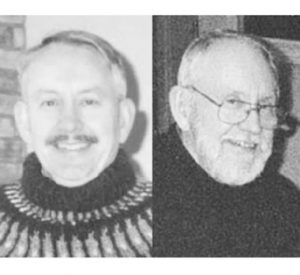 George Alexander Kinloch died peacefully at home in Ottawa on May 17, 2020. A man of many accomplishments, George was a scholar of physical chemistry and the history of science, a chemical engineer, an officer in the regular force and the Canadian reserves, a fine violinist, and a committed and effective teacher. He was the beloved husband of Frances Abele-Kinloch. He leaves his children Katherine Wight (Dan) and David, his grandchildren Carolyn and Ian Wight and Nicole Kinloch, his brother Albert Kinloch (Betty), nieces Heather Lafreniere (Michel) and Natasha Kinloch and in-laws Dorothy and George Bulka. George Kinloch loved learning, discussion, mountaineering, hiking and all things in the natural world, especially celebrating the springtime arrival of birds and the first shoots of garden flowers. He will be deeply missed by all who knew him. Commemorative donations may be made to his priority charities – Medecins sans Frontieres and the Ottawa Food Bank.Condolences/Tributes/Donations
Hulse, Playfair & McGarry
www.hpmcgarry.ca 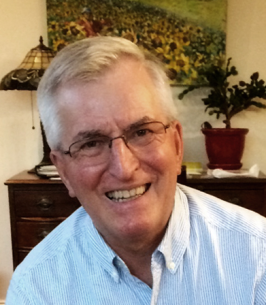 Age 69 of Glen Haven, died peacefully at home surrounded by family after a long battle with cancer. He will be forever missed by his wife of 44 years, Jane; his children, Mandy (Tyler), Laura (Marc), and Danny (Michelle);and his grandchildren, Daniel, Simon and Chloë. He was a professional engineer, and an amateur lumberjack, carpenter and landscaper. He was a devoted husband who shared many trips, golf games and slices of cheesecake with Jane. He was a patient father who coached sports teams, organized family camping and ski trips and always made Saturday morning pancakes. He was a proud “Papa” who offered endless tractor rides, trail walks and treats to his grandkids. Tony will be remembered for his boundless positive energy and penchant for hard work as well as an unending love of adventure, people and learning. Born in Kolboskowo, Poland, one of his earliest memories of school involved memorizing a poem while he sat under a cherry tree tending to his family’s cow. After immigrating to Canada as a young child, his education continued in a one-room schoolhouse in rural Manitoba. In high school, he could not believe his good fortune when a recruiter told him that the military would not only offer him a university education but pay him to attend. He was soon on his first plane ride to Victoria, B.C., to attend Royal Roads Military College. Four years later, he left Royal Military College with a civil engineering degree, a commission scroll and Jane as his fiancée. Together they built a marriage and family as he pursued his 36-year career as a military engineer. He had many postings throughout Canada and abroad including a return to RMC to complete a masters degree. While he enjoyed all of his postings and the people he met along the way, his career highlights included UN peacekeeping missions in Cyprus and the Golan Heights, the construction of an ice runway near the North Pole, leading the Canadian Forces relief operations for the 1997 Manitoba flood and his Canadian Defence Attaché postings to Poland and the Baltic states followed by Italy, Greece and Albania. Retirement was an opportunity for new adventures because slowing down was not an option for this busy man. After returning to Canada, Tony served in several management positions for Commissionaires Nova Scotia, was an honorary colonel of 14 Engineering Squadron, and volunteered weekly in the St. John’s Ambulance therapy dog program with his golden retriever, Abby. His last career choice satisfied his love for wine and people through work in a wine shop where he was one of the store’s best customers. When at home, a chainsaw or hammer was never far from hand. His family are forever grateful for the medical care, kindness and support of the many healthcare professionals who treated Tony. Special thanks to Dr. Holly Zwicker and Dr. Lucy Helyer whose expertise and care kept Tony with us for 11 years. He is survived by his parents, Michael and Stanislawa; his siblings, Roman (Pat), Andy (Sheryl), John (Christine), Donna (Earl); and a large extended family of sisters and brothers-in-law, nieces, nephews and cousins. In Tony’s words, the best advice for a happy life comes from observing our four-legged best friends. Love unconditionally, make many friends, eat well, take time to romp and play every day, never underestimate the value of a good nap, and most importantly, trust each other. Tony lived by this advice every day of his life. Cremation has taken place and a celebration of his life will take place in the future when we can gather again. Online condolences can be offered at: www.rawalker.ca