It is with a great sense of loss that we announce the death of Charles Gunning at the age of 84, an Officer and a Gentleman. Challenged by Vascular Dementia, Lewy Body and Primary Progressive Aphasia for more than 10 years, he was peacefully released from this cruel disease on June 1, 2020.

He was predeceased by his mother, father, and two sisters, Marion and Elaine (Arnold Jones). He leaves, with many loving memories, his wife and partner, Linda, of 36 years, his daughter Caroline (Michael Roberts) and stepchildren, Fiona (Mark Schrader), William (Darla), Kate (Jim Crawford), David Martin (Veronica), a sister, Sautie, and seven brothers, John, Joseph, David (Claudette), Henry (Rokhaya), Bernard (Libby), Peter (Pauline), Simon, and his mother-in-law Mary. He will be sadly missed by seven beautiful granddaughters, Melanie and Kate Gunning, Amanda Schrader, Ella and Sylvia Roberts, and Lily and Ava Martin. Charles also cherished his many nieces and nephews and took delight in hearing about their many escapades.

Sir Charles was born in London, England, eventually inheriting the title of 9th Baronet of Eltham. He immigrated to Peace River, Alberta with his family in 1948 and entered Royal Roads Military College as a cadet in 1952, greatly influenced by his maternal grandfather, Admiral Hallett. He went on from there to serve for 28 years as an engineering officer in various Royal Canadian Navy submarines and in particular on the HMCS Ojibwa. Lieutenant Commander Gunning continued to provide submarine engineering expertise to the Canadian Navy as a consultant for another 30 years. His deep commitment to the principles of Commonwealth, and his desire to promote collaboration, cooperation and consensus, motivated the sharing of these beliefs through the leadership and mentoring of over 3,000 high school students who engaged in the yearly National Student Commonwealth Forum. His 30 years of organizing the Commonwealth Day Interfaith Service was yet another example of building bridges across various faith communities, emphasizing our common search for the good and appreciating the joys of diversity.

Sports were always a part of Charles’ life – skiing, cycling, squash, tennis and soccer, but above all rugby – until knee damage and concussion suggested settling for the less painful pursuits of coaching and refereeing. He loved teaching squash and volunteering with the blind, but many friends will remember him most for his addiction to, and provision of, good smoked salmon prepared in the Danish tradition.

Memorial donations can be made to the Aphasia Centre of Ottawa, 2081 Merivale Road, Suite 300, Ottawa, Ontario K2G 1G9, helping families and clients understand and cope with the challenges of language and communication loss often associated with various forms of Dementia.

Our sincere thanks to the Transition Ward staff at the General Campus of the Ottawa Hospital (4 West) especially Nurses Lindsay and Wubetu and Dr. Paul Beamish and Dr. Sofia Ribchinsky for their honesty, kindness and gentle caring.

A Celebration of Charles’ Life will be held at a later date. BEECHWOOD Cemetery: [email protected] 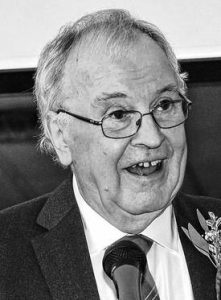 Age 69, Truro, passed away Monday, June 22, 2020, in Colchester East Hants Health Centre, Truro, following a brief but determined struggle against cancer. Born in Halifax, he was a son of the late Aubrey and Sadie (MacArthur) Chisholm. Tom grew up in Digby and then in Kingston. He attended Royal Military College in St. Jean, Que.; Acadia University, and St. Francis Xavier University, graduating in 1975. Tom spent his career in surgical and medical equipment sales, and was Maritime Manager for Stryker Canada at the time of his retirement. He spent much of his career travelling the Maritime Provinces but was always grateful to return home to Truro. Following his retirement, Tom served as Councillor (Ward II) for the town of Truro, from 2012 until the time of his passing, and most recently also served as Deputy Mayor. He worked tirelessly to make our town an even better place to live. Tom was particularly proud to support the new library and Civic Square. Tom never did anything halfway. His cooking was legendary, most notably his brown sugar fudge which he shared far and wide. He loved his food spicy, his beer cold, his stereo loud, and his gardens meticulous. He always welcomed friends and family to his historic home to share a gourmet meal and a friendly debate. His big personality and even bigger heart will be sorely missed by many. In addition to his wife of 47 years, Carmel, he is survived by his daughters, Colene (Stephen Frew) and Kerry (Rod MacKinnon), both currently of Truro; beloved granddaughter, Sadie Frew; grandpup, Cubby. He is also survived by his siblings, Debby Bezanson (Steve), White’s Corner; Katherine Sandford (Greg), Halls Harbour; Rod Chisholm, Chester Basin. Along with his parents, he was predeceased by his sister, Pat (Stewart) Keddy (Halifax). He is treasured by his in-laws, Melvin Chisholm, Halifax; Deborah (the late Don) Beban, Victoria, B.C.; Faye Chisholm, Vancouver, B.C.; Amy Chisholm (Sandy Melitides), Halifax. He is also survived by ten nieces and nephews. Tom and his family are grateful for the support of his many friends and colleagues, and for the excellent medical attention he received. The family is also grateful to MacQuarries Pharmasave and MacQuarries Home Health Care Centre for their kindness and compassion. Due to Covid-19 restrictions, a celebration of Tom’s life will be held at a later date. In lieu of flowers, a donation may be made to a charity of choice. Arrangements have been entrusted to Mattatall – Varner Funeral Home, 55 Young St., Truro. Private messages of condolence may be sent to the family by viewing Tom’s obituary on-line and selecting “Send A Condolence” at: www.mattatallvarnerfh.com “Right behind you, I see the millions, On you, I see the glory, From you, I get opinions, From you, I get the story.” Tommy – The Who 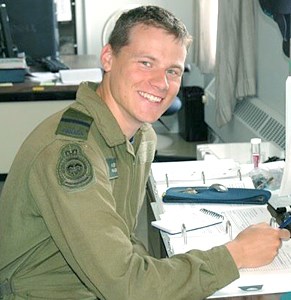 HAGEN, Kevin Matthew Captain (RCAF) It is with great sadness that we announce the passing of our beloved Kevin following a helicopter crash on April 29, 2020 in the Ionian Sea off the coast of Greece while deployed on a NATO mission. Kevin was born on July 7, 1989 in Nanaimo, BC. He will be lovingly remembered and dearly missed by his mother Lynn (Bill), father Steffen (Tessa), brother Kyle, and sister Christie. Also left to mourn are his Opa, numerous aunts, uncles, and cousins, as well as a large group of friends and military colleagues from coast to coast. Kevin could enter a room and brighten it with his smile, his mannerism, or just his presence. Always first to offer support and a helping hand to anyone in need, Kevin will be fondly remembered for his loyal dedication, compassion, and generosity to his family, friends, and military comrades. To simply say that Kevin was determined, and perhaps even stubborn at times, would be an understatement. His passion for flying came at an early age and he had a very strong work ethic. When asked to complete a personal planning worksheet in elementary school, he wrote then that he wanted to be a pilot in the Air Force. This was a goal he would set out to achieve by first joining 848 Royal Roads Air Cadet Squadron at the age of 13. In 2005 he reached his first level of flight training by receiving his Gliders pilot license. He went on to achieve his private pilot’s license in 2007. That same year, Kevin graduated with honours from Lambrick Park Secondary School and enrolled with the Canadian Armed Forces to attend the Royal Military College of Canada in Kingston, Ontario where he would go on to complete his Bachelor Degree in Aeronautical Engineering in 2011. That led to helicopter training, and on December 6, 2013, Kevin was presented with the Gos Goulding Award at his Wings Graduation Ceremony, having finished at the top of his class. Following this, Kevin was posted to RCAF 12-Wing Shearwater in Nova Scotia where he would continue with his flight training as a pilot on the CH-124 Sea King helicopter and subsequently the CH-148 Cyclone helicopter. Having started as an Officer Cadet in 2007, Kevin was promoted on various occasions reaching his standing rank of Captain on May 1, 2014. Kevin was detailed in all that he did. His choice to follow through with a career as a pilot in the RCAF was a natural fit for him. Aside from his passion for flying, Kevin also loved nature and outdoor adventures with family and friends, hiking various mountains in his home Province of British Columbia, traveling, running, cooking, and his home improvement projects. Kevin also had a lot of love to give, not only to his family and friends but also for his dog Ryker. Kevin was a dog lover ever since he was a small child and even inherited personality traits from the family dogs. He was loyal, playful, and compassionate. He was also sensitive, down to earth, friendly, and genuinely interested in the well being of all those fortunate to have known him. No matter where Kevin was in the world, he always made a point of reaching out to his family to check in. He took time to ask questions and understand people on a deep, emotional level. He worked tirelessly in leadership roles and all of his many positive attributes made him easily approachable and a trusted member of a peer support network for his military colleagues, as well as a volunteer for a non profit organization helping women and children in need. The RMC motto, Truth – Duty – Valour, are words that Kevin seemed to have lived by long before joining the Military and also respected throughout his career. At just 30 years old, Kevin accomplished a great deal. Even though his life was taken far too soon, we take comfort knowing that this is what Kevin lived to do, and something he did very well and with great pride. A true officer and a gentleman. He will be forever loved and deeply missed. Per Ardua Ad Astra “Through adversity to the stars” Kevin’s family would like to thank all those who have reached out to offer support and comfort during this difficult time, as well as the military community and representatives for being very compassionate and professional for the services provided. In lieu of flowers, please consider donating to 848 Royal Roads Air Cadet Squadron http://www.848royalroadsaircadets.com/ where a fund to capture these donations has been created in hopes to establish a memorial flying scholarship in Kevin’s name. A Homecoming Procession will take place on Saturday, June 27, 2020 as Kevin is returned to Victoria. Due to current restrictions on gatherings, a private Memorial Service will take place. A Celebration of Kevin’s Life will be held at a later date, once larger gatherings are feasible. For those wishing to pay respects now, condolences may be offered to the family at https://www.mccallgardens.com/