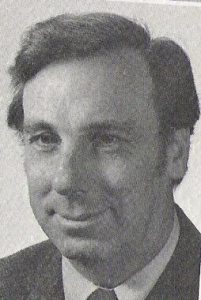 On 9 August, 2020. David Carr Baird, beloved husband of Margaret Sheridan, cherished father of David, Michael, Christopher and Jennifer. Born in Edinburgh 6 May, 1928. Son of David Baird and Jessie Rule. Professor Emeritus, the Royal Military College, Fellow of the Society of Antiquaries of Scotland.

After graduating from the University of Edinburgh (MSc) and the University of St. Andrews (PhD), in 1952 he crossed the Atlantic to continue his research into superconductivity and begin his teaching career at R.M.C. This included terms as Head of the Physics Department, and as Dean of Science from 1980 to 1990 during a period of rapid curriculum change, and the introduction of space science.
His interest in science education at all levels resulted in many publications, one of which, Experimentation, first published in 1962, continued in print until the present.

His love of music led him into participation in the formation of the Kingston Choral Society of which he was the first President, and the birth of the New Kingston Symphony with Graham George as director, which began hiring soloists such as Maureen Forrester and Jon Vickers to perform oratorios in Grant Hall.

For many years he was a member of Sydenham Street United Church, and a supporter of social justice and democratic church leadership. He was a president of the Cataraqui Archaeological Research Foundation and a promoter of its educational projects.

His early interest in ancient civilisations, religion, archaeology, and Scottish history persisted throughout his lifetime. In his later years he spent time at Oxford University in research for the Laboratory for Archaeological Science.

He created a love of learning in his students and his children, a true Scottish heritage. He was beloved by many for his humour and generosity.

A remembrance occasion is planned for a later date. 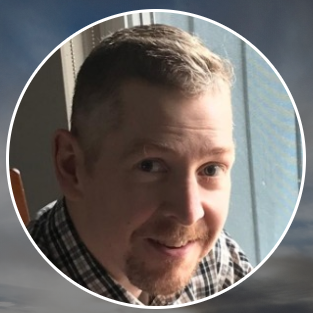 It is with great sadness that we announce the peaceful passing of Gregory Frank Randall on Sunday, July 12, 2020, at the age of 45. Greg was the beloved son of Raymond and Gaile Randall of Kemptville, Nova Scotia and the cherished brother of Heather (Steve Medeiros) and Tracy (Roger Gibbons). Greg will be deeply missed by his nieces and nephews Emma, Elizabeth, Patrick, Phil, George, Peter, and Amy, as well as by his numerous aunts, uncles, and cousins. After growing up with his sisters at various Air Force postings in Alberta, Nova Scotia, and Ontario, he spent most of his adult life in Ottawa. Greg trained in the Canadian Forces and worked as a security expert for the Federal Government.

Greg will be remembered for his sense of humour and his booming laugh. He loved to come for a visit, especially if he was getting a good meal and the chance to beat you in a game of crib. He loved hanging out with his friends playing pool or taking in a concert. He had many interests in his life like his love of technology and the latest gadgets as well as roasting his own coffee beans with Tracy. Greg had lived with an Acquired Brain Injury for the past 9 years and was able to enjoy his life with the support of Pathways to Independence, the staff, and his housemates at Bachman Terrace. Greg’s family will be forever grateful for the hundreds of ways they cared for and supported Greg. We would especially like to thank Mike, Monica, Nancy and Christie who worked closest with Greg, and most likely lost the most crib games to him.

There will be no visitation or funeral service at this time, but Greg will be laid to rest in a family ceremony at a future date in Kemptville, Nova Scotia.

Condolences and Sharing Memories at www.kellyfh.ca 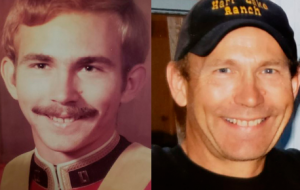 Jaye John Kearley was taken from us way too soon, in an unexpected tragedy on July 23rd, 2020. His loss is felt deeply by his friends, family, and community.

Jaye’s hard-working and adventurous life began on February 6, 1958. His focus, meticulousness, and strong will were clear from a young age, and he skipped ahead in school. Jaye got his lifelong love of learning from his mother, a former Royal Canadian Air Force air traffic controller, and his strong leadership skills from his father, a retired RCAF fire chief. Following in their footsteps, Jaye became the first in his family to earn admission to Royal Roads University as an officer cadet. Just like in school, he advanced quickly and achieved the rank of Major by age 30.

Jaye’s passion for STEM (science, technology, engineering, and mathematics) carried forward into the next chapters of his life, where he worked as an aerospace engineer at Rockwell Collins and Boeing on guidance systems for many types of aircraft before retiring to fulfill his life-long dream of becoming a cowboy. He and his beloved wife, Diana, moved to Hart Lake Ranch in 2007, where Jaye was the happiest he had ever been. His joy was felt by anyone who joined him pushing cattle, working on mechanical projects, sharing a beer, or watching his favourite Western movies. No visit with Jaye was complete without being regaled by his countless (and often gleefully exaggerated) stories.

Jaye was predeceased by his mother and father, Margie Freda (James) Kearley and Jack Kearley, and his younger sister Diana Kearley. He is survived by his cherished wife Diana (Baetz) Kearley, his son David Kearley and future daughter-in-law Pam, his daughter Kristina Kearley, his sister Kim Haynes and brother-in-law Gary Haynes, his brother-in-law Peter Baetz, as well as his niece, nephews, and extended young family members.

Jaye’s family thanks the Big Lake community for the kind outpouring of love and support. A small memorial service will be held in the fall, limited by safety protocols. If you would like to see a video of the service, please contact Jaye’s family. In lieu of flowers, donations can be made in his name to the RCAF Trust to help young air cadets pursue their love of aerospace and flight. https://www.canadahelps.org/en/charities/royal-canadian-air-force-association-trust/

It is with great sadness that we announce the passing of Pierre Dupuis, at Montfort Hospital, age 89. He was the beloved husband of Françoise Dupuis (née) de Montaut, brother to Michel (deceased), uncle to Pascale de Montaut (Cannes, France), godfather to Cassandra Mactavish, and godfather to her son, David. Pierre served in the Canadian Armed Forces (CAF), first as a RCAF pilot, and then as a Public Affairs Officer. In the early 1960’s, he was posted to a Canadian military unit in Paris, where he met his beloved wife, Françoise. Tours of duty in Canada followed, and in 1971, he returned to Europe as the Senior Public Affairs Officer to Canadian Forces Europe, based in Lahr Germany. In 1976, where he was the Senior Information Officer, Quebec Region, based in Montreal, LCol Dupuis was honoured to be appointed Senior Officer escorting Queen Elizabeth and Prince Philip during their 1976 Olympic Games visit. From Montreal, Pierre and Françoise moved once again to National Defence Headquarters in Ottawa. In addition to his many military Public Affairs duties, Pierre volunteered in his personal time at the French language school and cultural center, Alliance Française where he was appointed President. Pierre is a graduate of the NATO Defence College in Rome and a former staff officer at the Collège Militaire Royal, St. Jean, Quebec. Wherever he served, he was an advocate for the daily use and excellence of the French language. He pursued this commitment into his retirement from the CAF in 1986 at the NATO Headquarters in Brunsuum, The Netherlands, where he was appointed Chief Translator. He served there for ten years. Pierre was an avid volunteer. For more than five years he volunteered with the Ottawa Police Service in the Rockcliffe detachment, supporting community safety and security. Pierre loved his favourite hobbies which he shared with Françoise, travelling, skiing and playing tennis. Every winter they returned to their beloved second home on the Mediterranean coast in Cannes, France. Pierre will be dearly missed by his family and friends, with whom there will be a private farewell ceremony.