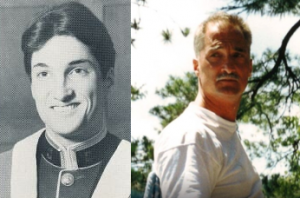 Born in Vancouver on April 13th, 1957, Henry Gordon Sheasby (Gord) passed to his heavenly home on July 29th, 2020 in Sus, New Brunswick. In a lifetime filled with accomplishment and adventure, Gord experienced and achieved so much. Gord’s career began as a Lieutenant in the Canadian Military after his graduation from the Royal Military College in 1979. He then served as an Officer with Lord Strathcona’s Horse and, upon leaving the military several years later, he set out on an adventure that began at a Gold Mine in South Africa and covered that continent, also leading him to the Middle East, Europe and much of the rest of the world before his return to Canada. Gord then studied Forestry at the University of Toronto, during which time he wrote an especially important paper inventorying the many mature trees on the site of the former Mimico Insane Asylum. This helped pre-empt the destruction of those trees and the preservation of the historic buildings that now house Humber College.

Upon moving to New Brunswick, Gord and his family settled in just outside Sus where he began his second career in Mining and ended his working life as a Paramedic in the far north and then back in New Brunswick. For many years, he was a proud member of the Mine Rescue Team and won a number of individual and team provincial championships. He was also a very skilled member of the Volunteer Fire Department and an instructor in First Aid and CPR with St. John Ambulance. When asked just a few days before his death what he was most proud of doing in his life, he said “helping people”.

Gord was also so incredibly proud of his much-loved and very accomplished children who all followed him on the military path. In addition to his daughter Alex (Alexi), his grandsons Theodore and Louis, his sons Bruce (Maddison) and Ira (Myriame), Gord is survived by his mother, Dorothea, his brother Bruce (Deidra), sisters Patricia (Neil) and Charlotte, his nieces, nephews, cousins and aunts and uncles and his beloved rescue dog Bower. He was predeceased by his father Edward Gordon. Gord was very grateful to have been welcomed into the community of Midland Baptist Church and to have formed such wonderful friendships there – especially with Pastor Alden Crain and his very dear friends Doug and Sandy Hall and all their family.  Gord’s neighbour and close friend, Arthur Ferguson (Art) was a joyful, daily presence in his life. Gord and all the family are so appreciative to his caregiver, Nancy, all the Extra-Mural nurses, especially Rachel, Virginia and Rose who helped him to remain in his home, the paramedics who assisted him on several occasions, his doctor, Stephanie Ward, and the many staff who cared for him at various times at Saint John and Sus Regional Hospitals, his care worker, Jolene and all at Sus Mental Health.

Despite his diagnosis, Gord faced his cancer with courage and grace and his ever-present sense of humour – always mindful of others and full of gratitude for a full life filled with love. Arrangements have been entrusted to Sherwood’s Funeral Home and Life Tribute Centre (506-839-2156), 18 Scovil Road, Norton, NB. Due to COVID-19 restrictions, private services will be held.

Our most sincere sympathies to the family and friends of Gordon Sheasby.

For more photos of Gord please see the Class of ’79 website here. 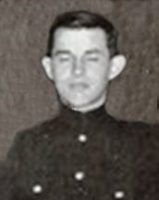 Tom was a real character, a good friend and well-known and recognizable across the Cadet Wing. Early in his CMR career, he developed a strong habit of attracting circles and came close to breaking the all-time record.  We all remember circle parades at zero-dark-thirty. Tom was always there with us through the early morning humidity, rain, snow and ice.  A classmate recalls Tom’s hatred of calculus and physics. Isaac Newton was most especially worthy of Tom’s comedic scorn.  Close order drill and physical training, especially gymnastics, were challenges he could have well done without.  We all agree Tom was a big personality, always positive despite our collective misery and he will never be forgotten.

Tom was proud of his brief time at CMR and would be the first to admit it was fun being a cadet. In later years, he attended reunions of the Class of ’72 and was an active member of the Victoria Chapter of the RMC Club. A niece wrote a touching tribute to Tom, and although it does not mention his short military career, it describes his bigger than life personality to a tee.

People always knew when Andrew Thomson Campbell was in the room. But on the morning of July 29, Tom left the building entirely, after a brief convalescence with pancreatic cancer. He was 70. Tom was always certain in his world view, which usually championed the underdog. The rights of megaproject construction workers, the virtues of Fidel Castro’s Cuba, the marginalization of people who just don’t fit, the economic mismanagement of people who are too rich to notice – on these matters he would bend just about any ear that was turned his way.

When Tom was young, a rather controversial Vancouver mayor, also called Tom Campbell, was persecuting hippies and planning downtown freeways, so our Tom he ran against his namesake in the 1970 civic election. Tom got respectable voter support, but the incumbent won, and for his trouble Tom was arrested on election day on dubious charges that were ultimately tossed out of court. After he worked as a cement mason on BC Place, it became Tom’s badge of honour that he was one of just a few vocal union officials not invited to the grand opening by the Social Credit government of the day. When he began taking extended trips to Cuba a few years ago, he found both political values he respected and a Cuban family who formally adopted him, so he could stay a little longer.

Tom was a voracious reader, and his depth of knowledge on a wide range of political, social and economic subjects was impressive. He studied economics at Ontario’s University of Waterloo, and followed political and social policy issues with real passion. He believed in fervently in co-ops, and in other economic models that put workers’ interests forward. As with family who died before him — his parents Jim and Lorraine, his wife Margaret and son Ian, and his brother Jimmy — ordinary people came first. So did the Campbell Farm on Saturna Island. Though he was born in Vancouver, he grew up on Saturna, and he returned. It was his home, as it is for his sisters Nan and Jacques, his sons Andrew and James, and someday, Tom hoped, for his granddaughter, Ana Margaret.

We will miss you, Tom.

After 86 years Bob peacefully completed his last marathon, with Christa his beloved wife of 60 years, by his side. His wisdom, guidance, support and humour will be greatly missed.

Bob was born in Winnipeg, Manitoba on July 5, 1934. He attended the Royal Military College of Canada where he obtained a bachelor’s degree BA (Econ) and a BComm (Hons) degree from the University of Manitoba. While on a business trip to Montreal he met Christa, the love of his life. They were married in 1960 and shortly after they headed south to California where he attended graduate school at the University of California Berkley, earning an MBA.

Following graduate school, they moved to London England, which continued to be one of their favourite cities. While there, he became hooked on soccer and rugby, which he continued to follow once he returned to Canada. After 10 years in London he was transferred back to Canada in the mid – ’70s. They eventually settled in Etobicoke and lived there for 37 years. Bob spent most of his working career with Deloitte and KPMG LLP. While working at KPMG, he published two books and many articles on issues facing professional services firms in a changing economy. After 32 years as a management consultant and senior Proposal Director, Bob retired from KPMG in 2011 at the age of 77.

Bob always had a deep interest in military history as well as a strong interest in aviation. He served as a flight instructor and has flown and instructed on a wide range of aircraft. Since retiring, Bob and Christa travelled to many parts of the world, and when at home Bob was very active in the Liberal Party.

Bob will be remembered for his incredible athletic achievements. In the early ’70s he developed an interest in long distance running and participated in 10ks and 20k races. Eventually he went on to complete 12 marathons. Despite being in his mid-80s, Bob ran 10k every day regardless of the weather. In his late-70s he ran up the stairs of the CN Tower.

Despite all his accomplishments, he was very modest.

Bob has successfully crossed his last finish line and we are grateful for the time we had with him. He will be dearly missed by his family and friends.