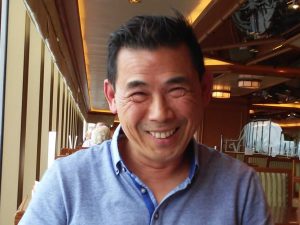 With great sadness David Wu passed away 21 September 2020 at the Ottawa General Hospital, with spouse Sara and children Stephanie and Jonathan by his side. Dave was diagnosed with cancer in January, and shared his condition only with his close family; COVID and Dave’s auto-immune suppressed condition frustratingly precluding visits from wider family and friends.

Dave was a true, kind hearted, and brightening happy soul whose big, wide, welcoming smile projected an uplifting beacon to all who had the honor to know have known him.

Dave was one of the privileged to enjoy two years of the close camaraderie of Royal Roads Military College. Food, a lifelong passion of Dave’s, became an easy draw for a growing fraternity of closer friendships as his lower dresser drawer became known as the local grocery store.

In pursuit of an engineering degree, Dave relocated to the Royal Military College (#1 Squadron/Stone Frigate) for his final two years of study before commencing his career as a Land Ordnance Engineering Officer.

Dave’s longtime residence in Kingston led to longstanding support to the Class of 1983. He helped organize class reunions, helped establish the class fund for commemorative stones, and answered all calls for classmates seeking support for Kingston needs.

Dave and Sara quite uniquely enjoyed many dozens of cruises together around the world; their common ‘bucket list’. It is heartwarming to know they were fortunate and prescient to so extensively enjoy this common love together.

As a part of David’s final wishes, please consider donating to your favorite charity in lieu of flowers. 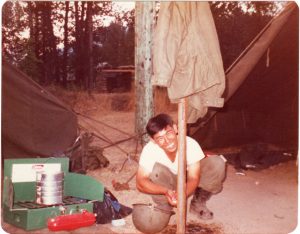 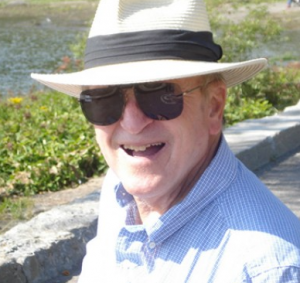 Wilson Leonard Joseph Price, aged 78, died at St Brigid’s Home, Quebec City, on 11 September 2020, surrounded by his loving children. He was the son of Solomon Leonard Price and Delphine Price, nee Gignac, both deceased.
A religious memorial service will be celebrated at St. Patrick’s Church. Attendance will be limited due to the current Pandemic.
Wilson Price grew up in Quebec City and attended ST. Patrick’s School. As a young man, he completed military service in the Canadian Army where he attained the rank of Major. He continued his studies in Physics Engineering at Laval University.
He was granted an Althlone Fellowship and continued post graduate studies at the University of Birmingham, where he earned a Master’s degree in Operations Research and a PhD in Industrial Engineering. Wilson Price was a member of the Order of Engineers and taught at the Royal Military College in Kingston, Ontario and at the University of Ottawa.
Eventually moving to Laval University, he retired as Professeur Titulaire. Wilson Price was the author or co-author of numerous scientific publications until 2018 when he was faced with life threatening illness. He was a fan of English sports cars and was a proud owner of a Triumph TR4. He belonged to the Club des Rendez-Vous des Anglaises in Quebec City.
He was friendly, tolerant and harboured a natural curiosity. Wilson Price consequently made friends and counted as his colleagues scholars and scientists from around the world.
He leaves his wife, Helen Villeneuve, his grieving children, Charles Price (Josee-Anne Labrie). Daniel Price (Michelle Bernier), And Valerie Sara Price (Douglas Ndambuki, his sister, Lynda Ann Price and his grandchildren Emilie, Julia, Noah and Aimee. He also leaves Denise Turcot, beloved mother of his children as well as many cousins and numerous friends and colleagues. 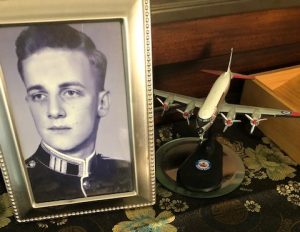 Al passed away Sep 23, 2020 at home in Columbia, South Carolina after a struggle with cancer.

Born and raised in Montreal, Al attended College Militaire Royal (CMR) in St Jean and then Royal Military College in Kingston.  Al excelled academically in Chemical Engineering. Less well known was his athletic prowess as a champion free-style swimmer.  He wouldn’t just dominate, he’d leave his competitors in his wash with his power and grace in the pool.  He also played water polo and football.

After grad, he married Lois Isabella Rochford (whom he had taken out throughout his time at CMR and RMC) and they headed for 2 short tours in Winnipeg and Trenton; Al was a Navigator in the RCAF.  In between those 2 tours, Al took his Masters in Chemical Engineering at MIT while on a Ford Scholarship.  In 1965, he was posted to RMC on the Academic Staff as a Professor in Chemical Engineering.  While at RMC, he completed his Doctorate in Chemical Engineering from Queens University in Kingston.

In 1969, Al left the Air Force and RMC, and went to work for Dupont Chemical as a Research Engineer in Parkersburg, West Virginia for 3 years; then on to Wilmington, Delaware for 7 years.  In 1980 Al went to Fayetteville North Carolina to build a chemical plant, then in ’81, back to Parkersburg where he built a larger plant.  Al retired in 1999 and moved to Columbia, South Carolina where he started a consulting firm on chemical engineering issues throughout the US and internationally until 2015.

While Al did not suffer fools, he had a generous and fun-loving spirit.  His many friends give thanks for the opportunity to have known him. 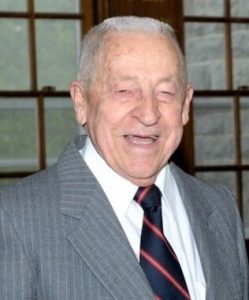 In the early morning hours of September 26th, 2020, Pierre Bussières, Dad/Grand-père/Accomplished Gentleman/Pilot and Professor Emeritus, Royal Military College, Kingston, departed on his final solo flight. His takeoff was smooth and we sent him off with a tank full of love. His daughter Michèle, son Mark, daughter-in-law, Nicole, granddaughters Pierre and Jocelyn and grandson-in-law Fraser were the joy of his life, putting even his love of flying into second place.
Born at Ste. Ursule, Québec, Pierre’s family moved to Montréal when he was 10. In 1948, RMC re-opened and Pierre was accepted into the first RMC class after the war. After graduating from RMC in 1952, Pierre spent 14 years in the Royal Canadian Air Force, working as a Flight Test Engineer, but he always dreamed of getting behind the controls. During this time, he worked on a number of major projects including the Avro Arrow and the CF-104 Star Fighter evaluation. He joined the academic team at RMC in 1962 and, over the next 34 years, was a living example of the old maxim that, if you love what you do, you will never work a day in your life. In 1966, Pierre earned the first Master’s degree granted by RMC, and, in 1972, he earned his PhD from Queen’s University. Retiring from RMC in 1996, Pierre continued to teach in a contract role for several years while taking on a multitude of volunteer roles including teaching basic computer skills to seniors and doing neighbourhood volunteering with the Heart and Stroke Foundation.
Retirement also gave him the time to indulge his passion for music and he was a long time subscriber to classical and other series at the Grand Theatre and later at the Isabel Bader Centre. It also gave him more time to spend at his home/cottage near Battersea, which he, along with his former wife, Jean, purchased in 1979. Gardening, building, and fixing things filled his days and kept him busy and energized. His ability to complete at least one (and often two) crossword puzzles a day was legendary. He continued to enjoy driving around town, and further afield, in a series of red Mustangs. Thankfully, his recognition of the potential loss of his driver’s license, and increasing insurance costs, reduced the number of speeding tickets as he headed past 70! He also enjoyed traveling with his family, and their multi-generational trip to France in 2015 was a highlight in his memory book. More recent trips to visit his granddaughters in Vancouver, and to finally see Bourbon Street in New Orleans, ticked off a number of bucket list items.
Obtaining his private pilot license at the age of 65, Pierre was finally able to satisfy his earlier passion for flight. He logged thousands of kilometers and spent joy-filled hours planning his summer schedule of Sunday fly-in breakfasts at airfields across Ontario and Québec. No one would have ever referred to him as “a morning person” but he had no problem getting out of bed at 6:00 a.m. and heading to Kingston Airport if there was a plane and a destination in mind. Up until his 88th birthday, he took a solo flight on his birthday every February 2nd, and had his picture snapped proudly standing in front of a plane, holding a sign with his age and a smile that stretched from ear to ear. Pierre’s last flight was January 24th, 2020, and his report of having nailed the landing will be long remembered by those of us who formed his ground crew.
His family would like to thank the wonderful teams at the GI Clinic at KGH, the Cancer Care Clinic at KGH, and the remarkable team at the Palliative Care Unit at Providence Care Hospital. Your care, your compassion, and the time you gave all of us through this challenging time will be long remembered, and we are forever grateful.
There will be no funeral services, however, the family is planning a Celebration of an Amazing Life when COVID-19 restrictions are lifted.
In lieu of flowers, the family has requested that donations be made to the Cordite Foundation, Royal Military College, Kingston, Ontario. https://www.rmc-cmr.ca/en/mechanical-and-aerospace-engineering/aims-cordite-foundation

A170 Tom Rozman: The Value of a Good Second in Command