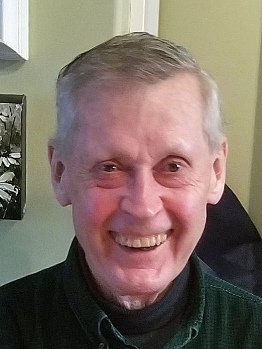 It is with great sadness that we share the news that Barry Sydney Watson passed away in Kingston, on November 22, 2020. Barry grew into spirit unexpectedly but peacefully with his wife, Barbara, by his side. He was: a loving father of Steve (Shauna), Catherine (David) and Jon (Kelly); a dedicated Grandpa (emphasis on the “Grand”) to Megan (Steve), Chandra (Garrett), Jenaye, and Charles; and a cherished Great Grandpa to Jaxon, Boden and Damien. Barry is remembered by his brother Brian (Billie Jean) and family, and he leaves his precious fur baby Holly, along with his loving lifelong relationship with extended family, the Wood cousins.

Barry was born in Kirkland Lake to Sydney Calvin Watson and Emma Evelyn (Toye) Watson on September 17, 1942. He spent his childhood in Kirkland Lake until he moved to Kingston to attend the Royal Military College. There he met the love of his life, Barbara Wood, on a blind date. On one beautiful and eventful day, Barry graduated from RMC in the morning, convocated in the afternoon, and then married Barbara that same evening. That was the start of 55 happy and memorable years together.

Barry started his Information Technology (IT) career in the Royal Canadian Air Force. He then transitioned to the civilian IT sector, which was then a fledgling industry.  He started working in technology when computers were the size of rooms. He was a pioneer of that industry, helping it grow through the years, working on many projects across Canada and Internationally.

Aside from his career, Barry was an active and involved member of his church.  He was a calm, kind, gentle man who positively touched the lives of many. Barry was passionate about music; he sang and played the trumpet for many years. Barry also enjoyed photography and running, and participated in the Rat Race in Toronto. He enjoyed passing time with family and friends, and was known for his sense of humour. A true dog lover, he had many beloved canine companions throughout his life.

The family would like to express their deepest appreciation to the First Responders, the KGH Emergency staff and Dr. Anna Grant, and also to Dr. Patricia O’Donnell for many years of excellent care.

In lieu of flowers, the family would appreciate donations to the Cathedral Church of St. George or Kingston Humane Society.

Funeral service took place at the James Reid Funeral Home in Kingston on November 30. The service is available to view online here. 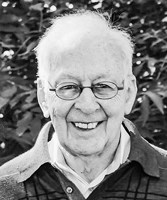 On November 6, 2020, Paul Preville of Edmonton passed away at the age of 89 years, due to complications from lymphoma. Paul was born in Montreal on June 8, 1931 to Albert and Agnes Preville, the second of four sons. He was a graduate of D’Arcy McGee High School (1948), Royal Military College (1953) and McGill University (1954), and served in the 1950s with The Canadian Grenadier Guards. Paul wed Doreen Gannon in Montreal on August 31, 1957. Settling first in Montreal’s west island and later in southwest Edmonton, they raised their five sons and cared for each other across 63 years of marriage. A mechanical engineer, Paul enjoyed a fulfilling lifelong career in marine transportation. With Montreal’s Clarke Steamships, beginning as a shore engineer in 1954, he ascended through the ranks to become Executive Vice President and was at the forefront of their national and international expansion. In 1982 he joined Edmonton-based NTCL, whose tugs and barges served Canada’s most remote northern communities. Paul quickly grew to admire the landscape, people, and artwork of the Canadian arctic. In retirement Paul served in various capacities with APEGA and donated his skills and energies to homeowners’ associations in Edmonton and Canmore. Paul and Doreen were longtime supporters of the Citadel Theatre, the Edmonton Symphony Orchestra, and St. Joseph’s College. Paul was an avid downhill skier and golfer. He delighted in hosting annual ski vacations in the Laurentians and the Rockies for his children and extended family. Paul is survived by his beloved Doreen; sons, John (Paulette), Andrew (Deedee), Edward (Marie-Josée), William, and Philip (Lynn); eight grandchildren; three great-grandchildren; and his brother, Tom. He is predeceased by his brothers, Ross and Phil. Uncle Paul was also cherished by his many nieces and nephews. Hardworking, professional and disciplined in his business life, in private Paul was an affectionate husband, a devoted father, and a man of goodwill, generosity, and faith to all who knew him. An exceptional man, an exemplary life. A public viewing was held on Sunday, November 22 from 6:00 p.m. until 8:00 p.m. at Park Memorial Chapel, 9709 – 111 Avenue, Edmonton. Due to current restrictions, a live-stream of the Funeral Mass will be available through www.parkmemorial.com on Monday, November 23 at 10:00 a.m. In lieu of flowers, please donate in Paul’s memory to the Advent Campaign of St. Joseph’s College at the University of Alberta, online at www.ualberta.ca/st-josephs/giving/. 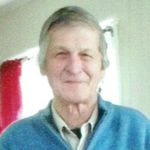 It is with great sadness that the family announces the death of John Mariner Steeves on October 8, 2020 at the Saint John Regional Hospital. He was the son of the late Wendell and Winnie May Steeves.

He will be sorely missed by his wife Donna and his children Daniel (Dawn) Evans of NB, Megan (Colin McManus) Evans of AB, Kelly (Shawn) Riopelle of BC, Gavin Steeves and Jordan Steeves both of Quebec, granddaughter Arianna Evans of NB and brother Allan (Sheila) Steeves of Ontario.

He was predeceased by brothers Ross (Judie) Steeves and Glendon (Persis) Steeves.

A consummate storyteller, his career was in journalism which he performed across the country from Whitehorse to St. John’s. In his retirement, his passion was duplicate bridge. He and Donna traveled the Atlantic Provinces playing bridge tournaments, sightseeing and discovering. His funny anecdotes and bridge lessons will be missed by extended family and friends.

Arrangements have been entrusted to Wallace Funeral Home, Sussex. As no formal service can be scheduled due to COVID-19, condolences can be made through WallaceFuneralHome.com. 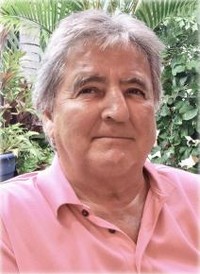 Passed away on Monday, May 4, 2020, after a brief illness. Bruce leaves behind his wife, Susan McCorquodale, as well as many friends and colleagues. Bruce held a BSc from the Royal Military College of Canada, where he excelled academically and athletically. He also held an LLB from the University of Western Ontario, an LLM from the University of London and a PhD from Bond University. Bruce was a professor at Western Law School for many years until his retirement in 2017. His colleagues and former students will remember his wit, humour and huge intellect. At Bruce’s request, there will be no service. Those wishing to make a donation in memory of Bruce are asked to consider an animal charity of your choice; it would be most appreciated.

A170 Tom Rozman - When Leaders Mesh Well Together