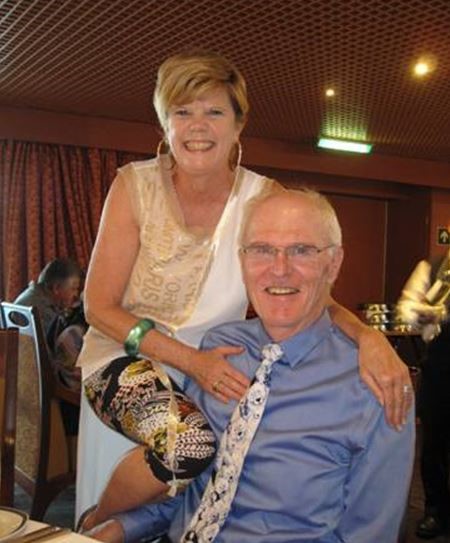 Katherine and Michael cruising 2017 to Australia and New Zealand

The Class of ’72 regrets to advise that Commander Michael Duncan, CD passed away in December 2020 at the Glebe Centre in Ottawa.  He was 71 years old.

Mike came to RMC in 1968 from Lively, ON. While at the College, he studied Science (Applied) and excelled in sports. He played varsity football with the Redmen and intramural hockey for Wolfe Squadron.

Mike served a full career in the Royal Canadian Navy as a Marine Engineer. He served primarily on the West Coast – HMCS Kootenay, the Navel Officer Training Centre, Training Group Pacific, and the Ship Repair Unit in Esquimalt. Of course, there were the inevitable postings to NDHQ that eventually led to his retirement in Ottawa in 2004.

In retirement, Mike enjoyed golf, travel, skiing and curling.  Sadly, seven years ago, he was diagnosed with dementia. He lived the last part of his life in the Glebe Centre where he received excellent care.  He is predeceased by his first wife Jennie Lynn.  He leaves behind his wife Katherine, his two children, Andrew and Heather who live in Ontario and Australia respectively, and four grandchildren.

A Celebration of Life for Mike is planned and will take place when conditions concerning COVID-19 allow travel from Australia. If they wish, friends can donate to the Dementia Society of Ottawa and Renfrew County (https://dementiahelp.ca/) in Michael’s memory. 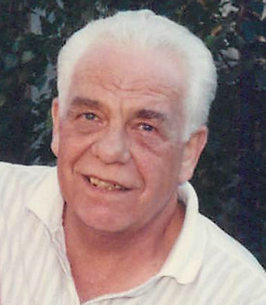 The Class of RR’52/RMC’54 was saddened to learn of the passing of one of our mates and friends, Ken HOFFER. Ken passed away at the Grand River Hospital in Kitchener ON on December 13, 2020 after a long period of illnesses. Ken’s military service to Queen and Country began at Royal Roads in 1950 where Ken was known as a tough competitor in the boxing ring and on the gridiron. As our mate John Neroutsos commented: ” I remember Ken as a very decent person, with great values and determination, particularly on the football field. I think I may still have some bruises to prove it”. In summer training with the RCAF, Ken developed his passion for and love of flying. At RMC, Ken’s leadership qualities led to his 4th Year appointment as Cadet Fight Leader and 2IC (Second-in-Command) of Lasalle Squadron. CSL Jon Jennekens appreciated his help: ” Ken was a soft-spoken leader admired by all of the cadets in LaSalle Squadron for his energy, skills and tenacity in inter-squadron sports”. Ken graduated in 1954 earning an RMC Bachelor of Arts Degree. He then began his long career in the RCAF. Ken flew many different types of aircraft and experienced a wide variety of postings that allowed him to do what he became so well- known for: a love of flight and instructing a countless number of others in basic airmanship and aerobatics. Following his retirement from the RCAF Ken was employed by Transport Canada at Pearson International Airport for nine years. Many more details about Ken’s family and military career can be read in his Obituary on the Funeral Home website. Go to the following link and find Ken’s photo to access his detailed Obituary: https://www.henrywalser.com/memorials/kenneth-ken-fredrick–hoffer/4458176/index.php. Condolences may also be left on that website. Our deepest sympathy goes out to Iris, Ken’s wife of 66 years, and to the Hoffer family. A good man gone but he will be remembered by many for sharing his knowledge with them. Well done, Pilot.
3201 Austen (Aus) Cambon, Class Secretary. 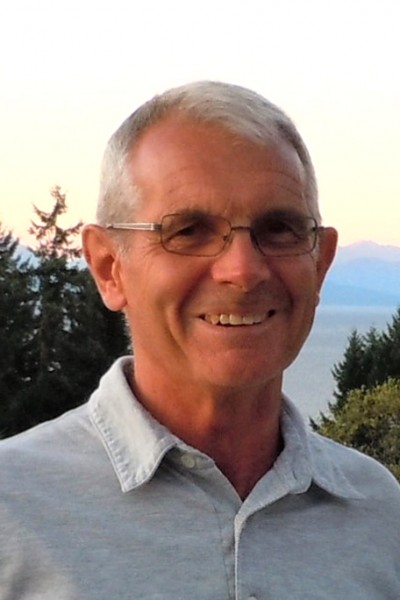 March 7, 1949 – December 26, 2020
On Saturday, December 26, 2020, Major William Michael ‘Mike’ Moore, loving husband and father of two, passed away at the age of 71.
Mike was born March 7, 1949 in Oakville, Ontario to Janet Elizabeth (Evans) and William Gardner Moore. Involved in the Royal Canadian Army Cadets as a teen, he joined the Canadian Armed Forces in 1967. He earned his Chemical Engineering degree from the Royal Military College of Canada in Kingston in 1971. The following year, he married Lorraine Elizabeth Church in Vancouver.
Mike was a military engineer throughout his 35-year career in the Canadian Armed Forces, with postings to bases in Trenton, Baldy Hughes, Chilliwack, Borden and Winnipeg and travels throughout the country. His Catholic faith was very important to him and when travelling, he would seek out mass wherever he happened to be on Sunday. He and Lorraine consistently volunteered at the churches in the cities where they were posted.
Mike played and followed sports throughout his life. Baseball was a particular passion, and Mike was a life-long Red Sox fan. He coached his son’s teams, and patiently helped teach his grandchildren how to throw, catch and hit a ball. He was a determined runner, venturing out daily even when confronted by the worst of Winnipeg winters. Mike was known for his sense of humour and playful demeanor, as well as his knowledge of sports data.
After Mike retired in 2002 at the rank of Major, he and Lorraine moved from Winnipeg to Nanaimo to enjoy warmer weather, beautiful scenery and proximity to family. He enjoyed playing baseball again in the McGirr seniors’ league, and learned how to play snare drum, becoming an active member of the Pacific Gael Pipes and Drums band. He joined the Holy Trinity Knights of Columbus Council #9990 where he helped serve his parish. Mike and Lorraine made frequent trips to Texas to visit their beloved children and grandchildren, who were his pride and joy.
Mike is survived by his wife of 48 years Lorraine, son Richard (Janice), daughter Victoria (Andrew Bishop), grandchildren Clara, Serena and Oliver Moore and Rebecca, Matthew and Peter Bishop. An only child, Mike was very close to Lorraine’s siblings Roderick ‘Rod’ Church (Francie), Beverly ‘Bev’ (Douglas ‘Doug’ Morrison) and Patricia ‘Pat’ Church. He was preceded in death by his father, Gardner, and his mother, Janet.
A family funeral was held on January 8, 2021 at Trinity Catholic Church in Nanaimo.