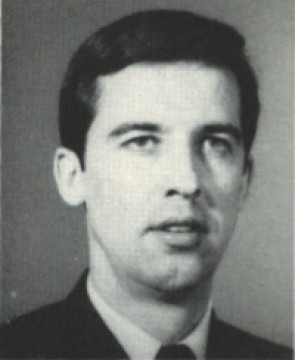 Major A.J. Szydlik proudly served his country in the Royal Canadian Air Force for 33 years. Beginning his military career as a photographer, Joe pursued excellence in education. He attended Royal Roads Military College in the first class of UTPM, earning a Bachelor of Science followed by a Masters in Photographic Science at the Rochester Institute of Technology. After retirement, he pursued a second career in oil and gas as an Emergency Response Planner.

Joe was always serving his community and could be found volunteering at the local YMCA or taking photos as a volunteer photographer for the Okotoks Dawgs baseball team. His greatest honour was serving as a White Hatter at the Calgary Airport where he would welcome all with a huge smile. Joe was an avid athlete and loved to play squash, but his passion was running. As a member of the U of C Running Group, he challenged and pushed himself to excel, ran half marathons and made cherished and lifelong friends. He could be caught on any given day making a mean martini or sipping a quality whisky with a toothpick in his mouth.

Joe was a man of deep faith and believer in the Lord Jesus Christ. He loved his church community, singing in the choir and mentoring young couples preparing for marriage. Married 53 years, Kay was his beloved and the apple of his eye. They shared a life filled with travel, adventure, love and faith.

Joe passed away peacefully at Dulcina Hospice in Calgary, AB on Monday, March 8, 2021 at the age of 77. He is survived by his loving wife Kay Szydlik (nee Clow). Dear father of Sonja (predeceased), Tony and Steve (Chantal). Loving Dziadek to Josh and Drew. Predeceased by his parents Antoni and Leokadja (Szpojankowski) and his sister Carol (Ted). Joe will be sadly missed by his brothers John (MaryAnn), Raymond (Sue), Henry (Yvonne) and Stan (Laurette). 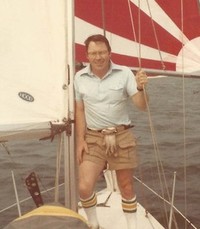 Pierre LaChapelle died suddenly at the age of 77, on the first day of spring, March 20th, 2021, clearing brush and cutting logs on his rural property in Lanark County. He was wearing his work gloves and muck boots and had a smile on his face. We are shocked and saddened by his passing, but take some comfort that his family was by his side, and that he did not linger or suffer. Instead, he went out the way he wanted to, cherished, vital, active, sharp, and participating fully.

Pierre leaves behind his wife Laurette (Legault), of 46 years and his daughter Adrienne (John) Morin. He was the older brother of Dianne, Mike and Suzanne and uncle to Matthew and Laura. Pierre was the favourite adventurer buddy of his grandson Wilfred, and his granddaughter Eleanor’s cherished reading companion.

Pierre was born Gerard Ambrose Pierre LaChapelle to Robert LaChapelle Jr. and Alma Dulac in Toronto, Ontario, in 1943. The eldest of four children he became the family breadwinner at age 12 when his father died. Pierre credited the Canadian Air Cadet movement with keeping him grounded during his teenage years. He worked full time during the summers to help support his mother and family. Pierre’s interest in the military was piqued and he saw the possibility of a career. He enlisted first in the reserves and then in the Canadian Forces. He served with both the Royal 22nd Regiment (1964-1975) and the Princess Patricia’s Canadian Light Infantry (1975-1998), in the arctic, on peacekeeping missions in Cyprus and Guatemala, at DND Headquarters in Ottawa and as NATO liaison officer in Italy. He retired as a Lieutenant Colonel from the Canadian Forces in 1998 and started his own defence consulting firm. He continued to work on a variety of challenging projects up until his death.

A celebration of life will be held for Pierre when the Covid-19 restrictions are lifted to allow a large gathering. A special thanks to the excellent paramedics of Lanark County Paramedic Service and the emergency room staff at the Perth Memorial Hospital, including nurse Britney and Doctor Drummond. Donations to the Shepherds of Good Hope in Ottawa and the Lanark County Interval House and Community Support are gratefully accepted.