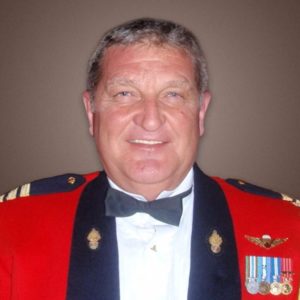 It is with profound sadness that the family announces the passing of David at KGH with his family by his side on May 3, 2021 in his 84th year. Beloved husband of 61 years of Clare, devoted father to Stephen (Denise) of Guelph and cherished Grandpa to Nicholas (Camille) of Kingston, Sarah of Peterborough, Alexandra of Orillia and Macayla (Brandon) of Guelph.  Predeceased by his parents, Vice-Admiral Herbert and Mrs. Betty Rayner, his infant son, Timothy, his son, Christopher (Sharon) and his younger brother, Michael (Susan) of Ottawa.  Surviving David are his siblings: John (Ann), Phoebe (David Gowdy), Janet (Bob Whillams), all of Ottawa  and Catherine (Bruce Ripley) of Kimberley, BC.  After graduating from RMC, (proud member of the class of ’59), David joined the Royal Canadian Navy and served at sea on both coasts of Canada. Returning to Halifax, he taught for three years at HMCS Stadacona. In 1967, David resigned from the RCN to pursue a new career. The family moved to Kingston and David enrolled in the Queen’s Faulty of Law.  During the ensuing 50 years, David lived a full life. He practiced law for more than 25 years and he was also a former master of Queen’s Lodge #578. He was President of the Church Athletic League and executive member of the Voyageurs hockey club. He spent many years offering advice and service to Legal Aid and the Youth Diversion Program.  A quiet unassuming man, David was a constant source of support and love to his family friends and his beloved Montreal Canadians. His memory will be cherished forever.  The family would like to thank Dr. A. Sanfilipo for his devoted care of David over the years of his illness and to the doctors and nurses on Davies 3 as well as the CSU for their exemplary care during David’s final hospitalization.  If desired, memorial donations can be made to the Heart and Stroke Foundation or the charity of your choice.  A private family burial was held on May 7th, 2021 at Cataraqui Cemetery. A celebration of life will be held as soon as possible. 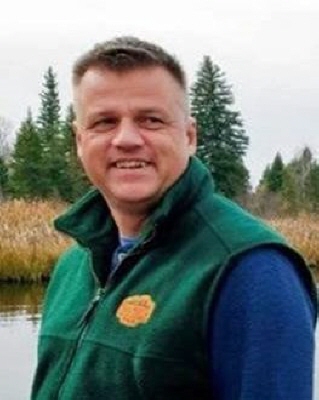 Lieutenant Colonel (LCol) Jeff Lyttle, Base Commander (BComd) of Canadian Forces Base (CFB) Shilo, died on 13 May 2021 at the age of 46 following a brief illness. He had served Canada for 26 years.

Born and raised in North Bay, ON Jeff joined the Canadian Armed Forces (CAF) in 1994, graduating from Royal Military College (RMC) with a Bachelor of Engineering in 1998 on the Dean’s Honour List. He served on numerous overseas deployments from humanitarian relief efforts in Turkey to operations in Bosnia, Afghanistan and Iraq. He held a variety of command and staff positions in the CAF. He assumed command of CFB Shilo in July 2019 and had successfully led Shilo through the recent challenges of military operations during a global pandemic. He was proud to be a Gunner and was honoured to serve as Commander Home Station of the Royal Canadian Artillery.

Always wearing a smile, Jeff was quick to greet friends – old, new and yet to be – with a firm hand shake. Confident in who he was as a person and professional, he didn’t blur the lines and allow one to influence the other. Although known as “Sir” or “LCol Lyttle” or the “BComd” at work, he was Jeff at heart.

His funeral will be held from Brockie Donovan Funeral Chapel on Friday, 21 May 2021 at 1100h (CDT) / 1200h (EDT). Capt Daniel Walton will officiate. Due to COVID-19 restrictions, the service will not be an in-person public service. Interment will take place at a later date in the Pembroke / Petawawa, ON area.

In lieu of flowers, the family has requested donations be made to the Canadian Cancer Society. For those who wish, donations can be made to an Education Fund for his four daughters through any Bank of Montreal (BM0) by giving account number 0028 3915 269.

Janet and the family wish to thank the medical staff of Brandon Regional Health Centre for their kind and compassionate care during Jeff’s brief illness. Appreciation is extended to the staff of Brockie Donovan Funeral Home for their dedication and professionalism during this time. To the friends and family who have been so supportive, your love and compassion has deeper impact than can be expressed. 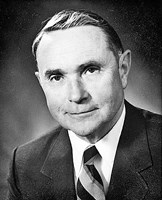 JAMES GORDON THOMPSON December 18,1926 – May 13, 2021 The Thompson family is deeply saddened to announce that James (Jim) died peacefully at Parkwood Institute on May 13, 2021 at the age of 94. He will be dearly missed by Beverly (Smith) his wife of 71 years; his five children, Adair (Ian), Leslie (Peter), Ann (Stephen), Robin (David) and Gordon (Louise); his fifteen grandchildren, Laura (Darren), Catherine (Scott), Rosalyn, Andrew (Joanna), Gillian, Michael, Eric, David, Daniel, Caroline (Greg), Lorraine (Josh), Thomas, Alastair, Mackenzie and Isabella; and his seven great-grandchildren, Claire, Gordon, Jacob, Anne, Zachary, Lane and Evan. He was predeceased by his sisters Catherine Thompson and Essie Bacon. Jim was born in London, Ontario and attended Ridley College, the Royal Canadian Naval College, the University of Toronto (Engineering), and the University of Western Ontario (Business). From 1960 to 1971, he was President of Supertest Petroleum, a company co-founded by his father, John Gordon Thompson. He was also president of Sunningdale Golf Club Limited, where he oversaw the completion of many improvements. He was inducted into the London Business Hall of Fame. In his sporting life, Jim was a champion trap shooter for many decades. He applied his gifted engineering mind to the design of Miss Supertest III, an Unlimited Class hydroplane speedboat that won three consecutive world championship titles (the Harmsworth Trophy). In addition, Miss Supertest II achieved the world speed record in 1957. His accomplishments in the speedboat world were honoured by his induction into the Canadian Sports Hall of Fame, the Canadian Motorsports Hall of Fame and the London Sports Hall of Fame. The story of Miss Supertest III was commemorated by special stamps issued by Canada Post. Jim was known as a modest and quiet gentleman who was an active supporter of the community. He contributed to and shared his knowledge with numerous organizations in London including the Salvation Army, the YMCA, St. Joseph’s Healthcare London, Children’s Health Foundation, Victoria Hospital, Fanshawe College, Huron College, SARI Therapeutic Riding and St. John the Evangelist Church. He was a founding member of the London Power and Sail Squadron and was for many years the Honorary Colonel of the 1st Hussars. His contributions to community were recognized with a Queen’s Diamond Jubilee Medal. Very fittingly, the Masonic Lodge, of which he was a long-time member, presented him with the John Ross Matheson Award for his “distinguished service to his community, his country and mankind.” Jim enjoyed a wide variety of hobbies and pursuits. These included piloting small aircraft, sailing, golfing, machining and gunsmithing, assembling electronics, boat building and crafting furniture. He could fix anything he put his mind to. One of the great joys of his life was spending time with family, in particular in Fort Lauderdale and at the cottage in Corunna. He loved watching the freighters on the St. Clair River with Beverly at his side. He derived great pleasure from the many trips he and Beverly took with family and friends. The family wishes to express its sincere thanks and gratitude to Chris Climent for her devoted support of Jim in his office activities which he pursued through his 94th year. Jim will lie at rest at Woodland Cemetery. Arrangements in the care of Harris Funeral Home. A celebration of his life will be held at a future date. In lieu of flowers, memorial donations in Jim’s honour to the Salvation Army, the YMCA or a charity of your choice would be appreciated. Condolences can be sent directly to the family at jthompson@sunningdalegolf.com. 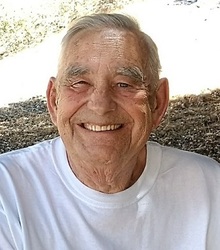 Passed peacefully on Sunday, May 16, 2021 at Kingston General Hospital with loved ones by his side. Survived by his loving wife, Julie and his children, Greg (Fernanda), Vicki and Helen (Tushar) and seven grandchildren, Mackenzie, Ravin, Taran, Shalin, David, Paige and Brian. Predeceased by his grandchild, Tiffany. As a graduate of RMC, he began his legacy here in Kingston and returned to say farewell. His career as an engineer spanned many areas, proudly serving in the Canadian Armed Forces, teaching and coaching students in the Sudbury area and helping a multitude of companies in several countries, including Indonesia and Peru. He found joy in meeting people in many walks of life and taught his family to embrace all cultures. He lived his life to the fullest, tirelessly advocating for those often overlooked by public policy to the end. He left this world a better place, nurtured like his garden, with love, patience and devotion. Writing of his life, he stated, “Fred finally played a par round of golf after 45 years of trying”. His humour buoyed us all and he will be sorely missed. Thank you to the paramedics and staff of KGH for their incredible care and compassion. Due to the current COVID pandemic, his immediate family will celebrate his life privately. If you would like to honour his memory, please donate to your local food bank