eVeritas learned just prior to press time that 6604 Jim Carruthers has passed away. More information will be provided when it is available.

It is with great sadness that we announce the loss of our dear father and grandfather Philip Barker Hindmarch of Edmonton, Alberta on October 10, 2021 at the age of 87. He leaves behind his three children Stephen Hindmarch (Monica) of Seattle, Leslie Peers (Douglas) of Mayne Island, and Sandra McCabe (Gerald) of Edmonton. Philip was predeceased by his loving wife of more than 60 years, Marilyn (nee Rutherford), and his parents, Frank and Vivian. He will be missed by his seven grandchildren: Mark, Jacob, Justin, Stefanie, Stuart, Jenna, and Duncan.

Philip was born on October 26, 1933 in Sherbrooke, Quebec and graduated from the Royal Military College in Kingston, Ontario in 1957 and from the University of Western Ontario in 1958, with a degree in English. He served for seven years with the London and Oxford Fusiliers, which at the time was the militia battalion of the Royal Canadian Regiment.

He turned his love of writing into a successful career in public relations working for several leading corporations in Canada, including London Life, Labatt, Massey-Ferguson, Honeywell, and Canadian Utilities. In Edmonton, he served on the boards of the United Way, the Chamber of Commerce, Junior Achievement and the Better Business Bureau.  For a number of years he was the humour columnist for Edmonton Senior. He wrote a poem a day for many years during his retirement.

Our family is grateful for the exceptional care and compassion that Philip received in his final years at Willow Cottage and in particular the care given by Dr. Oye Soyege, Annaliza Mendoza, and all the staff who cared so lovingly for him.

A service for Philip will be held on Saturday, October 16, 2021 at 2:00 p.m. at South Side Memorial Chapel, 8310 104 Street, Edmonton.   Those who wish to attend the service, must provide proof of vaccination and ID, or a negative COVID test done with 72 hours.

In lieu of flowers, a donation can be made to the RMC Foundation (https://www.rmcfoundation.ca/en/donate-today/). To sign the book of condolences and to share memories, please visit please visit www.southsidememorial.com 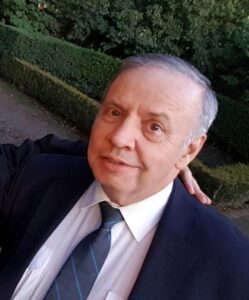 It is with deep sadness that we announce the passing of Doug McLean on Wednesday, Oct 13, 2021 at the age of 65. Doug was born in Hearst, ON and grew up in Callander and North Bay, ON. He graduated from the Royal Military College, Kingston, and continued in the Canadian Navy until retirement after 30 years of service. He settled in Chilliwack with his family and leaves behind his wife of 39 years, Rejeanne, son Matthew and daughter Sarah. Doug enjoyed volunteering for several organizations in Chilliwack over the years, as well as spending many hours reading books and walking the dog along the Vedder River, until his health declined. Doug’s family is grateful to the staff of Heritage Village for their compassionate and supportive care over the last difficult year of his life. He will be greatly missed and there will be a private family Celebration of his life in the spring.

Fond memories and expressions of sympathy may be shared at www.hendersonsfunerals.com for the MCLEAN family. 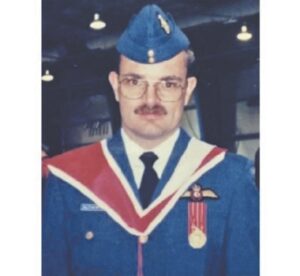 It is with profound sadness that we must announce the passing of Ian Rutherford on Thursday, October 21, 2021 at the age of 57, after a lengthy struggle.

Ian was an academic in the truest sense of the word and loved to read as well as teach. In addition to his many military achievements, he also received a BA in Political Science (Acadia University), a Master’s Degree in War Studies (RMC), the Governor General’s Award and several scholarships. He was an assistant professor at both RMC and Queen’s University and taught cadets and civilian students alike. In 2017, he retired from the military, having achieved the rank of Air Force Major. During his flying days, he flew in the CF Aurora aircraft as a tactical navigator and spent a large part of his career in Greenwood, NS. He proudly served in the Canadian Armed Forces for 33 years.

Cremation has taken place. A Celebration of Ian’s Life will be held at the Payne Funeral Home, 178 Main Street, Odessa on Saturday, November 13, 2021 from 12 – 2 p.m. Mandatory COVID-19 protocols will be in effect, including masks and physical distancing. Words of Remembrance will commence at 1:30 p.m. This can be viewed live or anytime following, on the funeral home facebook page. A reception will follow at Vimy Officers’ Mess – Kingston from 3 – 5 p.m. For those desiring, memorial donations to Addiction and Mental Health Services KFL&A or Wounded Warriors Canada would be appreciated.

Please share your memories and condolences to the family at www.paynefuneralhome.com

A170 Tom Rozman: When a leader lets their ego get the better of them