The Fort LaSalle project by Shoalts and Zaback Architects Ltd with Smith & Anderson engineers included renovations and an addition to an existing dormitory building. This building is located on the grounds of Royal Military College in Kingston, Ontario. Included was a new hot water heating system with steam/water converters supplied to central steam system of the College. Each room is provided with its own temperature control through DDC control system.

washroom and shower exhaust. A glycol based heat reclaim system is exposed to transfer thermal energy from exhaust system to the make-up air system. The facility was provided with a new plumbing system that made use of the existing below grade sanitary drains in the existing portion of the building.

You can find the current weather, for example at the Royal Military College Museum on the Weather Network. http://www.theweathernetwork.com/attractionsfx/caon8568

You can upload active, beautiful and wacky weather photos and videos or watch them in the Weather Network`s searchable gallery. http://www.theweathernetwork.com/index.php?product=your_weather&pagecontent=searchresults 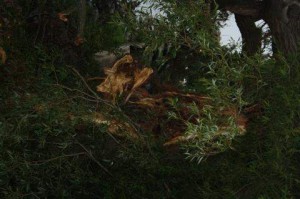 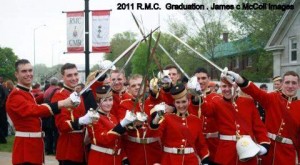 Among the shots of the Royal Military College of Canada in Kingston include a shot from July 22nd 2010 of a tree at the RMC officer`s mess in Kingston, which was hit by lightning and of the graduation of RMC cadets.

At the Royal Military College of Canada, all Regular and Reserve Force members and their spouses have the opportunity to further their education through RMC’s Division of Continuing Studies. Attendance on College grounds is not required.

Many courses are offered in both official languages. Many courses are offered at the student’s location, using the most appropriate distance learning mode. Students applying for admission into a programme of study who have completed programmes or courses at other universities, community colleges, or CEGEP or professional training courses taken either within the CF or through some other organization (whether in Canada or abroad), may seek to have their prior learning at a university level recognized by RMCC.  Source

The facility at the Royal Military College of Canada houses two squadrons with dedicated services for each to enable them to function without cross circulation. 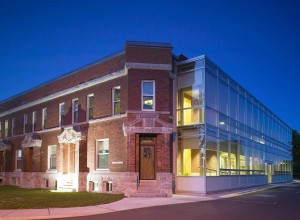 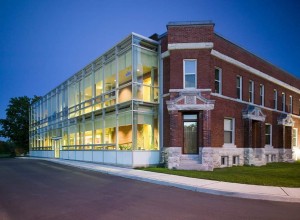 The Ridout Row project by Shoalts and Zaback Architects Ltd consists of the adaptive re-use and addition to two historic row house buildings at the Royal Military College of Canada. The Administration Center design incorporates the courtyard between the housing rows by programming it with open and private spaces as well as meeting rooms. The design is compatible in scale with the original buildings while at the same time clearly contrasting with the historic architecture. The project, which was completed in September 2005 was a Nominee for the 2008 Livable City Design Award. Photos by David Bell.