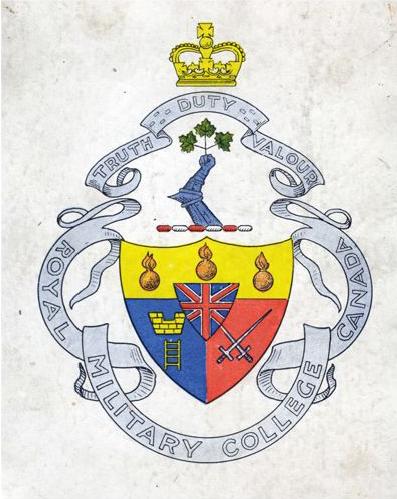 Did you know? Long before the Royal Military College was established in 1876, there were proposals for military colleges in Canada.

Long before the Royal Military College was established in 1876, there were proposals for military colleges in Canada.

Although the Assembly of Lower Canada decided to establish a military college in 1815, agreement upon its organization was blocked by religious and racial conflicts.

Captain A.G. Douglas, a former adjutant at the British military college at Great Marlow, recommended the establishment in 1816 of a military college open to Catholic and Protestant boys at Three Rivers in a disused government house with himself as superintendent. His college was intended as a boarding school to educate the sons of officers, amongst others, in Latin, English, French, history, geography, drawing and mathematics.

In 1826, retired British navy and army officers who had settled in March township, near Ottawa, proposed a military college for boys on naval and military lines on the Great Lakes.

During the American Civil War, military schools staffed by British Regulars were established for adult male students to undergo a 3 month long military course in Toronto and Quebec in 1864, and at Montreal, Kingston, London and Hamilton in 1865. Although the military colleges in London and Hamilton had disbanded in 1865, the schools at Quebec, Montreal, Kingston and Toronto were retained at Confederation, in 1867. In 1868, schools of calvalry and artillery were formed in Toronto and a school of artillery was formed in Montreal.

In 1870-1, Canadian militia staff replaced the British regulars who were recalled from overseas station. From December to May, six schools conducted officer training for calvalry, infantry and artillery. The British Garrisons operated the schools at Halifax, Saint John and Quebec. Canadian militia staff and former British army drill sergeants operated the schools at Montreal, Kingston and Toronto.

The first full time units of the Canadian militia, A and B Batteries at Kingston and Quebec, organized gunnery schools on a year round basis in which artillery courses lasted from 3-12 months with the possibility of extension. Colonel P Robertson-Ross, adjutant general of the militia (1870-3) recomended the schools be organized as tactical brigades of three arms and that infantry and calvalry schools should also be put on a permanent basis . The Canadian government did not accept his advice.

Source: Richard Preston ‘Canada’s RMC: A History of the Royal Military College of Canada’ published by the RMC Club by U of Toronto Press.

Unfortunately I don’t have any photos relating to the pre-RMC militia schools. I believe those later militia training organizations were known as “Schools” vice “Colleges”. I have occasionally received inquires asking for information about ancestors who supposedly went to RMC, but, in fact were graduates of the Militia School that operated here in Kingston.

These schools get a passing mention in Stanley’s “Canada’s Soldiers” and have been covered in other works on the Canadian militia -but, oft-hand, I can’t remember what these other sources are.

More Did you know from Victoria Edwards…

Links between the Canadian Mapping and Charting Establishment and RMC

Frederick Borden, the minister of militia and defence, authorized the formation in 1903 of a small engineer-run mapping unit, whose job it was to help government agencies map all of Canada. The mapping unit employed graduate engineers from the Royal Military College (RMC), the only place in Canada where topographic mapping was being taught. The Mapping and Charting Establishment (MCE), a small, skilled engineering organization is as old as the army itself and predates the Canadian navy and air force. It has been located in Ottawa since 1903, where most of the work has been done, except for when units have been sent to war, dispatched on survey parties, or sent to support overseas operations. More about the storied tradition of military mappers in Canada can be found in: One Hundred Years of Canadian Military Mapping 1903-2003: An Illustrated History http://www.peo.on.ca/DIMENSIONS/julyaug2010/Feature%20Military%20Mappers.pdf