“You actually have to read all the words”

Well, all the staff and faculty are back on campus, dotting the last I and crossing the last T in preparation for the start of Winter term… but we still have a few minutes to talk about books!

I managed to catch Dr Howard Coombs of the History Department between tasks, and he shared a bit about a whole series he just completed over the break: The Sandman Slim by Richard Kadry. “It’s a fantasy about a man who, as a teen, is consigned to Hell by a magic circle, becomes a gladiator and then an assassin for one of Hell’s generals.”

The series is a definite break from Dr Coombs’s work reading, which is largely military history, but are there crossovers? “Oh yes,” Dr Coombs insists. “Even with the supernatural in the mix, it’s a polemic on life in the military—you get sent to some terrible places, and sometimes when you get back home, ‘normal’ doesn’t make sense anymore. The most interesting part about the series is watching the main character negotiate how to exist on earth again.”

It sounds like a story made for a graphic novel; are there any pictures? “No—you actually have to read all the words.” 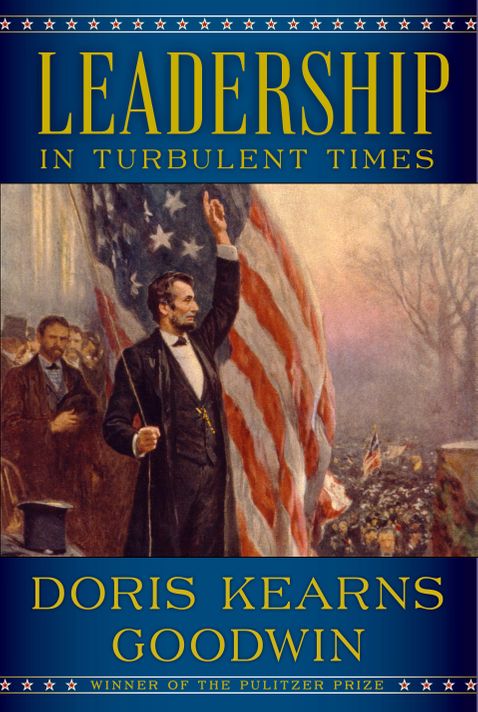 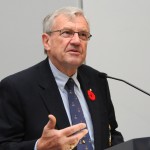 6560 Andrew Nellestyn – Class of ’65 –  I am reading Leadership in Turbulent Times  by Doris Kearns Goodwin.

The author examines the lifes and leadership qualities of Presidents Lincoln (transformational leadership), Theodore Roosevelt (crisis leadership), Franklin D. Roosevelt (turnaround leadership) and Lyndon B. Johnson (visionary leadership). Each man differing in style, background, preparation, maturation and personality. Each faced defining challenges, the resolution of which would respectively: save the Union and abolish slavery; champion the rights and well-being of the working man and woman in the wake of the industrial revolution and introduce social and economic justice; restore a greatly depressed economy (The New Deal) and defeat fascism; and shepherd in civil rights and the Great Society. They all held sacred service to the nation, the defence of democracy, the dignity of the person and were exemplars of an abiding and passionate respect for justice and the rule of law. Their backgrounds varied from extreme poverty and self-education to great wealth and privilege and Ivy League pedigrees. Yet each made his own way, was his own person, was consumingly ambitious and held public service to be the noblest of endeavours. Two Republicans and two Democrats – in that chronological order. All products of their times and the prevailing turbulences.

There is much to learn from this exceptional book and its treatise on benevolent and empathetic leadership spiced and strengthened by governance consisting of a shared vision, a resolute plan and the exercise of tough love, determination, respect, decisiveness and discipline.