Dr. Sarah Johnson, Associate Professor of English at RMC, believes that studying texts from the past can provide Cadets with the skills needed to understand texts in the present. Providing those skills to Cadets at RMC is a profession she comes by honestly and one which she enjoys because of the imagination it requires. “I received my BA from the University of Ottawa, and my MA and PhD from McMaster University. My research focuses on Renaissance drama, especially on representations of gender,” the Peterborough, Ontario, native explained. “When I decided to major in English I was also very drawn to the possibility of majoring in theatre. My next favourite subject was history. The work I do now is based in literary studies but it combines all these areas. I love the extra dimension that analyzing drama involves. As much as I like to think of the text as everything, it’s not: sometimes the meaning of a line completely changes depending on performance choices, or sometimes what’s physically happening onstage contradicts or overpowers the words we have on the page. We cannot, of course, recover the original stagings of sixteenth- and seventeenth-century plays, and yet we have to consider performance possibilities in order to understand what impact these plays might have had on their original audiences, or what realities of life they reflected. In other words, analyzing drama leaves some room for – or rather, requires – imagination.”

“Lately I’ve been working on plays by John Fletcher,” she went on. As Dr. Johnson elaborated, “He was Shakespeare’s friend and took over for him as the chief playwright for the King’s Men. Fletcher collaborated with several other prominent dramatists, and was one of the most successful writers of the era – some scholars even say he was more popular than Shakespeare. Today, however, Fletcher is pretty much unknown outside of literary studies. It’s exciting to rediscover plays that have been relatively neglected over time, especially since many of the issues Fletcher engages with remain relevant today.”

Dr. Johnson has spent the last seven years in Kingston and she has been at the College for six of those. She currently teaches courses in medieval and Renaissance literature as well as the First Year introduction to literature and university writing. As the mother of two explains it, she came to the College “to teach one course while I was wrapping up a postdoctoral project at Queen’s,” she said. “I discovered an institution that had a place for literary studies in the education it provides to future leaders of the CAF. Who wouldn’t want to be a part of that? People who have the communication and analytical skills that literary studies foster are certainly the kind of people I want in such leadership roles. Many more things made me want to stay here, but chief among them was the strong sense of community both among students and professors.”

It is that strong sense of community which she notices the most in the Cadets she teaches. “I shouldn’t generalize,” she said, “because I think the dynamic of every class group is different, and yet I would say that RMC stands apart. Something about the classroom dynamic is different here from that of classes I’ve taught at other universities. Maybe that difference stems from shared experience. In classes I’ve taught at other universities some of the students would know one another, but here, not only are most of the students already acquainted from day one of classes, but they share many of the same experiences. Only at RMC, for instance, have I taught an 8:00 class in which every single person except for myself had just finished an early morning rucksack march. I find that this common ground often enriches our discussions of course material: sometimes it enters as a point of comparison everyone ‘gets;’ sometimes it comes in as a continued sense of camaraderie. I do notice a stronger tendency towards collaboration than competition in class activities.” 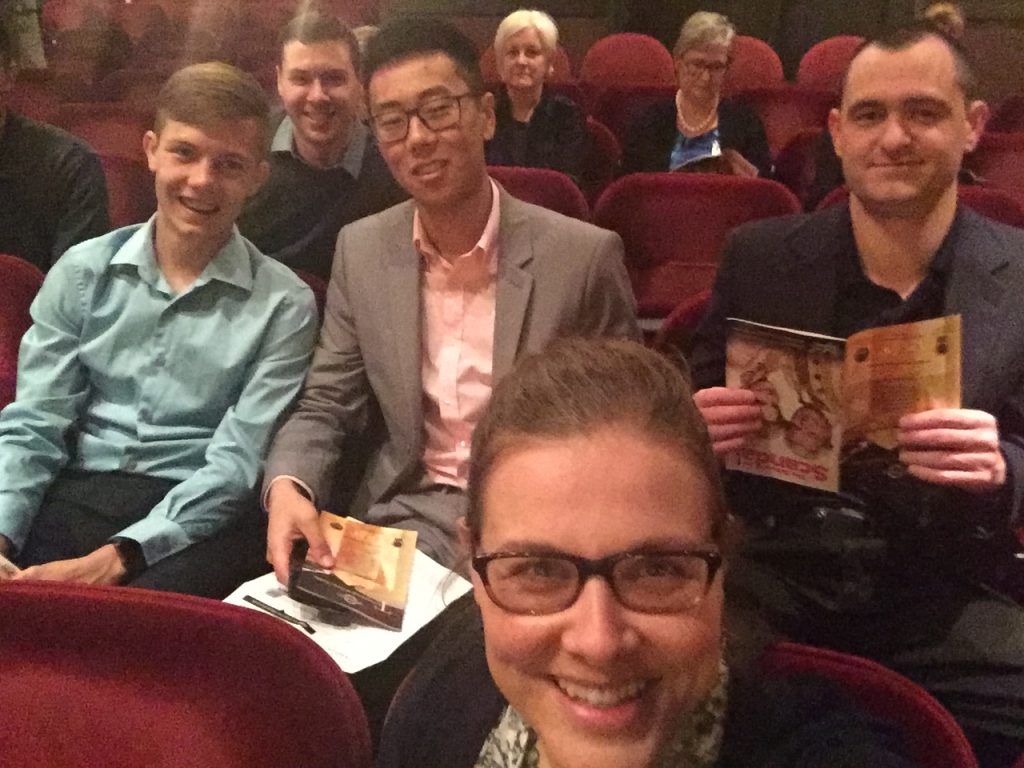 That collaboration, in turn, aids Dr. Johnson’s teaching philosophy. With trips the department takes with the Cadets to the Stratford Festival in the fall, and to the Kingston Canadian Film Fest in the winter, she explained, “the students always impress me so much with their insightful remarks about the experience, the connections they draw between the play or film and other things they’re studying; students come to the event from all different majors.”

These plays augment the exposure to early texts her students receive, and taken together, the two serve to get the students thinking in terms of evaluating current texts rather than just consuming them. “I recently read an interview published online in The MLA Style Centre about ‘Digital Literacy in ‘Post-Truth’ America’ that stressed the necessity of providing students not just with information, but with the tools they need to accurately assess the information available to them,” she continued. “It might seem a paradox, but studying texts from centuries before the digital age actually develops the skills required for digital literacy. The time gap separating us from these texts creates a productive unfamiliarity: if we want to understand what one of these texts is saying we’re forced to ask questions: can we identify its genre? What form does the text take and how does that structure shape its message? What kind of audience is it aimed at? How can we tell? Where else have we seen this kind of diction? What cultural assumptions does it reveal? These are the kinds of questions we should be asking of any text, but they are so easy to overlook when we’re absorbing up-to-the minute information in a language that comes as second nature to us. We can end up consuming instead of evaluating. If Cadets are going to lead effectively, a well-developed habit of evaluating over consuming will be advantageous.”

With the fall semester at RMC not far off now, Dr. Johnson has been busy wrapping up summer projects and preparing for the return to the classroom. “Over the summer I completed the research and first drafts of two articles for submission to academic journals,” she explained. “I prepared materials for the courses I’m teaching this year and worked on a research plan for my new project on military identity and gender in Renaissance drama. I also worked on the journal where I serve as associate editor, coordinating and contributing to the journal’s funding application and managing the peer review process for new submissions.” She is ready to go for another year of helping Cadets learn to evaluate rather than consume!

26559 Alexander Landry - LIFELONG LEARNING IN THE AGE OF ACCELERATION