March 25 marked yet another exceptional MOC Weekend for the Air Force crew of the Royal Military College of Canada, who embarked upon an exploratory day after the style of last year’s innovative and interactive approach to the traditional, annual day of exposure to individual trade environments for each element at the college.

This was only the second time that the Air Force came together to pull off a tactile experience for the Officer Cadets, in which the entire cadre of Air Force cadets were flown to CFB 8 Wing Trenton in C-130 Hercules , with a small group flying in CH-146 Griffons and CH-47 Chinook aircraft. Following their arrival, the Officer Cadets were free to explore the massive hangar at the Trenton Airport, filled with static displays of various types of aircraft and their crew or pilots, who were there to share their stories and answer the questions of eager, aspiring Air Officers from all four academic years.

The Commander of 8 Wing, Col. Keiver, welcomed the group, after which the series of familiarization flights began, giving the Officer Cadets the chance to fly in either the chinook or Griffon around the training area of Trenton and see the capabilities of the aircraft first hand. This opportunity served its purpose to excite the Air Force blue blood in the veins of the cadets, who started to feel more motivated about their goals and looking ahead to when they will be stepping into the roles they learned about, which for the fourth years is in less than 50 days, and for the first years is a reason to press forward. Once the famil flights were finished, the entire group gather at the National Air Force Museum to listen to talks from the Commandant of RMC, BGen Friday and Col. Keiver. Four Officer Cadets were presented with the commander’s coin for their exemplary service at the college through their inspirational presence and by their promising leadership skills in various teams and bar positions: OCdts Chelsea-Rose St-Amand, Mitchell Hewson, Stefan Bobes, Alex Upshaw-Dammer, and a brand new leather jacket to Alexi Lavert-Beaulieu.

There was a presentation by BGen’s Lalumière and Clancy on the perspective of two RMC grads who have since climbed the ranks of the Air Force and are now looking back, reflecting on the values of the institution and sharing their bits of advice to help us all when we graduate, so we are prepared to excel and lead in an environment that is increasingly fast-paced, challenging, and adapting. 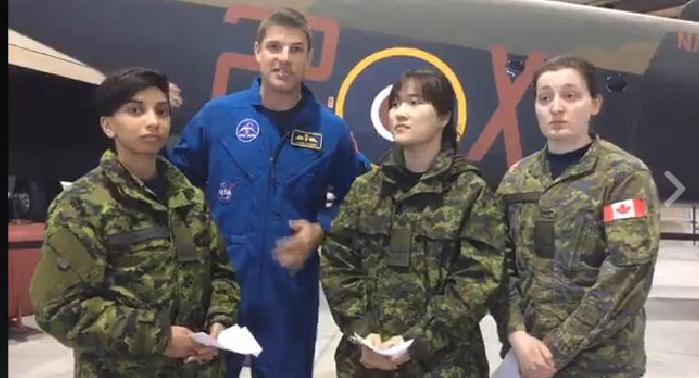 We were privileged to have two NASA members, Col Rex Walheim and Canadian LCol Jeremy Hansen, speak about being an astronaut, and from Walheim’s point of view, his three deployments to space, and for rookie Hansen, his training in preparation for deployment. By way of advice to anyone looking at astronaut in their future, both NASA members assured the crowd that as RMC Air Force Officers, “you’re already well on your way there.” The idea that with persistence, integrity, and simply doing your job to the best of your ability will get you anywhere you want, was profoundly brought forth both in that gathering and in the MOC specific briefings that followed. After an informal dinner meet and greet with officers, presenters, and cadets alike, at the Trenton Jr. Ranks mess, the RMC Air Force component headed home to the Peninsula, ready to finish off the year and go soaring “through adversity, to the stars!”

The PMT was a survey on our experiences through the ROTP program and with the recruiting center before our enrolment. It was a very in-depth survey and it was a good experience because it gave first years the ability to share their thoughts as well. Many times first years are overlooked due to their lack of experience, but gaining their thoughts is important to know how to improve things from the ground up. It will be interesting to see the results for this year and how they change over the four years at RMC.

This week, the Class of 2019 participated in two vital PMTs. The first PMT was an ROTP survey to ascertain the Cadets’ perceptions of the program and RMC. The second was a claims brief for upcoming summer training.

For the first PMT, a few second years (myself included) missed the PMT to stand on the guard of honour for the CDS, who was participating in small group engagements throughout the day. The rest of the class completed a survey about the ROTP program.

This survey is useful to ascertain the Cadet Wing’s perception of the College and to help implement change where needed. The survey covered a wide array of topics, from general morale to gender equality at the College. It is a great opportunity for Cadets to have their voices heard.

The second PMT was highly relevant to the second years. Given by Mr. Gilles Branchaud from the COR, it focused on summer training claims.

In a couple of months, the second year class will be leaving RMC to participate in military training all across Canada, with some staying behind to complete Second Language Training in Kingston. Knowing how to process claims and travel information is vital for the second years, such that they can get their remittances for travel and for the time that they spend away from Kingston.

With the academic year quickly coming to a close, these two PMTs gave us the chance to reflect upon our first two years of the program and to begin preparing for the next stage of our training.

On Wednesday March 22, 2017, the 3rd year class of RMC conducted a survey detailing the recruitment process that was experienced during our application process. The survey covered a variety of topics such as positive and negative items explained by the recruiters, the medical portion of our application, and asked if any cadets had faced any gender or racial discrimination during the application process. Another topic discussed was how cadets were being treated by their peers, the training wing, and the academic wing. Overall the survey was very thorough and covered a wide variety of possible issues that cadets may have faced during their application process and how they are currently being treated here at RMC.

Yesterday the cadet wing took a survey. My whole flight went down to complete the survey at 9am at the cadet mess. The survey talked about the recruitment process, application process and equality at the college. I think this surveys are really important to help make the college a better place and is can also be used to try and recruit the best people to attend the college. As a fourth year a lot has changed over the years but surveys help to make those changes for the best. 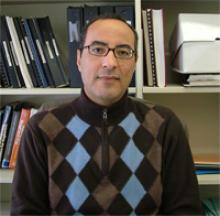 RMC’s Three Minute Thesis (3MT) competition was held on March 17, 2017 and the event was well attended. I wish to thank all participants: Luke Peristy, Evan Veryard, Tyler Reyno, James Kim, Daniel Cruz, Afaf Moumin and Stevan Ostojic and congratulate them on their excellent presentations. The competition was very tight, however, the judges reached the following decision:

Congratulations and best of luck to Stevan Ostojic, who will be representing RMC at the Ontario 3MT competition that will be held April 12, 2017 at the University of Waterloo.

The prizes of $300 for the first place, $200 for the second place, and $100 for the third place, as well as the trip and registration fees to the Ontario 3MT competition are fully funded by the RMC Foundation. I would like to thank the RMC Foundation for their generous support of this event, and for making it possible for RMC to be represented at the provincial level of the competition.

I would like to thank Base Photographer Steve McQuaid for having taken the time to cover the event in its entirety. Also, I am grateful for the administrative assistance of the staff of the Division of Graduate Studies and Research. Finally, I would like to acknowledge the tremendous effort put forth by the labour crew to organize the space for the presentations.

The Private’s Tryst—Finding an M-16