On the night of Mon. Jan. 9, 2017, RMC held its internal competition to see which students would represent RMC at the Ontario Engineering Competition (OEC) at Carleton University, 27-29 January 2017. The competition was run by 23191 Captain Sean Leithead, who is the Special Assistant to the Dean of Engineering and an Assistant Prof in the Mech and Aero Engineering Department. For the internal competition, each team had 1 hour to build a golf ball launching machine, using only 20 popsicle sticks, 10 wire pipe cleaners, 10 sheets of paper, 4 rubber bands, and access to duct tape, glue guns, scissors and utility knives. The competition itself consisted of launching a golf ball as far as possible with accuracy, as well as orally presenting the design in a 5 minute presentation. The distance was measured according to where the ball first contacted the ground. One hand was used to hold the machine, and one hand was used to run the launch mechanism. At least one part of the machine had to be touching the ground at the start line. 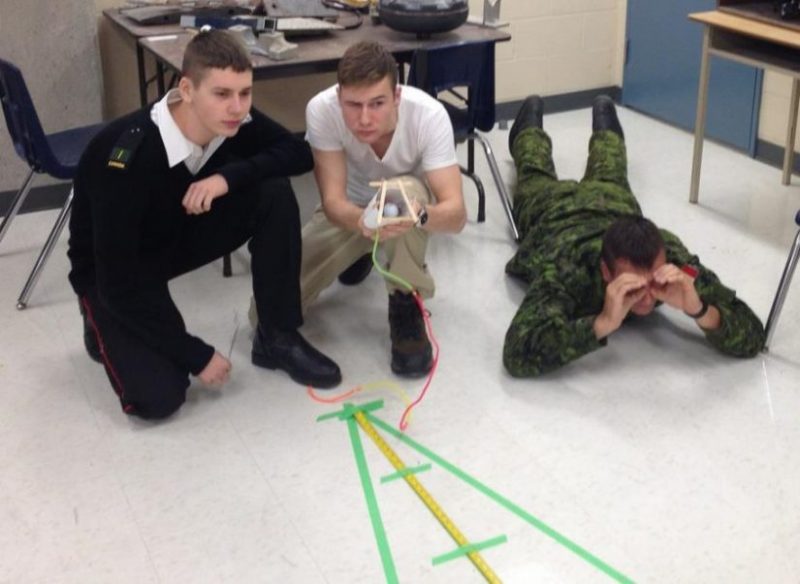 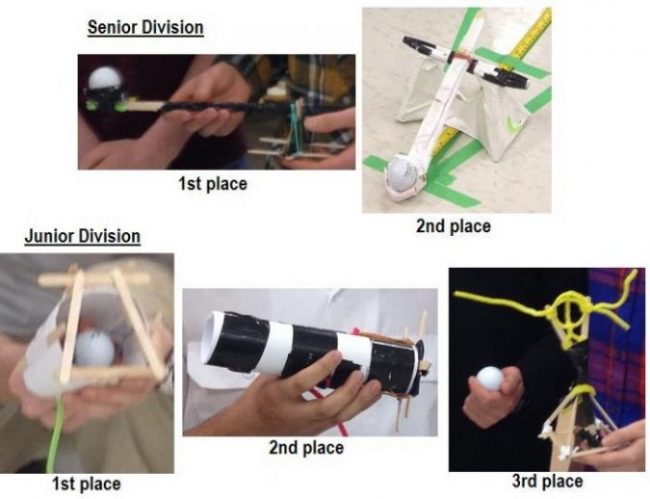 All Designs Used for the RMC Internal Competition

All of the teams showed ingenuity and out-of-the-box thinking in terms of their designs and their use of the provided materials. All of their presentations were also solid. I am confident that the Junior and Senior Teams we are sending to the Ontario Engineering Competition (OEC) will do RMC proud. I would also like to thank the generosity of the RMC Foundation, who is providing funds to allow RMC to send these teams to the OEC.