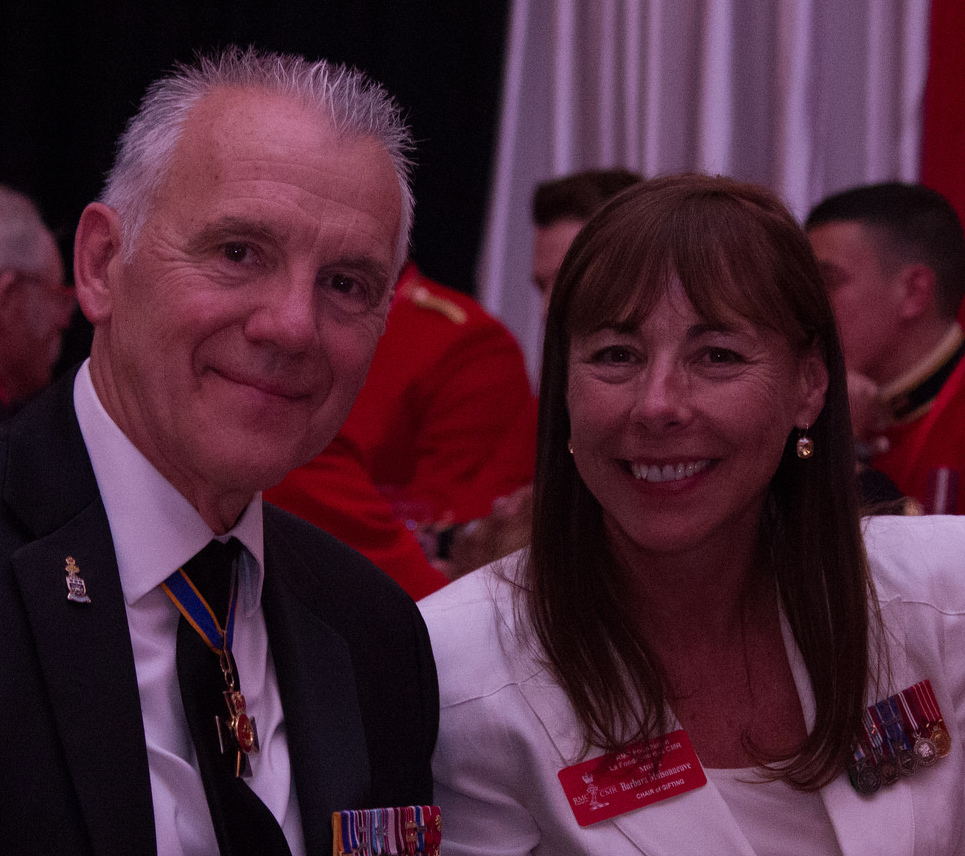 “10966 Michel and M0472 Barbara Maisonneuve were THE KEY leaders in organizing this wonderful celebration of Birchall. In their selfless manner, they will be embarrassed to receive this recognition.
There were many great hardworking volunteers from CWH and RMC and connected friends, but Barbara and Michel accounted for well over half of the sponsor contributions, Michel was the principal designer of the “dinner flow”, ie the sequence of events during the gala, and of the classy Dinner Program. Michel did all the hard background work in getting Cadets, Colour Parties, and Drum Line to attend. Barbara has been a huge motivator and do-er in virtually every aspect of making it happen. Not to mention it was HER initiative that put CWH and RMC in touch at the beginning.
The RMC community owes them our sincere respect and gratitude.”

After two years of dithering, are Liberals finally about to decide on a UN peacekeeping mission?

Contractor digging for answers at the CANEX gas station

Royal Canadian Dragoons mark 117 years since the Battle of Leliefontein

8 Wing High Frequency Capabilities: #1 in Canada and #2 in the world

The story of WWI Gunner Faus Metcalf, ‘who died … without a chance to live’

At 103, this Maryland veteran is the oldest living graduate of West Point 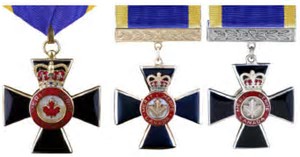 New Order of Military Merit recipients – here is the list 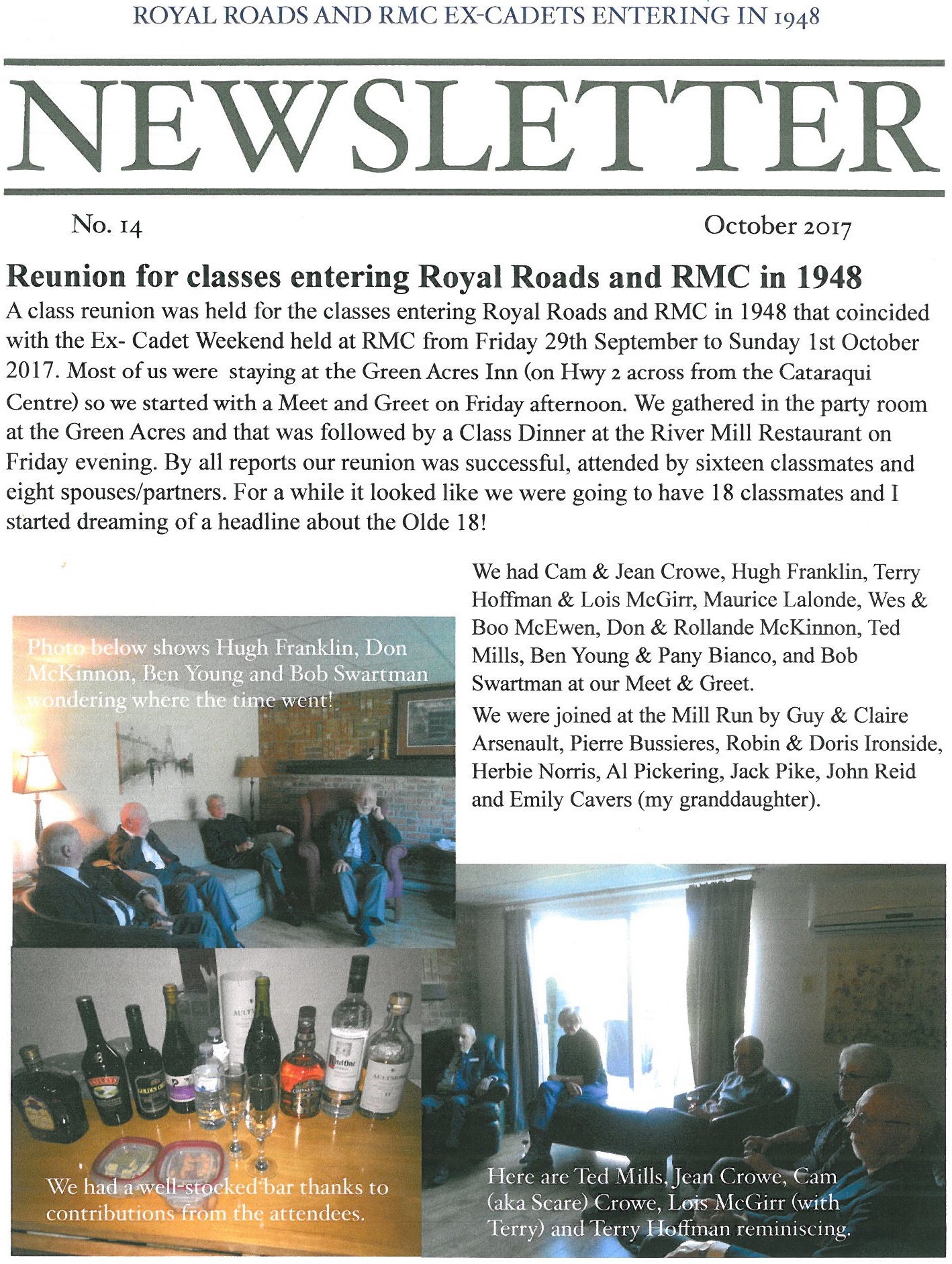 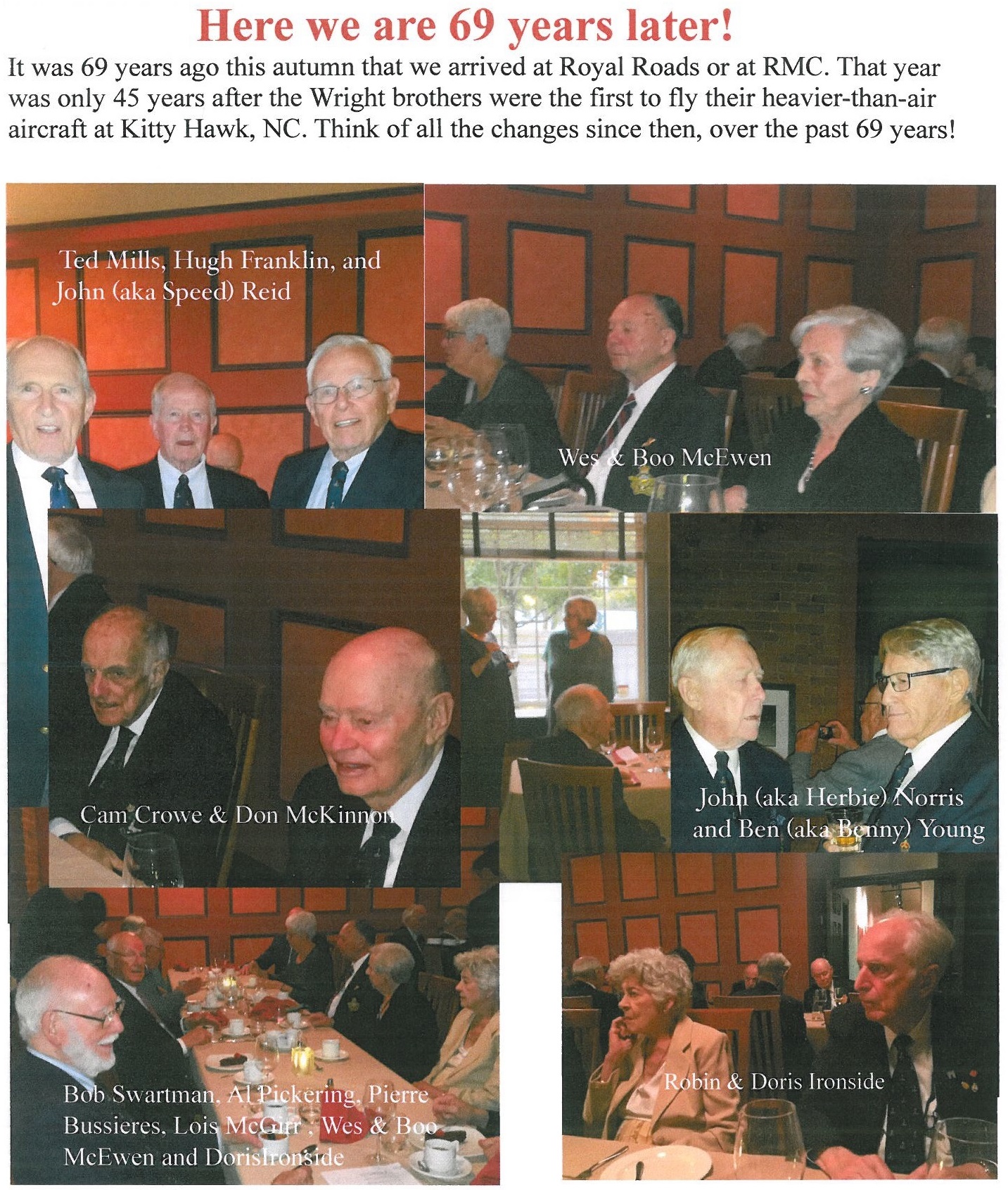 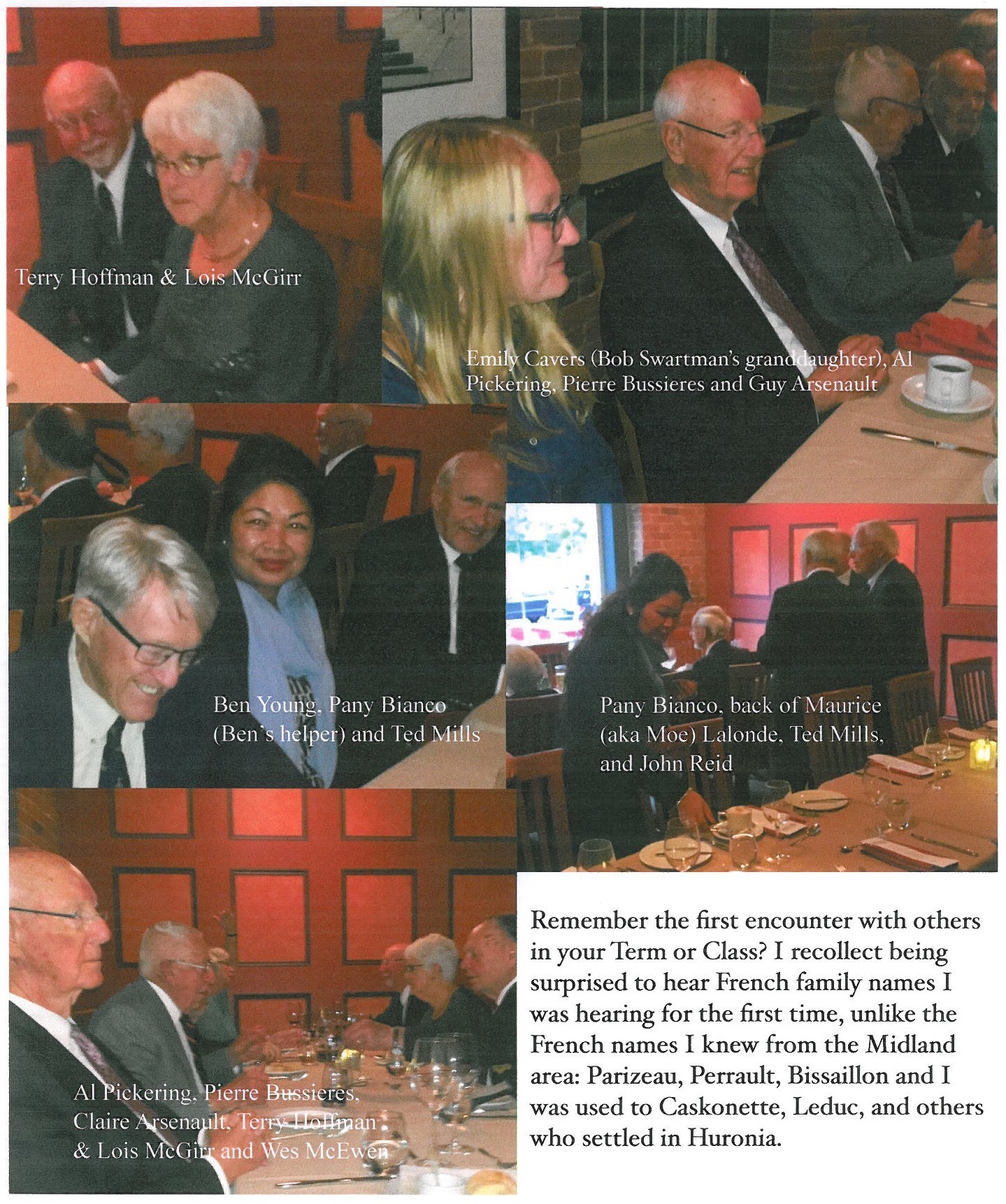 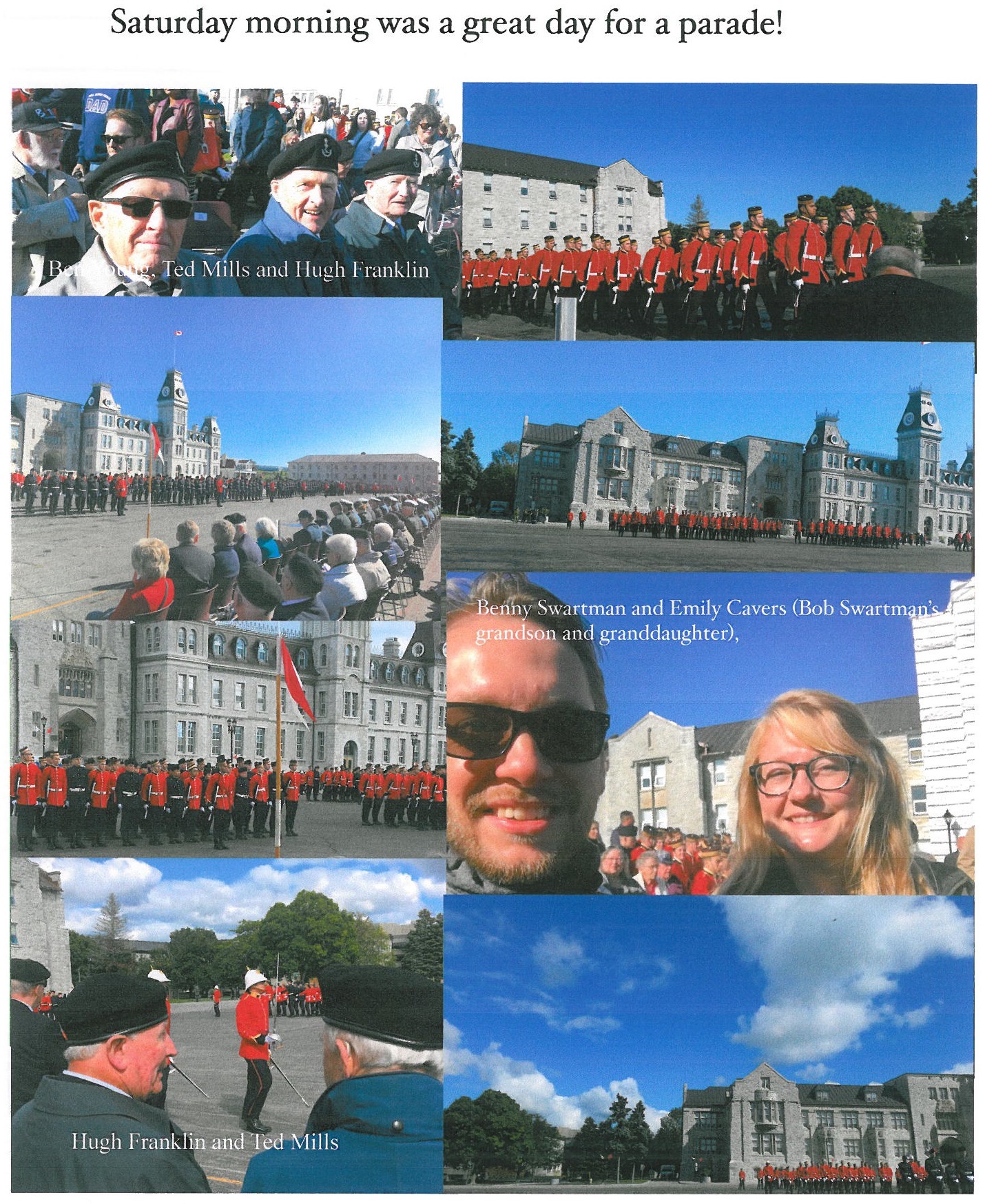 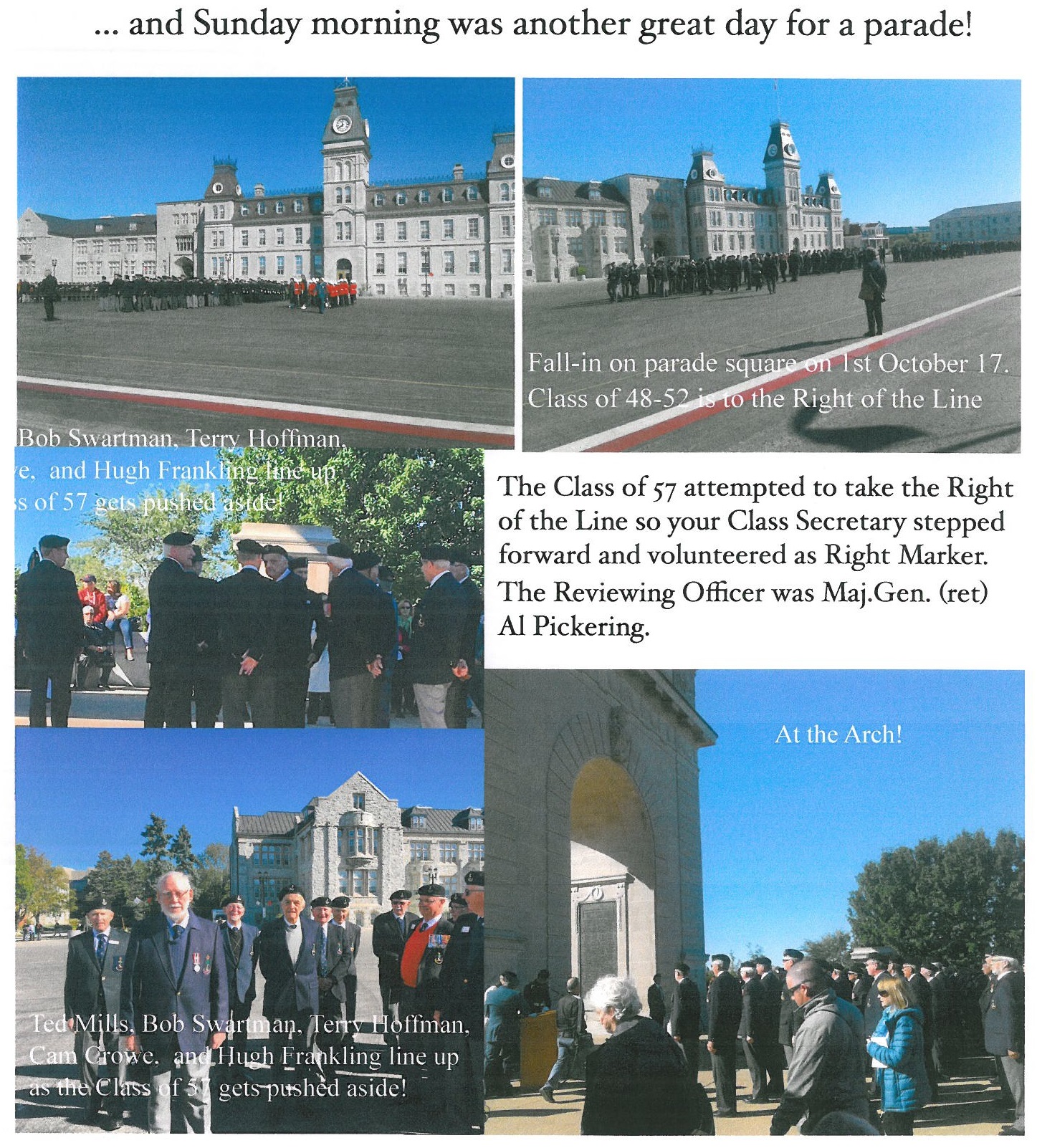 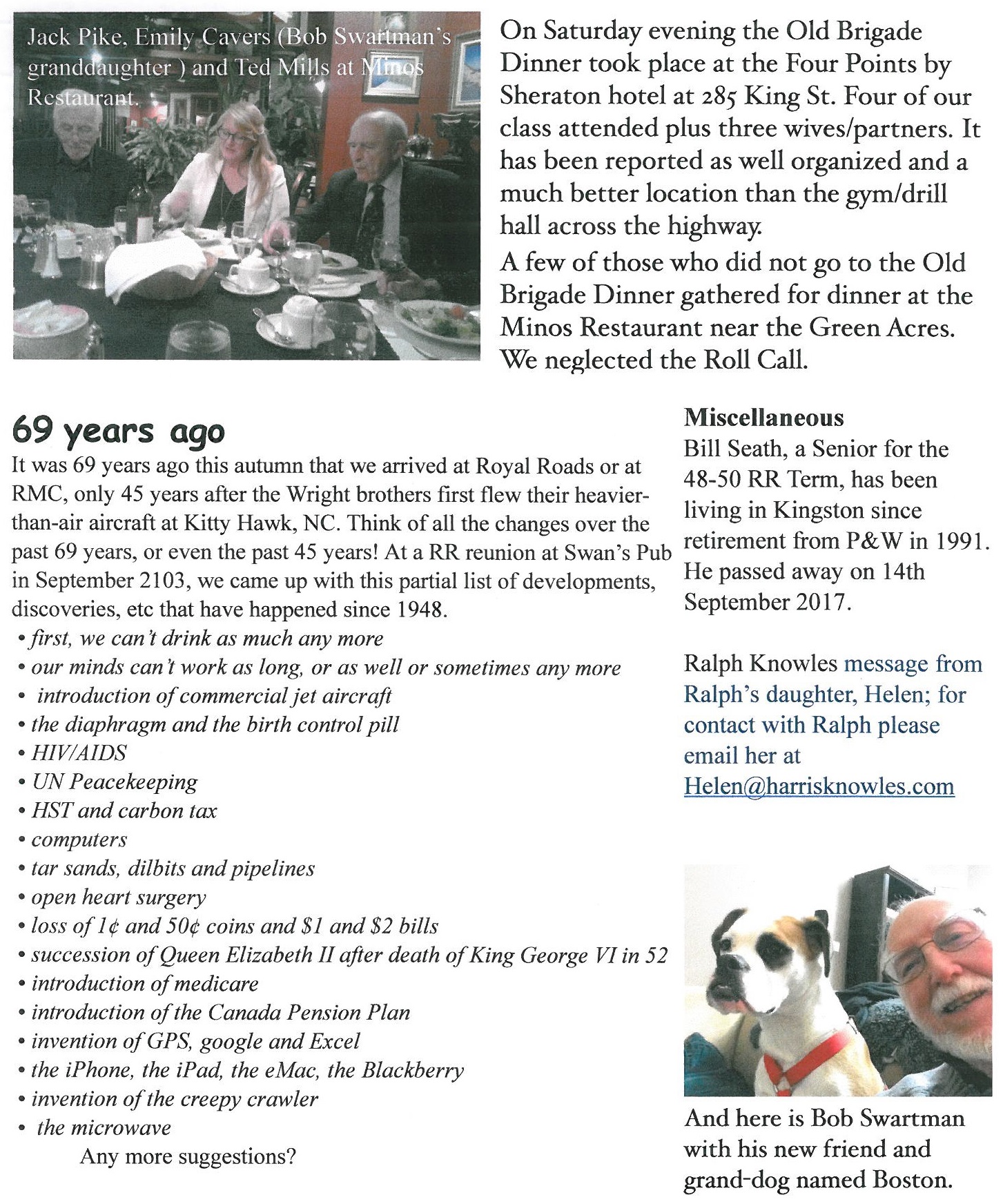 11 Nov from different perspectives & We Remember