Changing of the helicopter guard: Cyclone ‘leaps ahead’ of Sea Kings

How many readers recall receiving one of these back in the day? 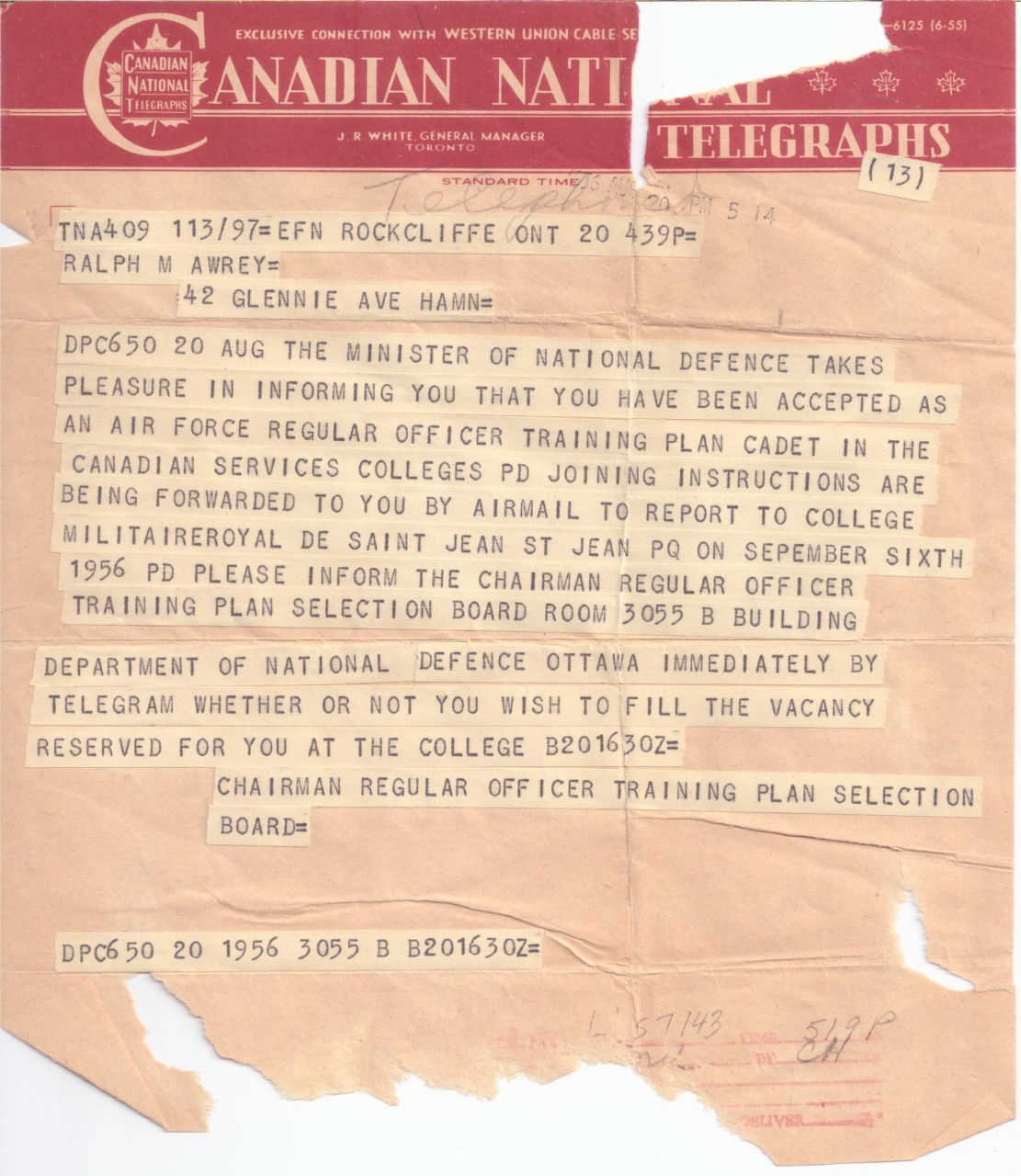 Incoming CO 19307 Captain(N) David Benoit (a former RMC Club President) speaking at the ceremony which was conducted on the Fleet Maintenance Facility CAPE BRETON  (FMFCS)  jetty with HMCS ST. JOHN’S in the background.

The sun was prominent and it was very warm during the 45-minute ceremony which was held this past Friday, 10 August.
A reception was held onboard the ship on the ship’s flight deck.

Once again, the Toronto Branch is supporting the CANSO memorial golf tournament honouring 6513 John Bart (65) – photo left and 7076 John Van Haastrecht (66) – photo right. The proceeds are divided evenly between the Princess Margaret Cancer Foundation and the RMC Foundation. Your enthusiastic support is solicited. You can play, sponsor a hole or sponsor skill competitions such as longest drive or closest to the pin or, be a lunch sponsor. All contributions are wholly or partially tax deductible. For full details, visit the Toronto Branch Web Site or Click HERE for Canso Charity Golf Tournament – Golf Tournament Registration

Thank you for your support. 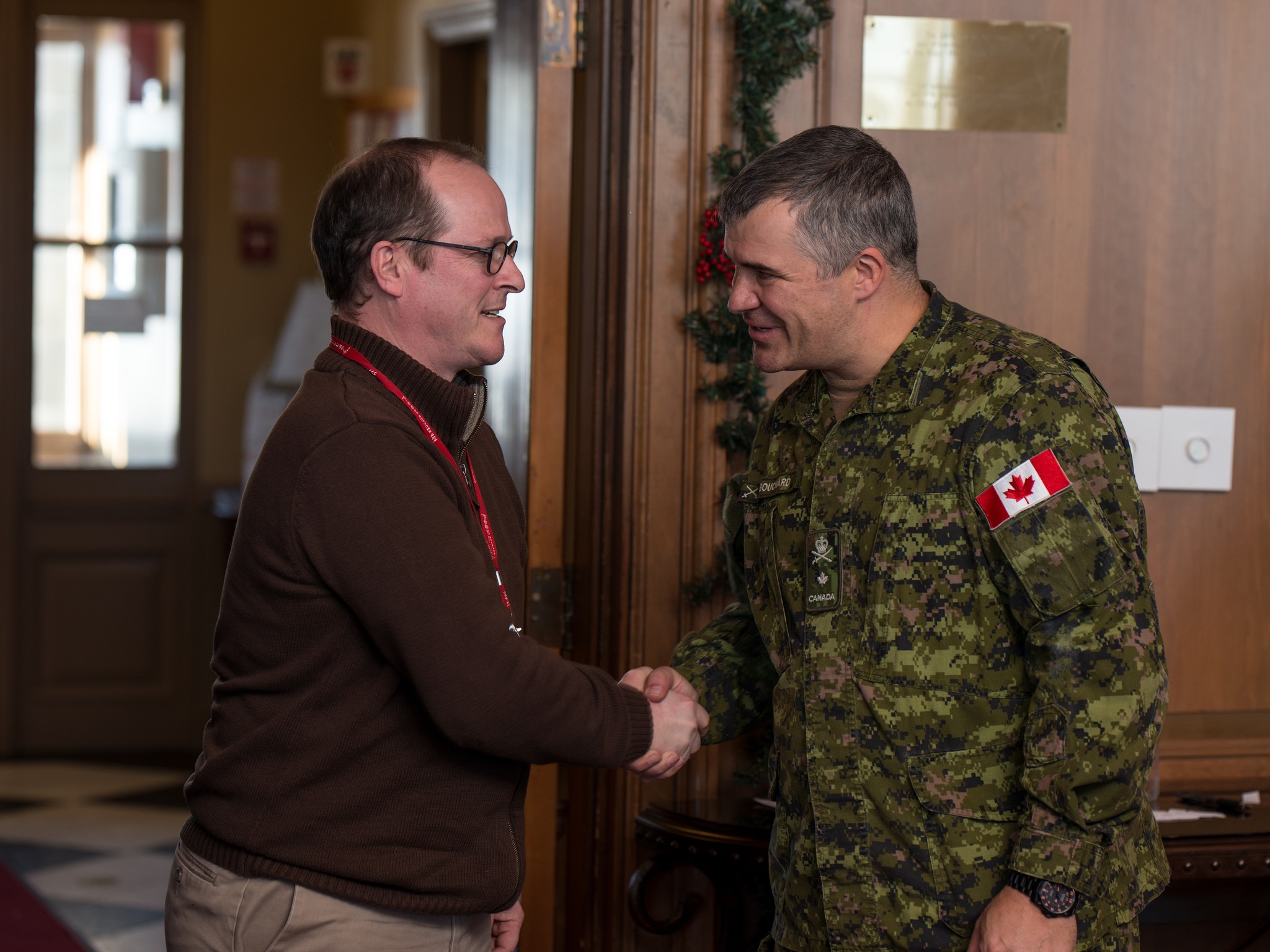 Left – Rick Melanson being publicly recognized by the Commandant, BGen Bouchard at a recent College function for his outstanding volunteer contributions on behalf of RMC.

M0824 Rick Melanson UTPNCM graduate, has decided to retire from RMC at the end of August.  The College will host a get-together on TUESDAY 21 August at the Senior Staff Mess, RMC Kingston, from 15:00 to 18:00 in his honour.

Rick will be leaving huge footprints from both his primary position and the number of volunteer projects he has supported with passion over a number of years.

There will be light refreshments and the bar will be open.  [email protected]