Curler John Morris on moving from the Olympics to entrepreneurship 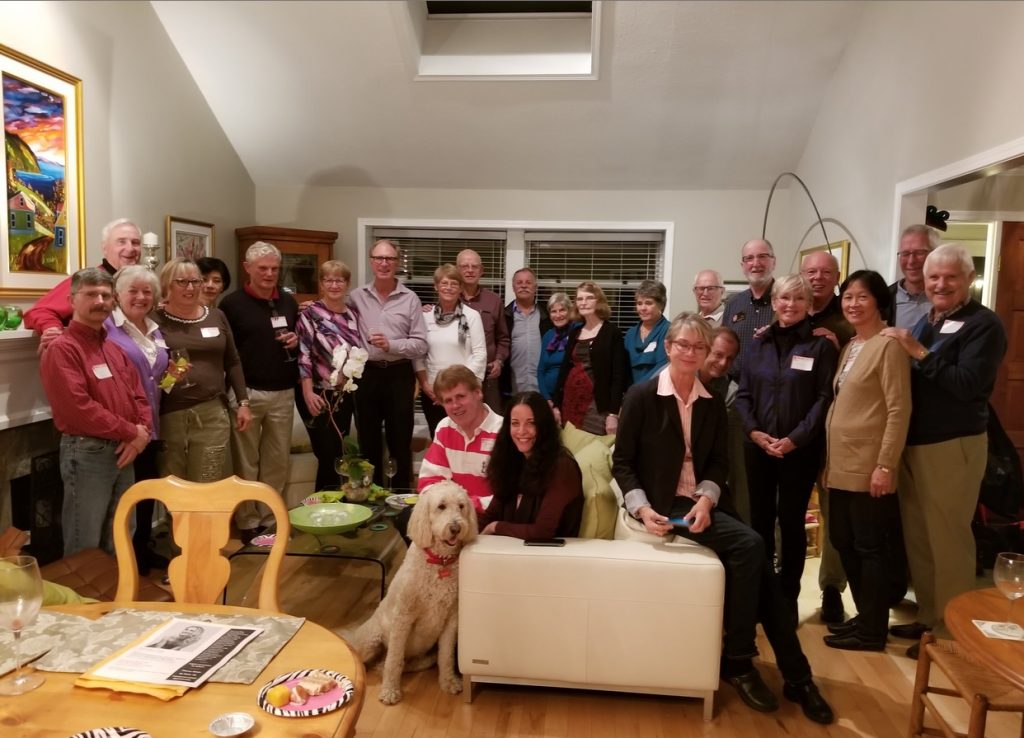 On Saturday September 22nd, RMC Club Vancouver Branch held their annual fall BBQ at the home of Marc and Joan Duncan in North Vancouver. The Annual Dinner and AGM will be held on October 13th at the Seaforth Armoury/Vancouver Garrison Officer’s Mess. 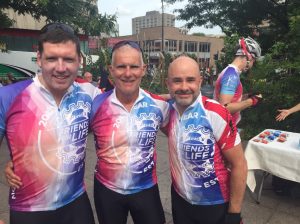 Above (l-r) Adrian Rawle, Henry D’Auchapt, Mike Loader
This summer, three ex-cadets, 10932 Henry D’Auchapt (class of ’76), 16107 Mike Loader (class of ’87), and 21982 Adrian Rawle (class of ’02), participated in the 20th annual Friends For Life Bike Rally(F4LBR) in support of People With AIDS (PWA).
The F4LBR is a 600km ride from Toronto to Montreal, completed over six days.  Riders raise money in support of PWA, which is a Toronto-based charity that provides a variety of supports for people living with HIV and AIDS.  This year’s F4LBR consisted of about 250 six-day riders.  We started in Nathan-Phillips Square in Toronto and, six days later, rode into downtown Montreal, arriving at Place Émilie Gamelin.  We sleep in tents along the route (the tents are carried in trucks) and meals are catered.  It is a great deal of fun as well as an enjoyable physical challenge, and it’s a great cause.
This was my second year riding, and it was a great pleasure to meet two other ex-cadets on the ride.  I did not know there were other RMC grads on the ride and we only identified each other by coincidence.
I plan to do the ride again next year, and would enjoy the company of anyone else who is interested.  It’s a great experience.  Feel free to get in touch if you’d like more information.
Adrian Rawle ([email protected])

The Smith Twins at the Canadian Service Colleges