Interview with 8816 Marius Grinius about the situation in North Korea

Christie Blatchford: Proud Boys’ behaviour might be goofy, but is hardly ‘deplorable’

Military has made serious effort to reduce pension delays: Lieutenant-General

Matthew Fisher: For Trudeau, a UN mission in Africa appears ever more daunting

Leveling the field on CAF operations

Women in Force: a military introduction

Squadron 426 has been busy!

Another outstanding Ottawa Branch Golf Tournament this past Friday with over 140 participants.

The Class of ’69 was out in force once again with a contingent of 14 golfers making up some ten percent of the field.

The 69ers, along with several other classes, sponsored a hole with such sponsorships adding significantly to the financial success of the event.

Despite all odds the event was blessed by dry weather and a great time was had by all.

Kudos to the organizers and all participants. See you next year. 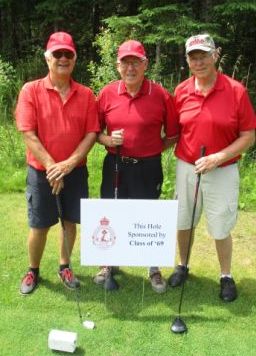 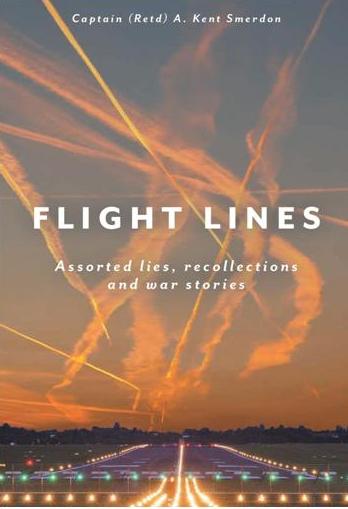 Every occupation has its secrets. However, few can say their occupation includes adventure. Kent Smerdon has enjoyed a wide ranging flying career from air force to civilian. Now retired, he has published his riveting memoir with appeal for pilots and passengers alike, Flight Lines: Assorted Lies, Recollections, and War Stories.

Thirty seven years of professional flying in more than a dozen aircraft types comprise the high-flying highlights of retired Captain A. Kent Smerdon’s career. Flight Lines includes Kent’s fond recollections of his father’s flying adventures during WWII, flying supersonic interceptors, a detour flight through the depths of the Grand Canyon in a RCAF T-33 jet, piloting RCAF/Government VIP Challengers for Prime Minister Brian Mulroney and family, airshow tales with shuttle commander Col Chris Hadfield, a brief helicopter intermission before Captain Smerdon finishes his airline career right on target; in the left seat of the B-767-300. The book is studded with personal touches, high drama, and thundering humour. Flight Lines tells the many stories of a flying man, complete with intimate insights, interesting trivia, technical asides and a steady current of entertaining stories about the compelling adventures of a career airborne.

“Captain Smerdon introduces us to his sometimes wacky world of flying and captures many of our own remembrances of some crazy things we did decades ago. This delightful quick read is a humorous, thoughtful and provocative retrospective of a career in both military and civilian flying worlds. A MUST read.”

About the Author
Kent is happily preoccupied by a new life filled with the duties of a grandparent and other distractions in the home he shares with his wife, Liz, in Barrie, ON. He is a member of the RMC Club of Canada, The RCMI in Toronto, The Air Force Association, The Air Canada Pionairs and RAPCAN (Retired Airline Pilots of Canada. He also volunteers at the Barrie Food Bank.

by Captain (Retd) A. Kent Smerdon

The book is a series of short stories, a “memoir in anecdotes” that follows the author through his early years as a youngster in Toronto, on to Military College and Air Force flight training  and then through a broad spectrum of professional aviation ending as an Air Canada Captain. Over his 37 year career, Captain Smerdon was certified and licensed to fly well over a dozen different aircraft types and their variants, from supersonic jet fighters, to helicopters to Boeing 747s and much in between.

The book is studded with personal touches, high drama, interesting aviation trivia and thundering humour. Flight Lines is neither an autobiography nor a book just for pilots. It is filled with many personal yarns plus contributions from his late father Allan, a WWII RCAF instructor and Mosquito pilot and from many friends, pilot colleagues and other keen contributors to the book. 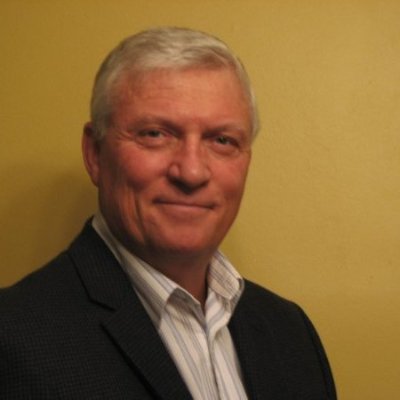 9719 Kent Smerdon (Class of 1973) was born in Toronto in 1950 and was introduced to flying as a youngster by his father, a WWII RCAF veteran Harvard instructor and Mosquito fighter/bomber pilot. His exposure to and interest in flying led to his enrolling in the Canadian Air Force via a scholarship with Canada’s Military College at Kingston ON (RMC) directly after graduating from high school in 1969.  A varied and remarkable career in aviation began.

During the break between his third and fourth year at RMC, he married is high school sweetheart Liz and moved her to Kingston before graduating in 1973 with a degree in Applied Science and Engineering. He then started the serious business of Air Force “wings standard” training.  After wings and subsequent qualification on supersonic interceptors, Kent was posted to 409 (AW) “Nighthawks” Fighter Squadron in CFB Comox BC under the command of NORAD. (North American Aerospace Defence) During that time, he flew #3 position in the 409 “Hawks” air demonstration team and was chosen to compete for Canada at the 1976 Bi-Annual “William Tell” Weapons Competition at Tyndall AFB in Florida. He was then posted as an instructor pilot on Voodoos at 410 Cougar Squadron OTU at CFB Bagotville Quebec. Kent left the Air Force for Air Canada in 1980 but kept ties with the military through 401 “Ram” Squadron at St Hubert Quebec where he learned helicopter flying.

The recession and high interest rates of the early eighties compelled Kent to take a leave from Air Canada and return to the regular Airforce at NDHQ in Ottawa before being assigned the position of Challenger Flight Commander at 412 (VIP) Squadron at CFB Uplands.  After a six year leave he returned to Air Canada and left the military behind for good. After upgrading to A-320 Captain in 2000, he finished his career as a B-767-300 Captain in 2010 after having been qualified to fly over 18 different aircraft types and their variants over 37 years in aviation.

Kent is a Director on the Board of Aeroserve Technologies Ltd., a life member of the RMC Club of Canada, a member of the Air Force Association, the Air Canada Pionairs, RAPCAN (Retired Airline Pilots Canada) and the Royal Canadian Military Institute in Toronto. He is a cancer survivor, grandfather of twins, a keen tennis player, loves to swing a hammer, and volunteers at the Barrie Food Bank.

Captain Smerdon retired in 2010 after 31 years with Air Canada. He lives in Barrie Ontario with Liz, his bride of forty five years.