Ex-Cadets and more in the News

How Canada can help solve the North Korea crisis

From Canadian Armed Forces officer to airline executive: how this EMBA’15 grad did it

Why Parliament needs a dose of intelligence

Sean Maloney, a professor at the Royal Military College of Canada

Why Canada needs to revisit its stance on ballistic missile defence

Checking in with the chancellor

Some Comments on the Auditor General Report 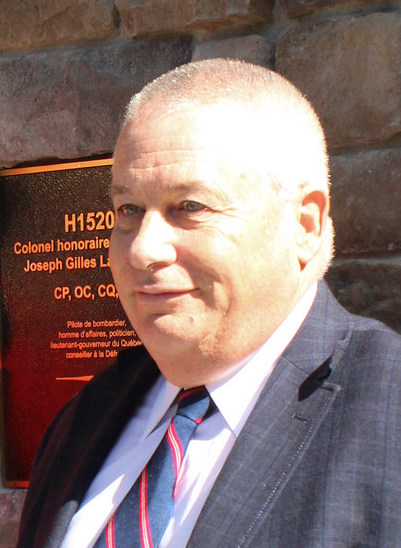 Judging by the number of comments that appeared in last week’s edition, it would seem clear that the recent Auditor General’s report struck a nerve with readers of e-Veritas. Having now read through the report in detail – twice – I’d like to share a few perspectives of my own, and would be pleased to invite feedback from our readers.

My initial reaction to this report is that the rather sterile analysis that forms the basis of its substance is probably the kind of thing one would expect to see from a group of auditors. Likewise, the bland, carefully-worded response by the Chief of Defence Staff is exactly the kind of phraseology that the DND public relations bureaucracy is well-noted for churning out. It was interesting to see that the most intelligent and thoughtful response to the report came not from the man at the top, but rather from someone at the very bottom of the military hierarchy, namely Officer Cadet Eliza Bruce, whose insightful comments revealed a degree of wisdom far beyond her years. Well done, Eliza, and keep up the good work.

In any event, it’s clear that the recent report levels a number of serious criticisms at RMC, and to anyone who has ever attended the College as a cadet, at least some of these observations will come as no surprise. But having had some time to now reflect on the report, I think it’s equally clear that it comes up short in a number of respects. I would in fact suggest that there are three important considerations that are noticeably absent, but that need to be part of any future dialogue regarding RMC and its role in Canadian society.

The first relates to the cadets themselves. The report comments at some length on a number of their perceived shortcomings, but what it fails to acknowledge is the fact that the young people who come into the College are pretty good to begin with. In fact, I would argue that on the whole, the recruits that RMC typically attracts are exceptionally good, and a few noteworthy exceptions like myself, have been consistently so dating back to the days of the Old 18.

Unlike the vast majority of civilian universities, where admissions decisions are made almost entirely on the basis of a very impersonal evaluation of an applicant’s academic marks, simply getting into RMC requires prospective cadets to successfully make it through a much more rigorous and comprehensive selection process. Moreover, everyone who chooses to attend RMC does so of their own free will, and for those who stay for any length of time, we all know what they have to go through. So, I think it would be fair to conclude that the members of the cadet wing are a pretty talented and motivated bunch.

The quality of the end product produced by any institution depends to a very great degree on the quality of its inputs, and in this respect, RMC has always been fortunate to have pretty good raw material to work with. Certainly, as the AG report points out, there are problems at the College, but I think many of these are a reflection of deficiencies in the system itself, as opposed to flaws within the young people who come into it. As we know, the cadets did not create the system, and they can do virtually nothing to change it. That’s the prerogative of the senior staff to which cadets look for leadership, and they are the people who must ultimately accept responsibility when things don’t go the way they should.

The second glaring omission in the AG report is that, while it quite correctly notes that the stated mission of RMC is to produce career officers for the Canadian Forces, it fails to make any mention of the fact that Ex-Cadets have gone on to distinguish themselves in many other fields of endeavor. The products of RMC – both those who graduated, but also a great many who did not – have gone forth from the peninsula to rise to positions of senior leadership in business, government, the professions, academia, and many other walks of life. Each, in their own distinctive way, has served Canada very well.

In this respect, though many RMC graduates have gone on to very successful military careers, the College’s impact on Canadian society extends far beyond the realm of the armed forces. I would in fact argue that that as a result of the many and varied accomplishments of Ex-Cadets, RMC’s contributions to Canada are all of proportion for an institution of its size, and the products of the College can indeed be considered as being “nation builders” whose efforts have done much to shape Canada into the country that it has become today.

My final critique of the AG report is that much of its apparently unfavourable evaluation of RMC appears to be grounded in a very clinical, dollars-and-cents type of analysis. The report takes pains to point out that the cost of educating officer cadets at military college is significantly higher than that associated with putting them through civilian university, and concludes by saying that “the Royal Military College of Canada could not demonstrate that it produced officers at a reasonable cost”. Also worth noting, however, is that the good people who authored the report make no mention of exactly what they deem to be “reasonable cost”.

There is a fundamental problem with this line of reasoning, and that is, as anyone who has ever passed through the College will readily appreciate, the real value of being at RMC lies in the intangibles, the things that cannot be easily measured or quantified using any set of off-the-shelf metrics. In fact, I would go so far as to say that the real value of attending RMC is something that cannot be measured at all. It is the uniqueness of an experience – something which most of us only many years afterward come to fully appreciate – that is truly transformative and life-changing, and something that can never be fully understood except by those who have suffered through and endured it themselves.

The most important person in any publicly-funded organization is the taxpayer, and speaking now as one of them, I can certainly understand and appreciate the need for DND to be mindful of cost-effectiveness in managing its affairs. But to treat the evaluation of an institution like RMC strictly as a bean-counting exercise does a great disservice to the College. As Eliza Bruce quite correctly pointed out, it is the living history – the unique and indomitable fighting spirit, the sense of camaraderie and shared mission, the feeling of belonging to something that is much, much greater than oneself – that make RMC the great institution that it is.

As the Auditor General’s report has shown, it is a relatively straightforward exercise to calculate the financial costs of putting someone through RMC. However, what the authors of this report apparently have failed to understand – probably not surprisingly – is the fact that when cadets leave the College, they take with them some unique and special things that no amount of money could ever hope to buy.

One of the things that was particularly disappointing was to see the suggestion raised in certain areas of the media that continuing to operate RMC may not be worth it. Sure, closing down the College might save taxpayers a few bucks, but at what cost ? In a country that has become increasingly preoccupied with “inclusiveness” and “political correctness”, and one in which mediocrity seems to have become the commonly accepted standard, RMC stands out as a rare and enduring example of excellence, a place where young Canadians from every corner of this land are encouraged to come together as one, to reach beyond their limitations, and to strive to become the best they can be. Maybe I’m naïve and idealistic, but to me, that’s something worth preserving, and worth protecting if we have to.

It was 40 years ago this year that I myself had to leave the College, and readers of my past submissions will probably know that my own time at RMC came to a premature and unhappy ending. But much as I have always regretted the circumstances under which I had to leave, I have never regretted the decision to come here in the first place. Looking back now, I believe my own time at RMC, as brief as it was, gave me the opportunity to make many lifelong friends, and helped me to become a better professional, and a better Canadian, than I might otherwise have been. And for that, I am truly thankful.

In 25 years as a professional management consultant, I have often reflected on a timeless quotation from General Colin Powell, which I first came across many years ago in his superb autobiography My American Journey:

“Experts often possess more data than judgment. Elites can become so inbred that they produce hemophiliacs who bleed to death as soon as they are nicked by the real world.”

Powell himself was a graduate not of West Point but rather the lowly City College of New York. He began his career as a young black Lieutenant in an officer corps dominated by whites, some of whom made no secret of their racial prejudices. He survived two tours in Vietnam, and lived through the long and torturous rebirth of the U.S. Army that took place in the years after the war ended. And over the course of his 35 years of service, he overcame tremendous obstacles to rise to his country’s highest military office. His words of wisdom have provided me with valuable guidance in many of my own professional endeavours.

If there’s one thing I have learned in my own years of consulting, it may be that there are many people out there who can – and often do – make a living by crunching numbers or regurgitating data. But the qualities that I believe make a truly effective professional advisor – things like insight, judgment, and wisdom – are traits that can’t be taught in any graduate program, and that oftentimes have become all too rare in today’s world.

The AG report identifies varied and sundry  problems at RMC, and I am sure at least some of these problems are there. The report makes numerous recommendations for change, and some changes undoubtedly need to be made. But at the same time, I do find some of the sweeping generalizations that are contained within the report to be very troubling, and because of this, I do hope great care will be taken with any future decisions that are made as a consequence of this report.

The final thing I am going to say is, it really is a shame that this report was not done 40 years ago. If the members of the study team had been able to see what really went on at the College in those days, they probably would have had a collective heart attack. But as we were told as young recruits, if you can’t take a joke, you shouldn’t have joined the Royal Military College.

I am pleased to submit these thoughts for consideration by my fellow Ex-Cadets, and look forward to your comments and feedback.