Ex Cadets & more in the news…

Canadians should not be ashamed of their history

On the Vimy anniversary, it’s time we all learned the name Arthur Currie 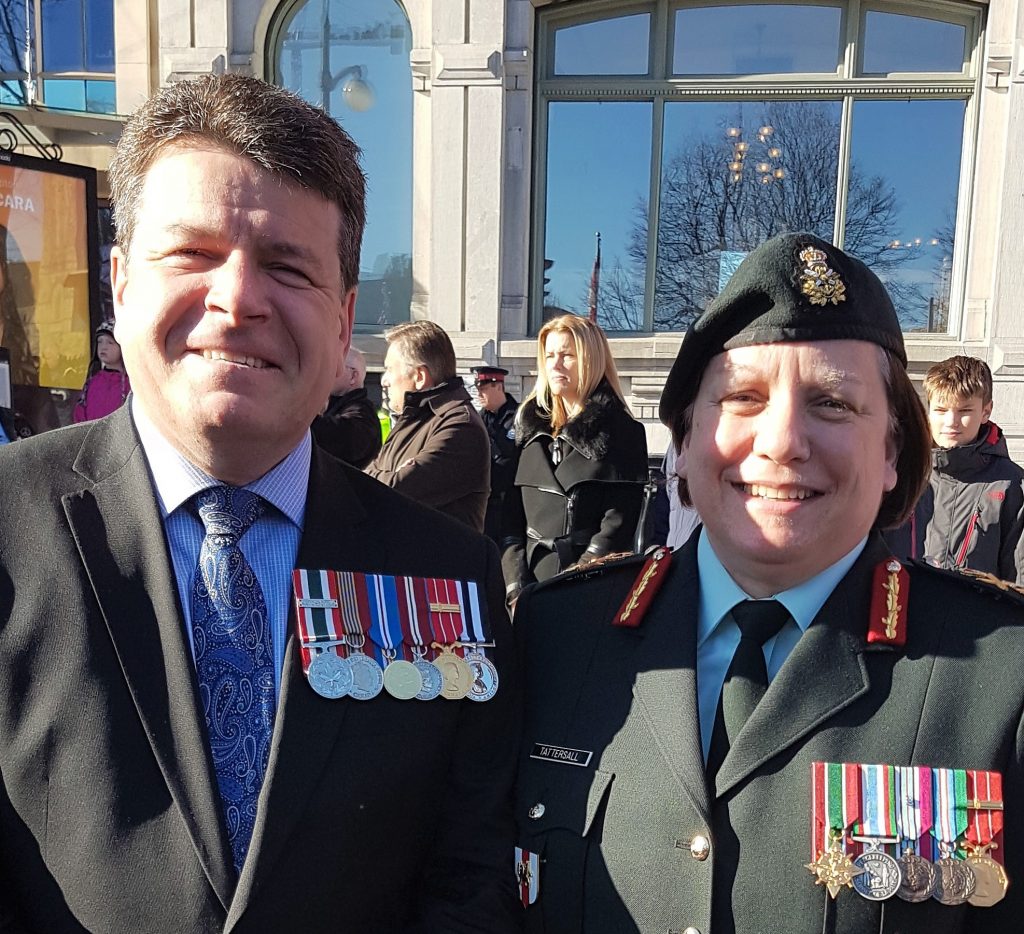 In the photo they are  seen here together at the 100th Anniversary of the Battle of Vimy Commemoration Ceremony held in Ottawa at the National War Memorial for those unable to attend the ceremony in France.  The ceremony was held on 9 April 2017. Bruce had this to say:  “I am also pleased to say that we are neighbors in Stittsville, Ontario.  Not sure what the odds are of having a neighbor whom you worked with some 25 years previously.  It certainly makes for some great conversation.”